In the lawsuit, Kendrick Wilson describes Detective Brett Hankison as a "a dirty cop with a vendetta." 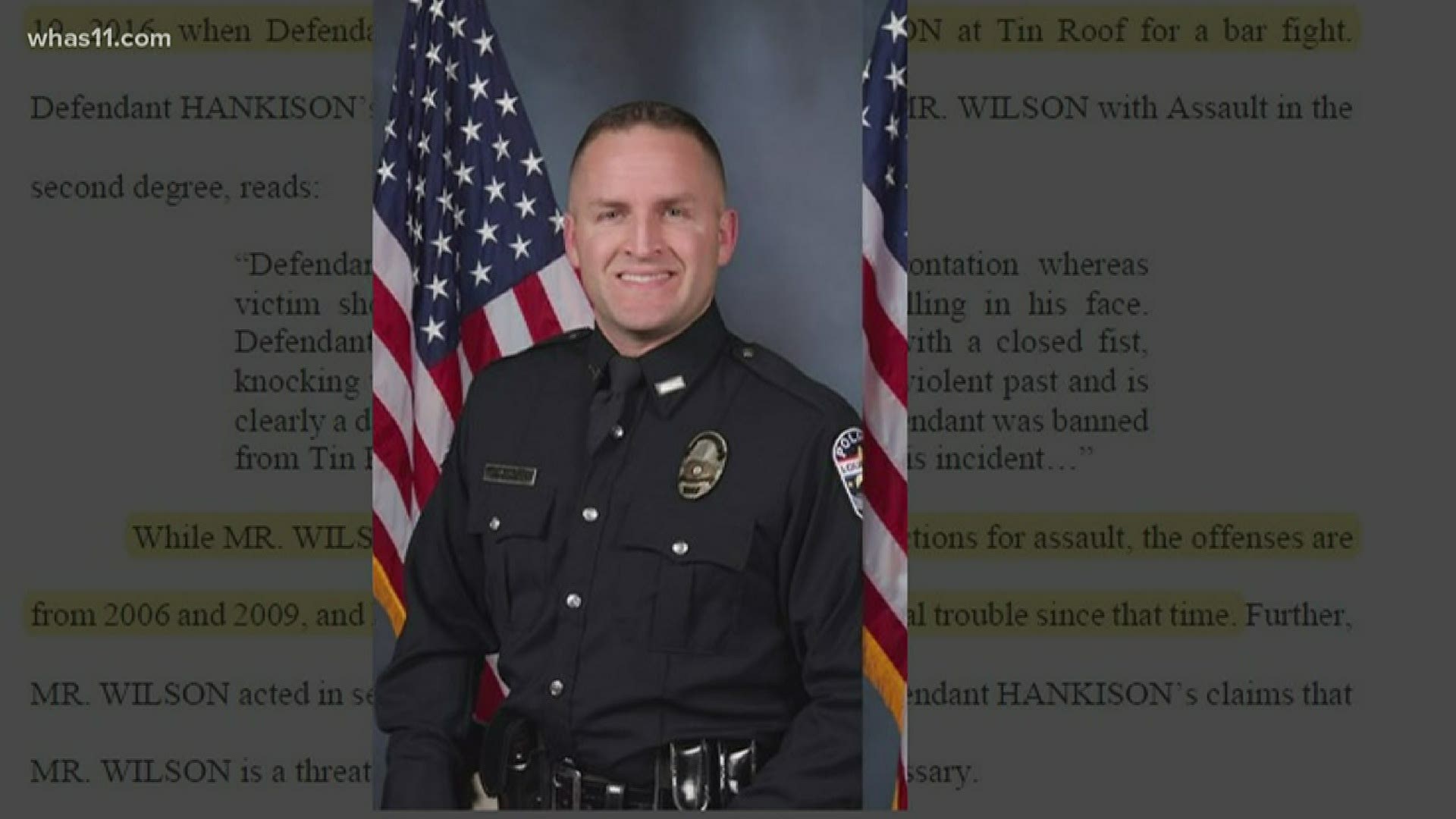 LOUISVILLE, Ky. — One of the LMPD detectives in the Breonna Taylor shooting is facing more criticism in a separate federal lawsuit in a different case.

"Hankison is what we feel is a pattern of bad behavior within the department," attorney Ashlea Hellman said who is currently representing Wilson. Hellman spoke with WHAS11 on the phone. “There’s not been as much public outcry for Kendrick so LMPD has been able to maintain a level of secrecy as to the investigation up until the point that we filed this lawsuit.”

In the lawsuit, Wilson describes Hankison as a "a dirty cop with a vendetta."

The detective arrested Wilson three times between 2016 and 2018. The incidents happened at bars where the detective sometimes worked as off-duty security.

The suit also states Hankison and Wilson had various interactions outside of the arrests over a relationship with the same woman.

Wilson's arrest for assault in 2016 was after a fight he had at the Tin Roof bar, but the charges were dismissed months later.

In 2018, Hankison arrested Wilson again. The citation was because a police dog signaled the presence of a narcotic odor in Wilson's pocket. When Wilson emptied his pockets he claims he only had money. According to the citation, Detective Hankison recovered a plastic bag on the ground of what appeared to have cocaine. Body camera footage showed the officer locating the plastic bag on the sidewalk several feet away from Wilson, according to the lawsuit.

The next month that year Hankison arrested Wilson a third time. The arrest was involving drugs, though charges were dropped a few months later.

Hankison has denied all of the allegations.

"It took our case not being taken seriously and it took [Hankison] remaining on LMPD's force and ultimately being involved in taking someone else's life for his behavior to get the attention that we were hoping our original lawsuit would get," Hellman said.

Since the deadly shooting of former EMT Breonna Taylor, the search warrant affidavit was made public. Attorney Hellman says the officers involved in Kendrick Wilson's case requested the court to seal the affidavit.

"So we have been unable to get a lot of information from [Wilson's] affidavit and compare it to what is happening in Breonna’s case because LMPD is hiding it from us," Hellman said.

Everything we know so far about the Breonna Taylor case

'If there’s areas for improvement or policy change, that will come out of this as well': Mayor Fischer ensures fairness in Breonna Taylor case