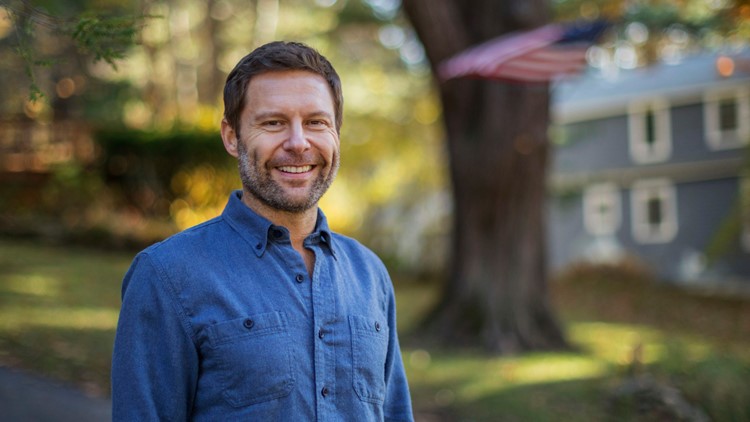 Photo by: Ross for Maine via AP
In this undated photo provided by his campaign, "Ross for Maine," former Google executive Ross Lajeunesse, candidate for U.S. Senate, poses for a photo. The Victory Campaign, a national organization devoted to electing LGBTQ candidates to public office, announced its endorsement of Lajeunesse on Thursday, Jan. 23, 2020. (Ross for Maine via AP)

The LGBTQ Victory Fund announced its endorsement of Ross LaJeunesse, Democrat seeking to challenge vulnerable GOP Sen. Susan Collins, on Thursday. He would be the first openly LGBTQ man ever elected to the U.S. Senate.

LaJeunesse, of Biddeford, says it will add to the “momentum and energy” of his campaign in the face of Democratic establishment support for Maine House Speaker Sara Gideon.

LaJeunesse spoke with NEWS CENTER Maine on Thursday. He said was "very proud and honored" to receive the endorsement from the Victory Fund.

"Susan Collins has not done anything to help [LGBTQ rights]. She's put my own marriage at risk."

Mayor Assise Parker, president and CEO of LGBTQ Victory Fund said, “I know Ross well, and whether in government or the private sector, he consistently puts people and principles ahead of politics and self-interest. That track record will be a defining contrast between him and Senator Collins, who continues to put party before country with her impeachment trial votes and support for the Trump agenda. Ross will restore common sense and principled leadership to the U.S. Senate seat from Maine.”

"We need better representation for LGBTQ and diversity in the Senate, and I would be proud to represent that," LaJeunesse said.

LaJeunesse served as director of international relations for Google and served in several posts in California government, capped by a stint as deputy chief of staff to Gov. Arnold Schwarzenegger.

RELATED: Six months out from Maine senate primary, campaigning is in full swing

RELATED: Mainers will have an opportunity to hear from the four Democrats vying for Sen. Collins' seat

RELATED: Political Brew: A new mayor, a new senate candidate and getting close to Trump