Deer butchers trying to keep up with the demand

More deer permits were given out this season so deer butchers are having to keep up, while there are also fewer butchers. 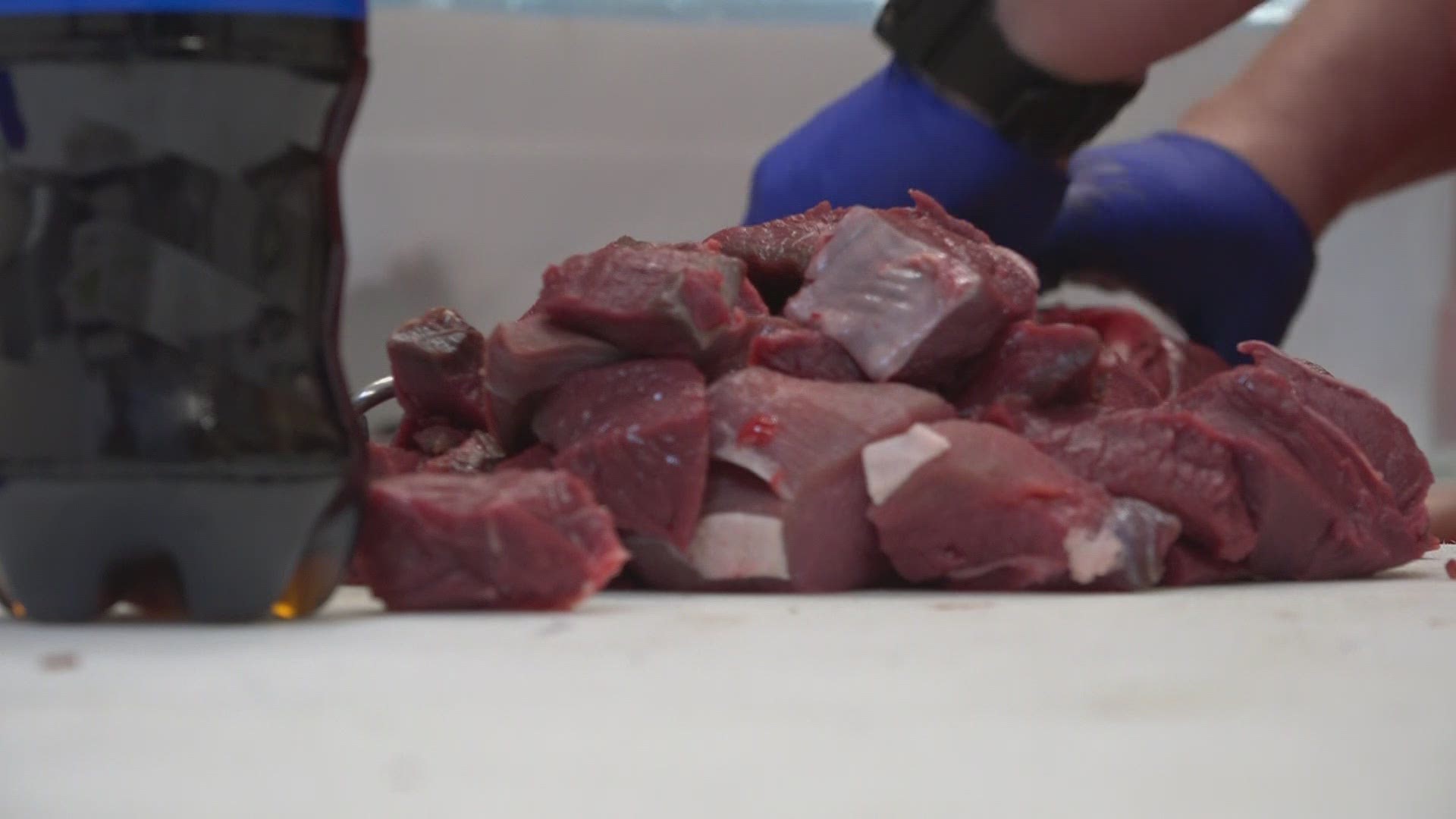 While some people butcher their own deer, others bring it to a butcher.

"There's not many of us anymore," owner of Sabattus Deer Processing Greg Provost said.

Provost said many butchers have retired in recent years and not as many young people are getting into it.

To add to that, the state has given out more deer permits this year.

"A record this year," deer biologist Nathan Bieber of the Maine Department of Inland Fisheries and Wildlife said, "109,990 any deer permits."

Deer butchers are seeing a huge increase in business this year. According the Maine Department if Inland Fisheries & Wildlife more deer licenses have been given out in order to cut back on deer-human conflict #NEWSCENTERmaine pic.twitter.com/4ntZ0TlKLn

This includes some people who are given multiple permits.

Kelby Leary shot a doe on opening day and got into her regular butcher no problem but a few weeks later when she secured a buck.

"I called him and he was like hey yeah sorry I'm completely booked," she said.

Leary couldn't wait a few days because it was supposed to be close to 70 degrees and the next day and didn't want the deer meat to go bad. After five phone calls, she found a butcher who was taking deer.

"I called him and I was like hi I know you've never worked with me before but I'm kind of in a bind right now and he's like yup no you can drop it off after four," she said.

For butchers like Provost, he's turning people away too to be sure he can process with the meat cutters he has.

Butchers are trying to keep up with the growing demand, as people are taking advantage of outdoor activities during the pandemic.

"I think people are just sick and tired of being locked up indoors all day," Bieber added.

And also more deer permits than ever.