Families and teachers are worried the public charter school board is taking options from needy students. 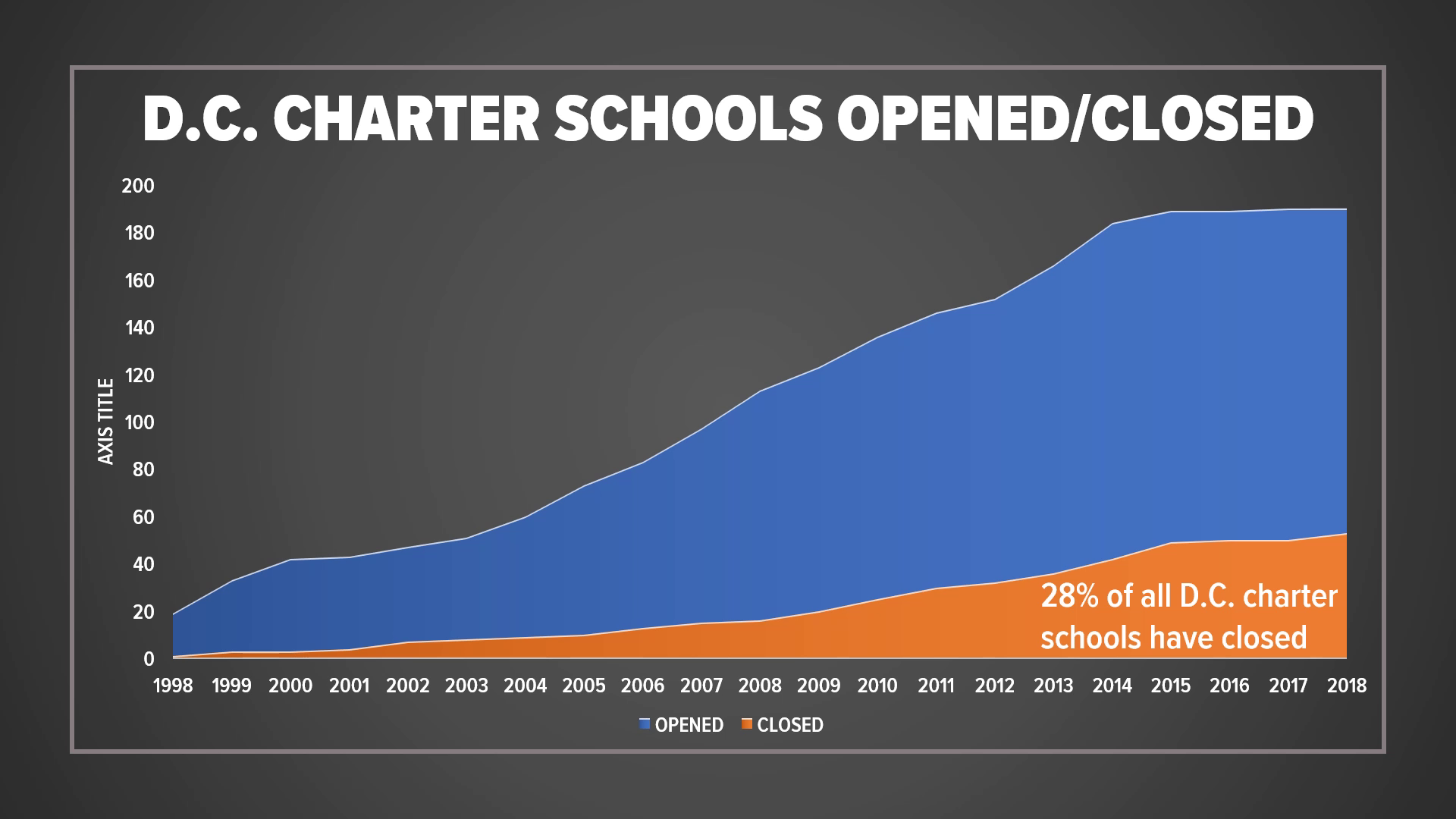 With 43,000 students and an annual budget of more than 900 million in tax dollars, Washington DC’s Charter School system is one of the biggest in the country.

Charter schools are like traditional public schools in that they are free and open to all children. But, charters operate independently from public school districts like DC Public Schools allowing them to design their own programs to meet student’s needs.

Due to the fact that charter schools are still funded by taxpayers, DC’s Public Charter School Board has the ability to shut a school down if test scores get too low.

That’s what happened at City Arts and Prep Public Charter School, the only K-8 performing arts school in the District.

“Being able to walk into the arts wing and watch kids who are in 4th and 5th grade sing their hearts out or step into the theater room and watch kids act …those are the things that made me fall in love with City Arts,” said Lynette Dailey-Reese, City Arts and Prep Executive Director.

“I just believe that what we did here was more valuable than this idea of meet the 50% or you're closed.”

50% is the measuring stick for nearly all charter schools in the district under what’s known as the "Performance Management Framework" or PMF.

The PMF is the aggregated score of a charter school’s performance, based on factors like test scores and attendance. Charter schools must score a 50% or better in order to keep their charter.

At its 15-year review in January, DC’s Public Charter School Board, made up of seven men and women with education backgrounds around the city, gathered for the decisive vote about whether to revoke the school’s charter.

“But I’ll also add the real performance concerns, academic concerns I have for a school that has been around for 15 years,” said PCSB Board Chair Rick Cruz.

City Arts argued it’s PMF score was improving up four points since the previous year and trending toward that magical 50% mark.

The school says test scores for at-risk students were actually higher than many of its peer schools.

WUSA9 identified 17 other DC charter schools with lower scores than City Arts and Prep. Pearson said that’s because it’s a sliding scale and the way the law is written, the longer a school has been around, the tougher the standards become.

Credit: Jordan Fischer
D.C. school data shows more than 11,000 students have been affected since 2009 by their charter school closing.

At a charter schools 15-year review, if the scores are below that 50% threshold Pearson says the board has no choice but to shut the school down.

“Personally, I think that it would have been nice to have the flexibility at 15 years to give a school a chance if they demonstrated to us that they could improve,” Pearson said. “But the way our law is written, we have a lot more flexibility with schools at 5 years and 10 years than we do at 15.”

Despite that Dailey-Reese said City Arts and Prep spent 18 months and more than $60,000 in legal fees trying to stay open. At their hearing, the 15-year rule even seemed confusing to some board members.

“I’m not sure why we would ask a school to go through all the work it requires to come before this body if there’s no discretion in our vote,” said board member Steve Bumbaugh. “I don’t know why we would actually have a vote if the outcome was predetermined.”

Still, other board members had concerns that went beyond the scores themselves saying in school visits revealed a chaotic learning environment.

“I’ve born witness to what are not consistently strong, instructional environments,” Cruz, the board chair, argued.

In a split 5-2 vote, the board revoked the charter of City Arts and Prep. It will close for good June 14.

Many from the school who showed up for the vote, left in tears.

Credit: Jordan Fischer
A WUSA9 analysis of DC school data showed 28% of all charter schools opened in the district have subsequently been closed.

City Arts students like 11-year-old Jazarah Wise will lose her outlet for performing arts and the classmates she loved sharing them with.

“I felt sad,” Wise said about her school closing. “That I wouldn’t see my friends anymore.”

Her mom said the family is still searching for a new school, worried they will never find what they had at City Arts and Prep.

Using publicly available data WUSA9 discovered 43 different DC Public Charter Schools have been forced to close its doors in the last decade alone, putting more than 11,000 students out on the street.

Pearson argued those numbers don’t tell the whole story since some of the schools we looked at were taken over by other charter schools. He didn’t provide specific numbers meaning the students did have the option to stay in place -- even as everything else around them changed.