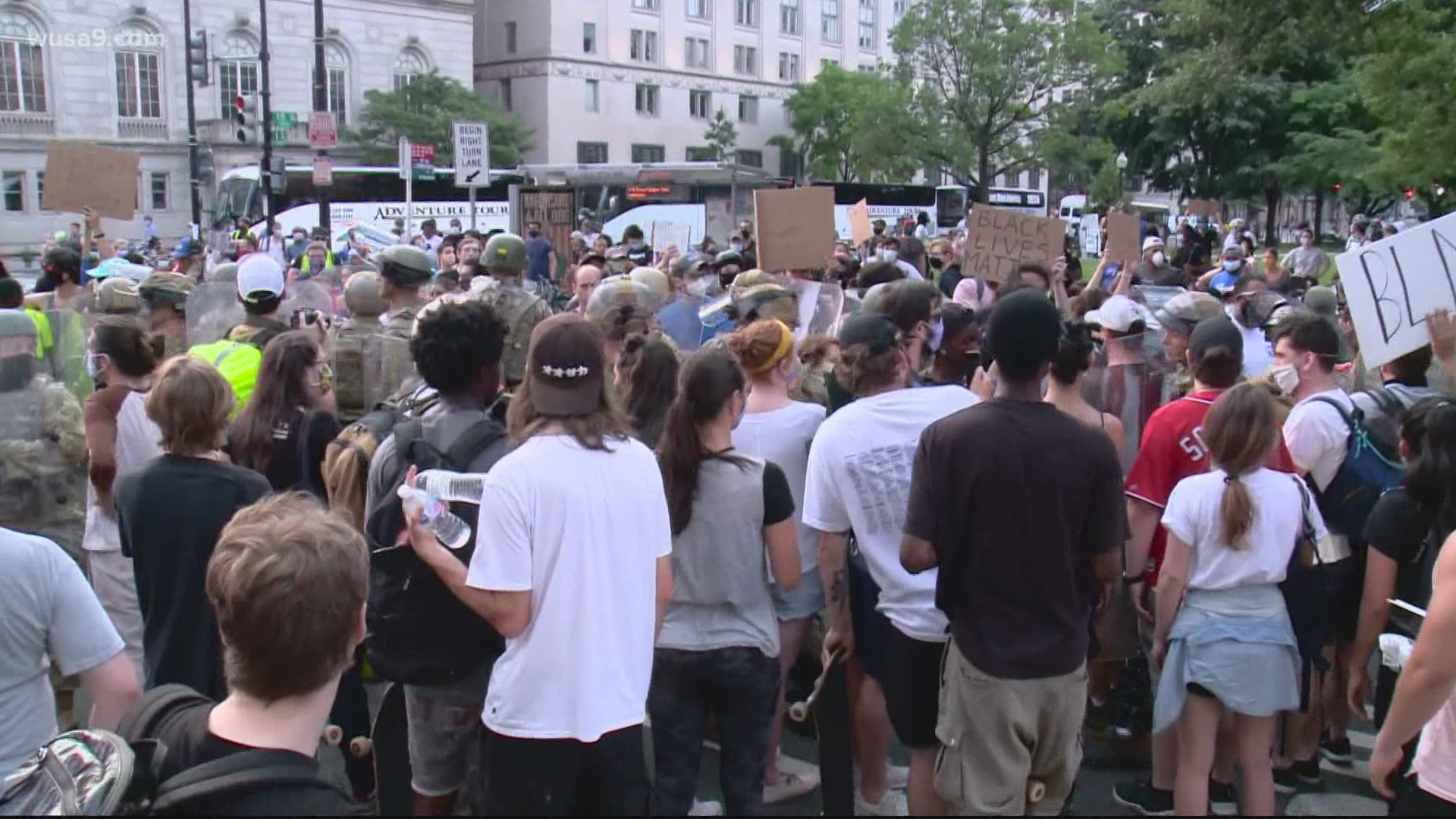 WASHINGTON — Two days after crowds cleared Lafayette Square, flash grenades securing a path for a defining presidential photo op, demonstrators are now the farthest they’ve been from the White House since the civil unrest began.

The president’s doorstep is now barely in sight from the public’s closest vantage points. Growing frustrations from protesters are largely commensurate with the increasing number of Army National Guard troops deployed to reinforce the White House perimeter.

RELATED: Unmarked, armed riot officers seen around D.C. won't say what agency they are from

But in interviews Wednesday, demonstrators said they remained undeterred by distance, with personal stories of past police misconduct motivating their return for days to come.

“I just want my voice to be heard, since my grandfather was killed when I was a baby,” 22-year-old Dashon Forrest said. “I just want justice.”

Protesters are no longer met by a fence, but are now face-to-face with National Guard members who encircle Lafayette Square.

The officers are part of the bureau’s crisis management team, and did not answer scores of demonstrators who asked to whom they reported.

RELATED: Here's why hundreds of National Guard troops are in DC and how they are different from police

RELATED: 'This is for her' | Toddler calming presence for mother at George Floyd protests