Hundreds of people gathered to remember and honor the life of Breonna Taylor. 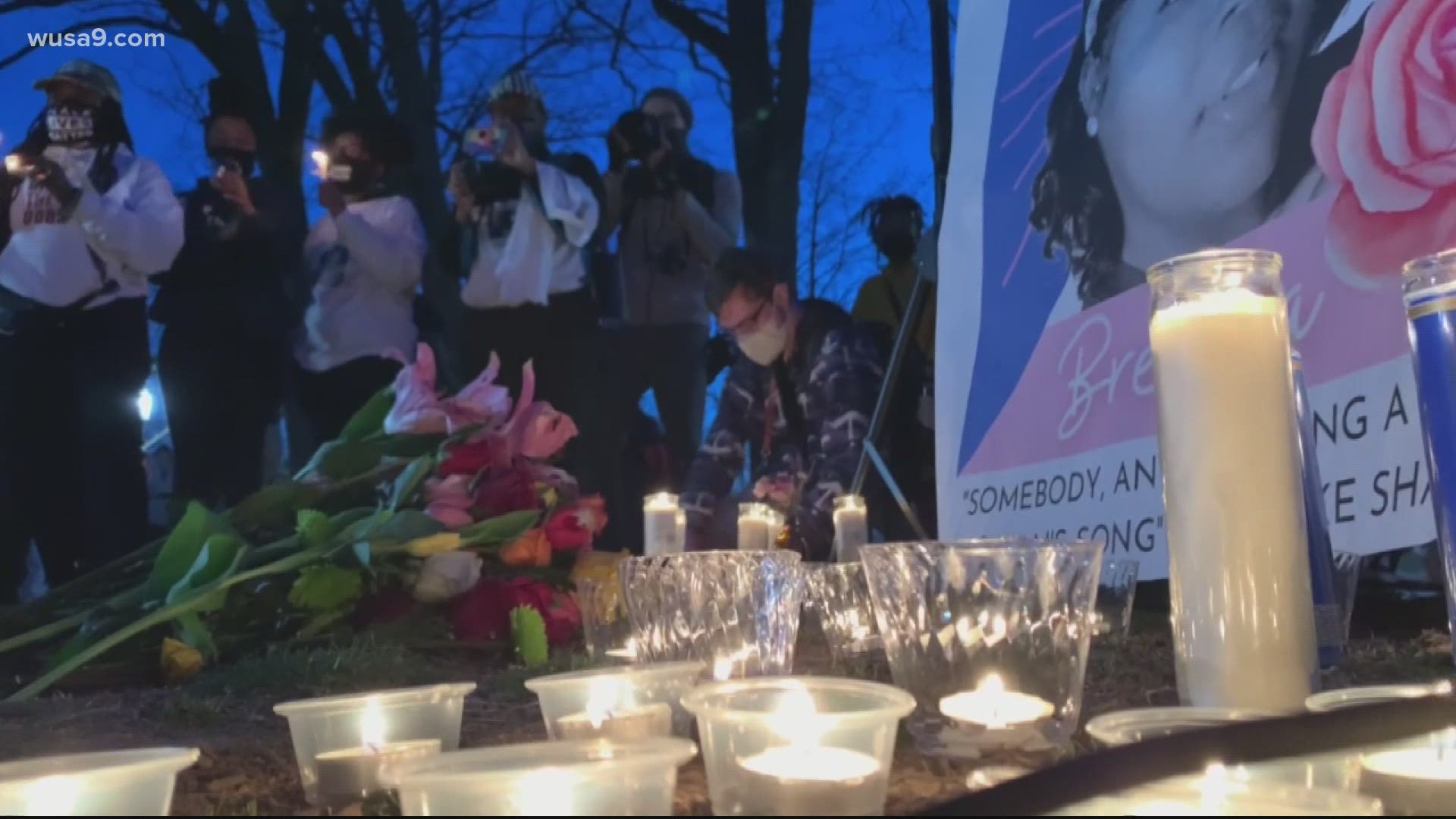 WASHINGTON D.C., DC — Saturday marked one year since 26-year-old Breonna Taylor was shot and killed by police executing a no-knock search warrant at her Louisville, Kentucky home. 365 days later and calls for justice continue in D.C. and across the country.

“It sparked not just a moment but a continuous movement,” Allegra Tomassa Massaro said of Taylor’s death. “I think that the fact that we haven't seen justice is what continues, at least for me, to continue to make me come out every single day and continue to fight, continue to protest, continue to sacrifice our time, our resources, and our lives to be out here creating the space in this community.”

Echoes of “say her name, Breonna Taylor” could be heard throughout the park.

Taylor, a Louisville EMT, who was studying to become a nurse, was shot at least five times after police served a no-knock warrant as part of a narcotics investigation into a man Taylor previously dated.

Taylor’s boyfriend fired his gun once during the raid, he said he feared an intruder was entering the apartment. One officer was hit, and he and two other officers fired more than 32 shots inside the home, and Taylor was hit at least five times. No drugs were found inside her home.

None of the officers have been charged in Taylor’s death, but one officer was charged for endangering her neighbors. The officers involved have since been fired.

RELATED: A look at powerful social justice moments this year

Massaro said since Taylor’s death she has started to see a change in how things are happening, but she said it’s not happening fast enough.

“It's not happening fast enough and at a level in which I feel as a Black woman that if I were to be murdered and gunned down in the street, that I could guarantee that I and my family would receive justice. And until that happens enough has not happened, and it hasn't happened fast enough,” Massaro said.

President Joe Biden tweeted Saturday that police reform must press ahead in Congress.

Breonna Taylor’s death was a tragedy, a blow to her family, her community, and America. As we continue to mourn her, we must press ahead to pass meaningful police reform in Congress. I remain committed to signing a landmark reform bill into law.