McCarrick is the first cardinal in the U.S. to ever be criminally charged with a sexual crime against a minor. 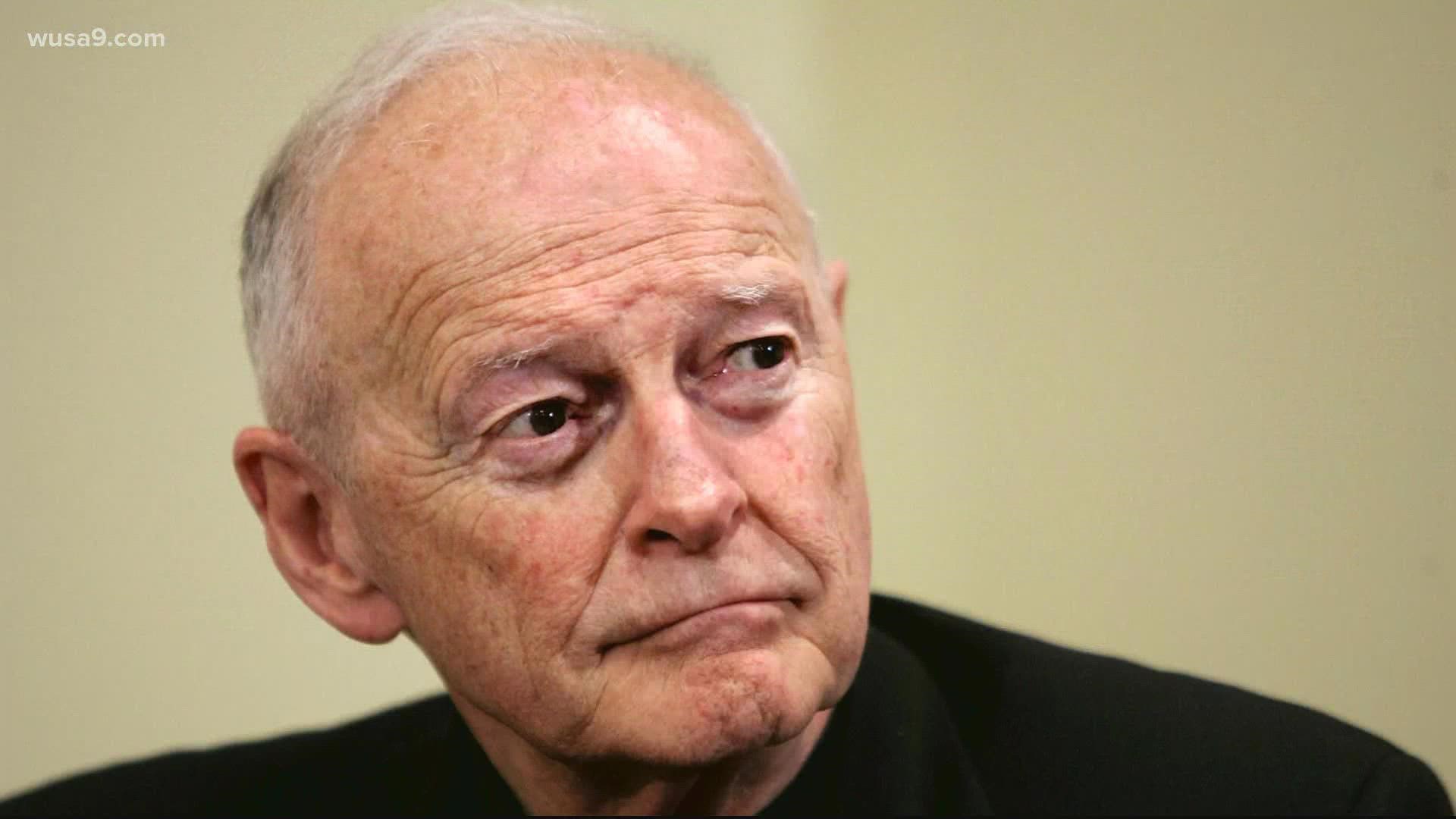 BOSTON — Former Cardinal and Washingotn DC Archbishop, Theodore McCarrick, who was defrocked after a Vatican investigation confirmed he had sexually molested adults as well as children, has been charged with sexually assaulting a teenage boy during a wedding reception in the 1970s, court records show.

Court documents obtained by The Boston Globe shows that McCarrick is charged with three counts of indecent assault and battery on a person over 14.

McCarrick, 91, served as DC Archbishop from 2001 - 2006. He has faced allegations that stem from when he worked as a Catholic priest in Virginia during the late 1960s.

McCarrick is the first cardinal in the U.S. to ever be criminally charged with a sexual crime against a minor, according to Mitchell Garabedian, a well-known lawyer for church sexual abuse victims who is representing the man alleging the abuse by McCarrick.

"It takes an enormous amount of courage for a sexual abuse victim to report having been sexually abused to investigators and proceed through the criminal process," Garabedian said in an email. “Let the facts be presented, the law applied, and a fair verdict rendered.”

Credit: AP
FILE - In this May 16, 2006 file photo former Washington Archbishop, Cardinal Theodore McCarrick pauses during a press conference in Washington. McCarrick, the once-influential American cardinal who was defrocked after a Vatican investigation confirmed he had sexually molested adults as well as children, has been charged with sexually assaulting a 16-year-old boy during a wedding reception at Wellesley College in the 1970s, court records show. (AP Photo/J. Scott Applewhite, File)

Barry Coburn, an attorney for McCarrick, told The Associated Press that they “look forward to addressing the case in the courtroom," and declined further comment.

A report filed in court says the man told investigators that McCarrick was a family friend and began abusing him when he was a boy.

The man says McCarrick groped him when he was 16 in 1974 as they walked around the campus of Wellesley College, where his brother's wedding reception was being held. The man also alleges that McCarrick led him into a room and fondled the boy before telling him to “say three our fathers and a Hail Mary or it was one Our Father and three Hail Marys, so God can redeem you of your sins," according to the court documents.

McCarrick, 91, was defrocked by Pope Francis in 2019 after a Vatican investigation confirmed decades of rumors that he was a sexual predator.

The case created a credibility crisis for the church since the Vatican had reports from authoritative cardinals dating to 1999 that McCarrick’s behavior was problematic, yet he became an influential cardinal, kingmaker and emissary of the Holy See’s “soft diplomacy.”