Moore Manor Lavender is in peak bloom right now, visiting the fields is free to the public! 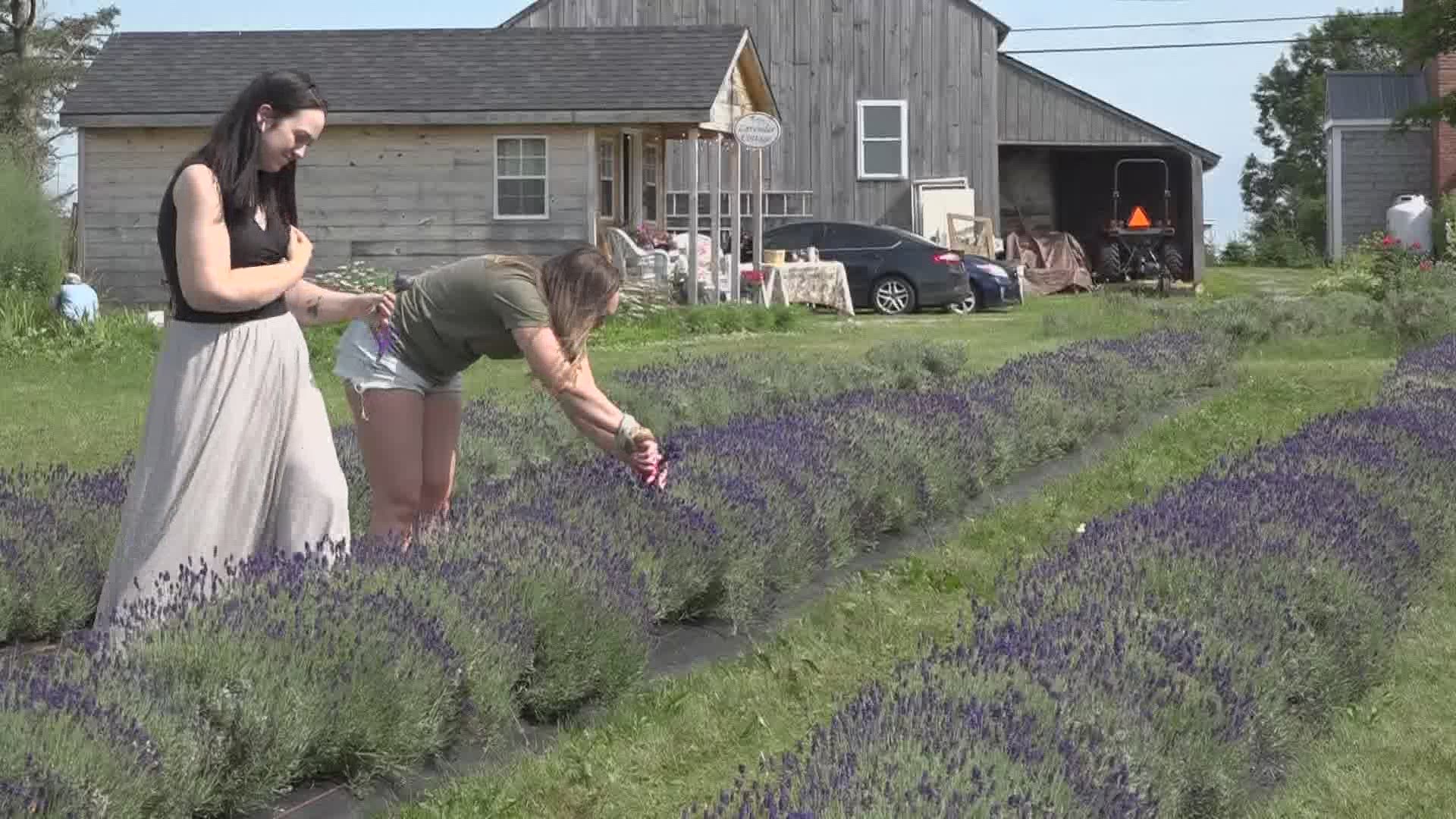 Moore Manor Lavender in Newport started growing lavender six years ago and decided to later open up the fields for people to walk in three years ago. As soon as you walk in you feel the smell, you can sit down and read a book, paint, have a picnic, and also cut your own lavender to take home!

The lavender season starts blooming usually by the end of June and lasts only one month.

Lavender is in bloom! You can come to these pretty purple fields to smell and cut your own lavender. “We opened it up so people could just come and relax and get refreshed from life,” says the owner of Manor Moore Lavender in Newport. @newscentermaine pic.twitter.com/i0TTcj65cB

"Usually it starts blooming at the end of June, and it's usually at its peak the very beginning of July, and as we come to the middle of July we usually have to harvest it and we want to catch the lavender when it's in the bud state before it actually opens up in flowers," says Peggy Moore, the owner of Moore Manor fields.

Moore says once the buds open up, the lavender oil for culinary and sachets is gone. The perfect time for harvesting it is now! Two long rows are currently not harvested for people to stop by and harvest their own lavender.

If you don't want to cut it yourself, Moore Manor also sells dried lavender that is great for decoration or for cooking!

You can add lavender to cookies recipes, cakes, muffins, make a lavender lemonade or anything you'd like!

Moore has added some of her favorite recipes that include the lavender for anyone to bake at home in this link.

"We take two cups of sugar, two tablespoons of buds and put it in a food processor anybody can do this with any lavender that they have, and when you have that sugar you can take the sugar in any recipe and simply replace it with the lavender sugar, so you get this elegant, different distinct flavor when you work with lavender," says Moore.

Moore Manor Lavender in Newport will have fresh lavender for you to cut until the end of this month.

After that...you are still welcome to stop by, sit down, read a book, and relax in their flower gardens!

Cut your own lavender while we harvest! FREE to visit.

RELATED: A better year for Maine's honey bees, even amid challenges and threats

RELATED: Growing vegetables? Watering is a must twice a day a right now

RELATED: Who says you have to grow potatoes in the ground?

RELATED: You can still 'Adopt-A-Garden' in downtown Bangor to help beautify the city