Cribbage makes a comeback in Maine 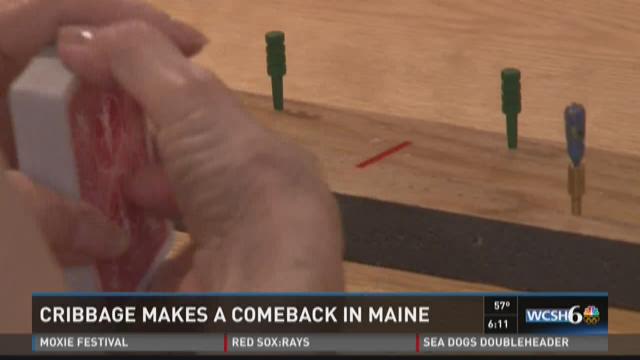 BANGOR, Maine (NEWS CENTER) -- On Saturday, people from all over the country as well as Canada celebrated Maine’s legalization of Cribbage by holding the first legal tournament since 2008.

The card game was formerly considered gambling and since gambling tournaments are illegal in Maine, it had to go. However, that didn’t stop devoted players from competing.

“When the laws changed and they considered a decks of cards a gambling device, all the people in the state of Maine were still playing, we were just leaving the state of Maine,” said Joe Bowen, co-director of the American Cribbage Congress.

After years of leaving the state to play the game, American Cribbage Congress co-directors Bowen and Dave Leissner went to their state representative, Karl Ward.

In 2015, the bill, which allowed the state of Maine to have cribbage tournaments, was passed and revenue was brought back to the state.

“We're estimating that the City of Bangor will see $100,000 get spent in tourism dollars in this tournament, which will translate to somewhere around $600,000-$800,000 worth of economic activity brought to Maine,” said Ward.

Like NASCAR and golf, players receive points which will then qualify them for nationals. The number one player in the east coast, Donna LaFleur, said she’s excited to play the game she loves in a place she was never able to before.

“When I walked in to see a room full of people who love to play cards as much as I do, it was like a whole new world opened up for me. [Cribbage] is the best game ever invented for two people,” she said.