Intervale Rd was closed for a time but has reopened; helicopters doing water drops on the area. 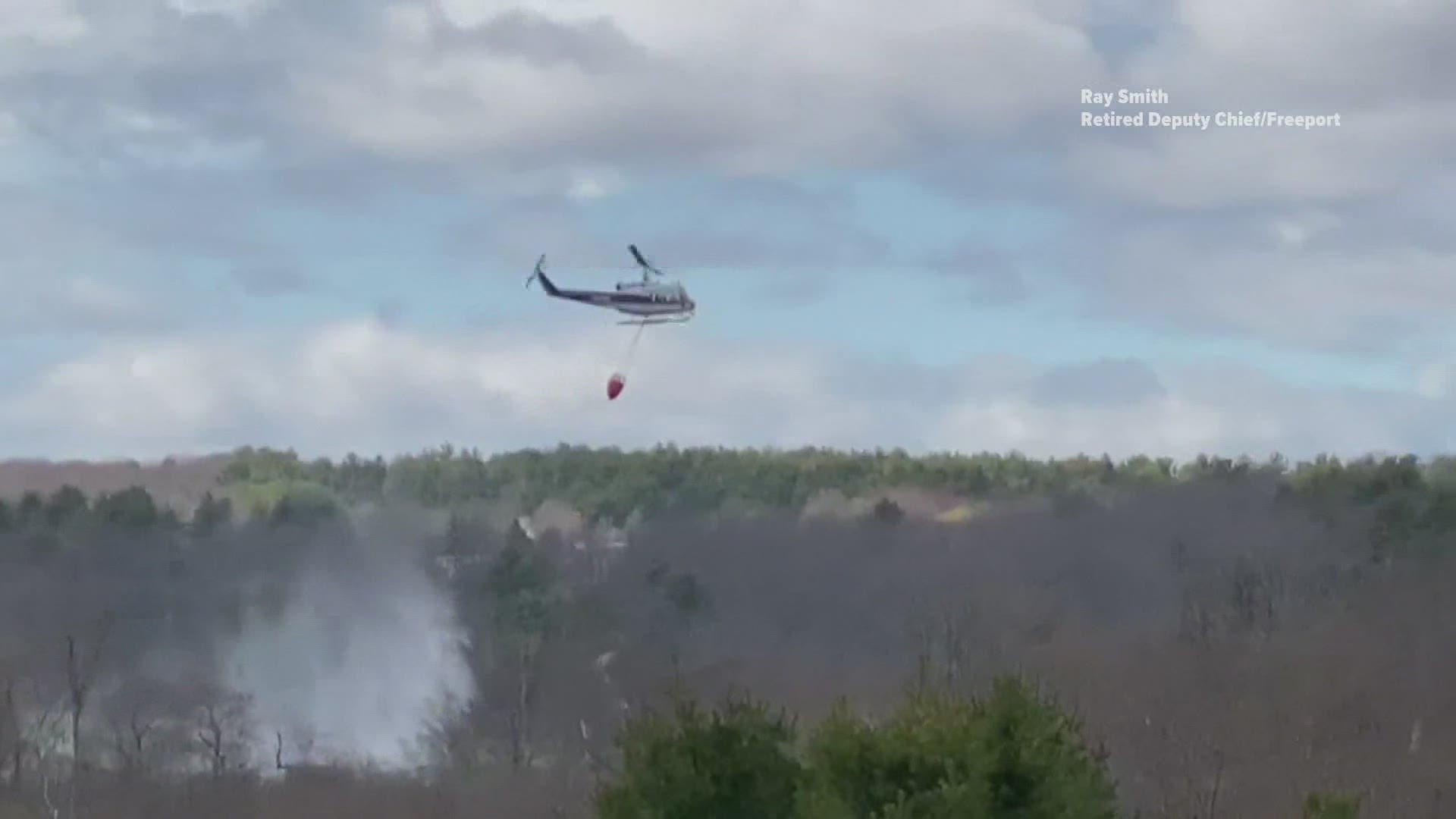 Ray Smith, retired Freeport Deputy Police Chief, tells NEWS CENTER Maine helicopters are performing water drops over the wooded area and that the fire was quickly knocked down. Windham dispatch says and water drops are continuing to dampen hot spots and crews are now cleaning up the scene.

Intervale Rd. was closed for a time so firetrucks could respond to the scene, but the road has been reopened.

NEWS CENTER Maine meteorologist Ryan Breton explains why April and May are considered the peak of Maine's brush fire season:

RELATED: Warning issued for an increased risk for the spread of fires in Maine