Investigators plan to head back out to waters off the Bahamas within the next couple of months to retrieve El Faro’s Voyage Data Recorder. 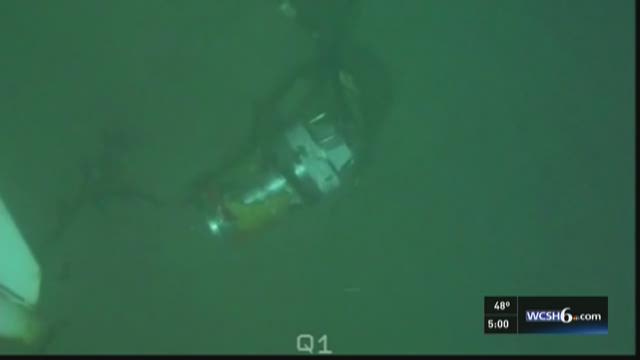 WOODS HOLE, Massachusetts (NEWS CENTER) - Investigators plan to head back out to waters off the Bahamas within the next couple of months to retrieve El Faro’s Voyage Data Recorder.

Thirty-three people died when the ship went down off the Bahamas last Fall. Four crew members were from Maine, including the captain, Michael Davidson of Windham. It was the greatest maritime loss of a US ship in more than 3 decades.

Scientists and investigators who found the recorder in 15,000 feet of water completed their mission today and returned to the home port of their research vessel in Woods Hole, Massachusetts.

The recorder could be the key to determining just what happened to the El Faro. The first search for it was unsuccessful. But last month searchers went back out on the Woods Hole Oceanographic Institute's ship, the Atlantis, and found it.

The voyage data recorder could contain important clues about what happened before the ship sank, including audio from the navigation bridge and information about the El Faro’s speed. It is attached to a steel beam that’s connected to the mast. It’s resting about 1,500 feet from the rest of the El Faro. Retrieving it will be no easy task.

The crew aboard the Atlantis did not have the right equipment to attempt that. Specialized deep-water recovery equipment will be needed for the mission which could take months to complete if it can be done at all. But investigators are confident they can.

“Now we know where it is, we know precisely the position, so we certainly can get back out and get to it. We know its securely fastened to that mast but I will say once again it's in 15,000 feet of water. We have to get a vessel out there and some viable equipment so we can go down and do the cutting and extracting whatever takes to release it and get that back to the surface”, said Brian Curtis, NTSB Marine Safety Acting Director.

The recorder is designed to function in water up to 20-thousand feet deep. There’s not a real sense of urgency to get it quickly, but given where it is, the pressure on it, the salt water, investigators would like to get it back up as soon as possible.