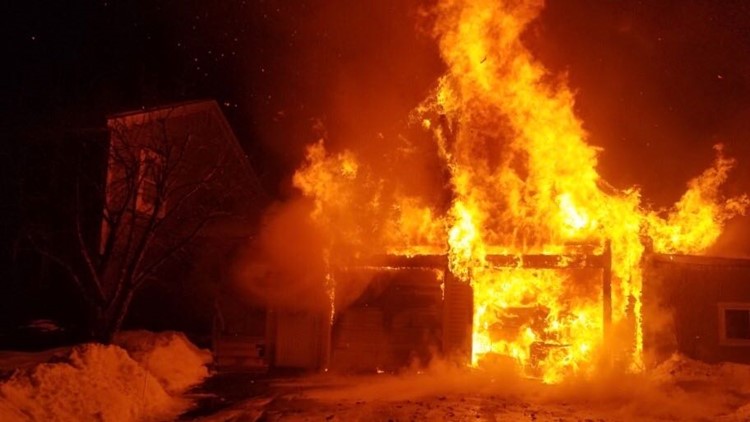 NEW GLOUCESTER, Maine — It was an early and cold morning for fire fighters in New Gloucester, responding to a fully involved garage fire on Rustic Way shortly after 5:00 A.M.

The garage was fully involved at first response. According to New Gloucester Fire Captain Hale Fitzgerald, a second alarm was called to assist the four firefighters who initially responded.

"We were able to get it under control relatively quickly, but due to being a rural community and not having a very good water supply, we focused most of our efforts on keeping it from getting it to the house," said New Gloucester Fire Captain Hale Fitzgerald.

The homeowners and their dog all made it out of the home safely. The house is expected to be be livable, only receiving damage to the garage.

"The house should be inhabitable after a little bit of cleanup," said Fitzgerald. "The house itself just had very minor smoke damage."

Crews will be using an excavotor to tear down part of the garage where the roof collapsed. Gray, Poland, Pownal, Durham, Auburn, North Yarmouth, Raymond and Cumberland all provided mutual aid.