Fallen Somerset County Sheriff's Deputy Eugene Cole is among 371 officers being honored in Washington this week. 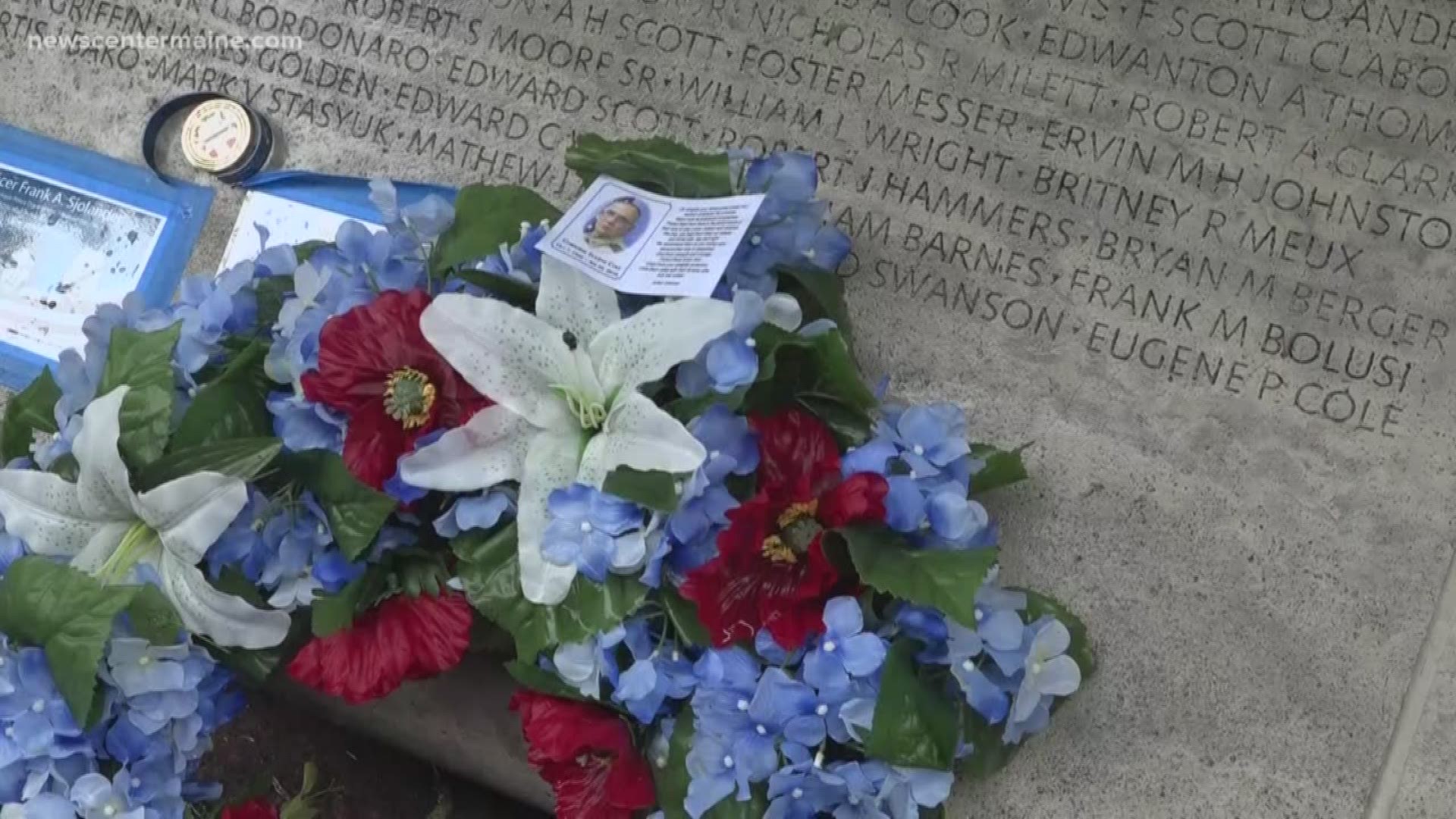 Credit: NCM
Cpl. Cole's name was added to a wall of fallen officers in Washington, D.C.

Cole is among the names of 371 officers added to the memorial wall this year.

The memorial recognizes the sacrifice of more than 20,000 fallen officers from across the country—including now 92 from Maine.

Members of the Cole family and the Somerset County Sheriff’s Department will attend a candlelight vigil Monday night in Washington.

The event is part of National Police Week in Washington where thousands of police officers and their families to honor their fallen.

There will also be a National Peace Officers' Memorial Service at the Capitol on Wednesday.

Credit: NCM
A wreath has been placed for Cpl. Eugene Cole at the National Law Enforcement Officers Memorial in Washington today. Cole’s name is among 371 fallen officers just added to the wall. I will have LIVE coverage tonight only on

The Cole family will return to Maine where they are set to attend another ceremony at the Maine Law Enforcement Officers Memorial in Augusta on Thursday.

Cole was killed in the line of duty in his hometown of Norridgewock on April 25, 2018.