The changes come after the state launched an internal investigation at Long Creek following reports of 'dangerous' use of restraint last week. 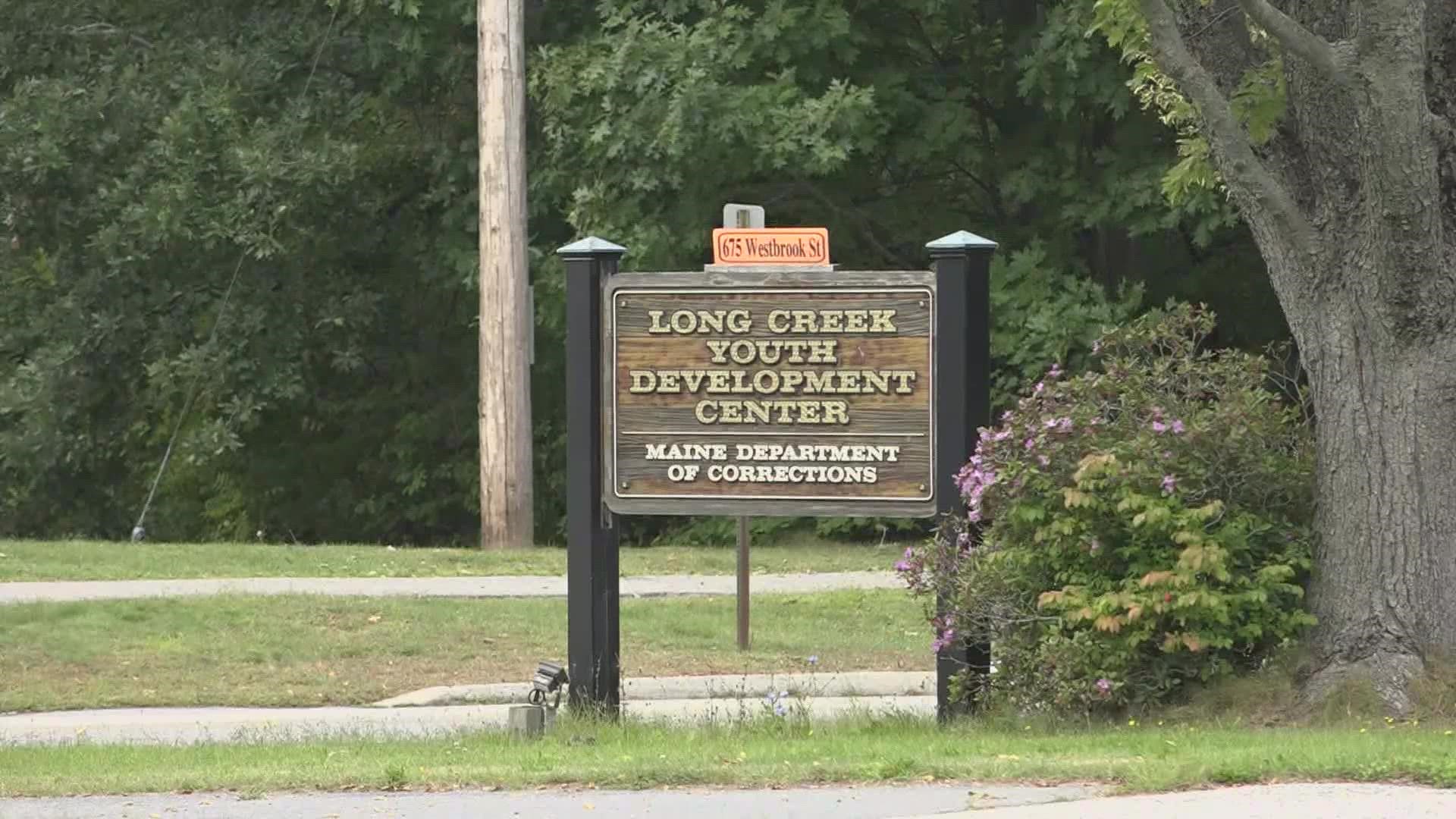 SOUTH PORTLAND, Maine — There are major leadership changes and possible charges expected against several corrections officers at the state's only youth prison, according to state lawmakers.

Members of the legislature's Criminal Justice and Public Safety Committee said they were briefed by Department of Corrections Commissioner Randall Liberty about recent reports of violence at Long Creek Youth Development Center in South Portland.

The Department launched an internal investigation into the facility last week following reports of 'dangerous' use of restraint by staff.

According to the letter, staff members on August 2 restrained as many as six residents. A staff member allegedly wrapped their arm around a young person's neck and knelt on their back for almost 10 minutes.

Another resident was reportedly grabbed and thrown to the floor with such force they "appeared to bounce from the impact."

Democratic Sen. Susan Deschambault of York confirmed that Commissioner Liberty briefed lawmakers on the disturbing incidents in a Zoom meeting Wednesday and that at least three senior officials at the facility are resigning or being reassigned within the department.

Deschambault, a chair of the committee, said lawmakers will continue to oversee and further examine the issue, but it all ultimately falls on Commissioner Liberty.

"I don't think elected officials are going to tell the commissioner what to do," she told NEWS CENTER Maine. "It's his job. The buck stops with him."

On Friday, the Maine Department of Corrections released a statement detailing actions the department says it has taken in response to the reported incidents.

"The Governor considers the safety, security, and welfare of all Maine people, including those a judge has placed at Long Creek Youth Development Center, as her utmost priority. Commissioner Liberty has briefed the Governor on the incidents over the past two months, and she supports the actions the department is undertaking. Since taking office, the Administration, through the Maine Juvenile Justice System & Reinvestment Task Force, has sought to develop a more comprehensive continuum of care to meet the needs of Maine’s at-risk youth more effectively and protect public safety. Her Administration remains committed to that end and is implementing the juvenile justice system reforms she signed into law earlier this year, which include identifying community-based secure residences for juveniles that will help reduce the use of institutional confinement, and expanding options for mental health treatment and rehabilitative services in order to reduce the population at Long Creek. Fundamentally, the Department must meet its mission to protect public safety by accepting residents whom a judge has deemed cannot be placed elsewhere, and the Department must provide an environment that is responsive to the needs of these individuals and is conducive to their potential rehabilitation and that protects the safety of their staff and other residents."

Multiple sources confirmed as many as seven corrections officers could face charges for their alleged involvement. Deschambault said that will ultimately be up to the Attorney General's Office.

Rep. Bill Pluecker, an independent from Warren, said he was disturbed by the details shared about the violent incidents in Wednesday's briefing.

#NEW: Major fallout at the state's only youth prison after reports of 'dangerous' use of restraint. State lawmakers say several top staff members are resigning, others could possibly face criminal charges. We'll have the latest coming up on @NEWSCENTERmaine at 11. pic.twitter.com/n9HgynTqsc

Pluecker is among several lawmakers who are hoping to be able to obtain that video of the reported incidents in order to get a better understanding of the situation.

According Pluekcer, Liberty said as many as 40 young people were being held at the facility as of yesterday.

This comes as activists renew efforts to try to shut down the facility.

In June, Gov. Janet Mills vetoed a bill that would have closed Long Creek and redirected funding to community services for at-risk youth.

"This is an I-told-you-so moment," Adan Abdikadar with Maine Youth Justice said last week. "This is why we're saying the facility needs to be closed because of incidents like these."

A spokesperson for the Department of Correction would not comment on the latest on developments Thursday. The Governor's Office did not immediately return NEWS CENTER Maine's request for a statement.