Site preparation for the new park, at Hayford Park near Mansfield Stadium, set to start in May 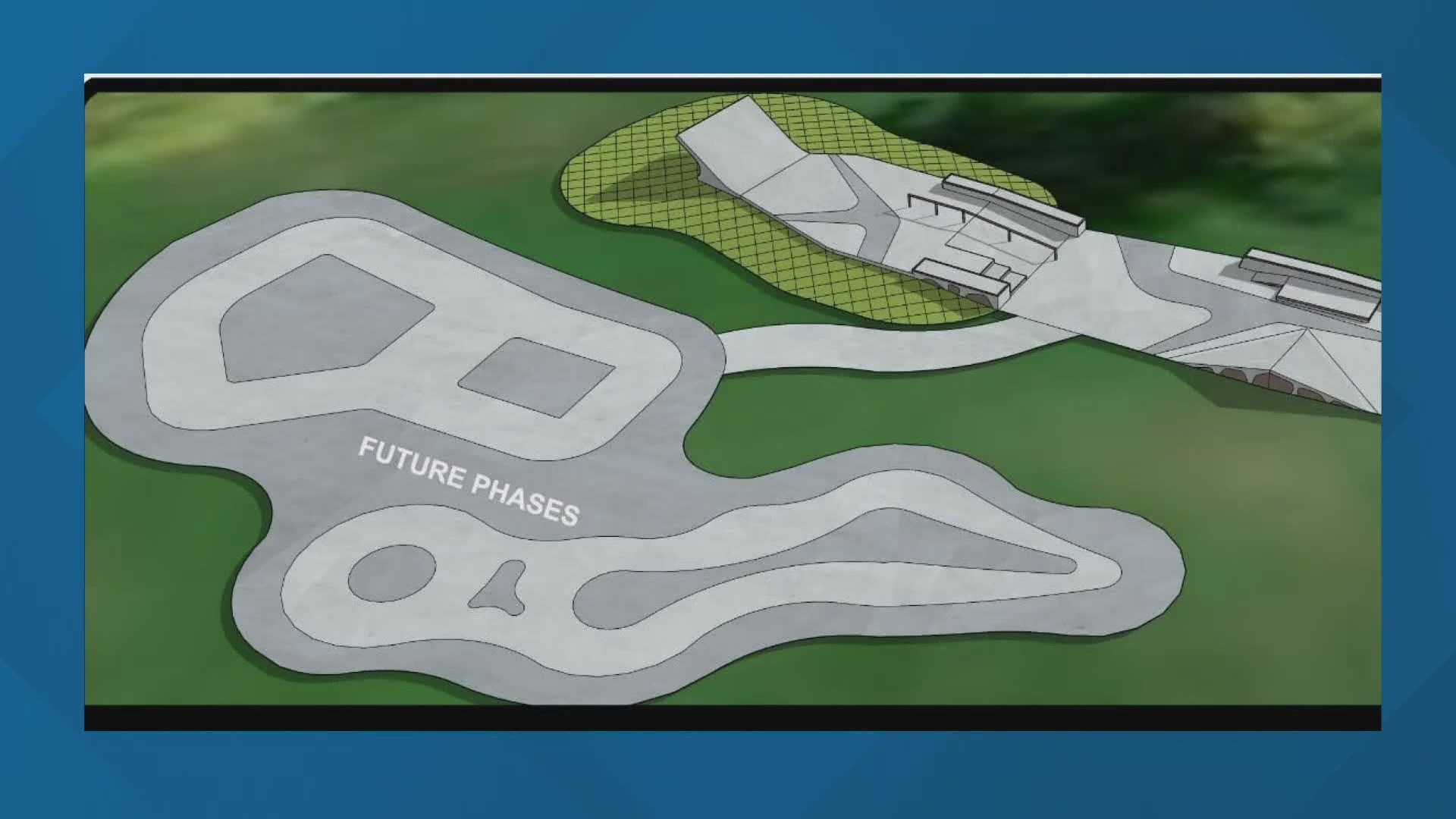 BANGOR, Maine — The City of Bangor is under contract to build a new, concrete skatepark this summer.

The current park, off Maine Avenue, has been there since the old one was relocated to build the Cross Insurance Center 20 years ago.

Bangor Parks and Recreation Director Tracy Willette said the plan for the new park is to start site preparation in May at Hayford Park near Mansfield stadium.

Phase 1 is complete and a group of community members and skaters are working with the city to raise $125,000 for more work.

Nik Carter is a longtime skater and is helping to raise funds for the cause.

"As skaters, we do get a bad rap," Carter said. "It's always been that way. But I can tell you that it’s definitely a growing thing because look skateboarding is in the Olympics this year. So, it’s been growing exponentially and so I think the kids need a place. We haven’t had it in a long time it’s just been this park. And I do think the kids should have something they can get their creative energy out."

Credit: The City of Bangor
Bangor Parks and Rec Director Tracy Willette says the plan for the new park is to start site preparation in May at Hayford Park near Mansfield stadium.

The fundraising group has also been awarded a grant from The Skate Park Project, formerly known as the Tony Hawk Foundation. The group continues to actively fundraise in hopes of having the goal met this spring.

To donate to the skate park effort visit the Bangor Parks and Rec website.