Today members of the Marijuana Legalization Implementation Committee heard from a key player who help set up the Colorado Rules. 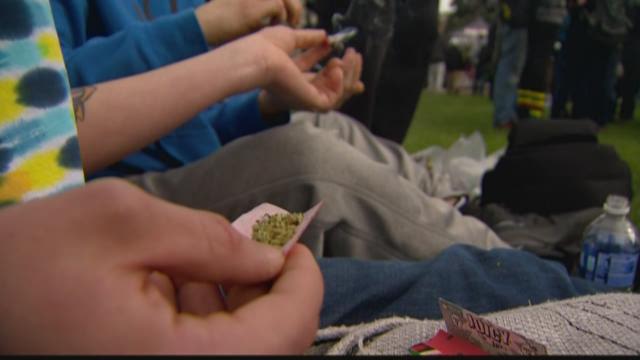 Andrew Freedman was the state’s marijuana czar after voters approved recreational use in 2012.

As they get ready to craft the rules for legal marijuana here, they learned what worked well and not so well in Colorado. Freedman told the committee the three biggest challenges for his state have been banking, pesticides and setting the amount that individuals can grow themselves.

The former Colorado marijuana czar spent about an hour going over data gathered since recreational use of the drug became legal in his state. Some key findings include, marijuana use by youth and adults did not increase with legalization.

On the negative side, hospital emergency room visits have increased, due mainly to people underestimating the potency of edibles.

“We do see challenges. We see tourists using edibles and showing up in hospitals rooms”, he said.

Freedman says his state allowed individuals to grow too much of their own, which eventually made it to other states where it was sold illegally. A good lesson to learn for this committee.

“Which is definitely what we don’t want to be doing for safety reasons, health reasons. I think we can find that right balance”, said House Chair Teresa Pierce (D) Falmouth.

Pierce says Maine has an advantage by not being the first to delve into this.

“I see that as a huge advantage and having somebody be able to come here and talk with us is another, big, big advantage for our committee and the community as a whole”, she said.

Freedman warns you need a good 10-years to see real trends develop. His data is based on 4-years. He told committee members the first set of rules they develop won’t be the last. They need to constantly listen to the community and gather the best data they can.

“That allows you to come back time after time and re-evaluate. Are you keeping it away from kids, are your streets safe, are you having people abuse the substance”, Freedman said.

The committee expects to wrap up its work this month and have rules ready for a public hearing by September.