Student debt is piling up. Do you need a traditional four year degree to have a successful career? Nope. 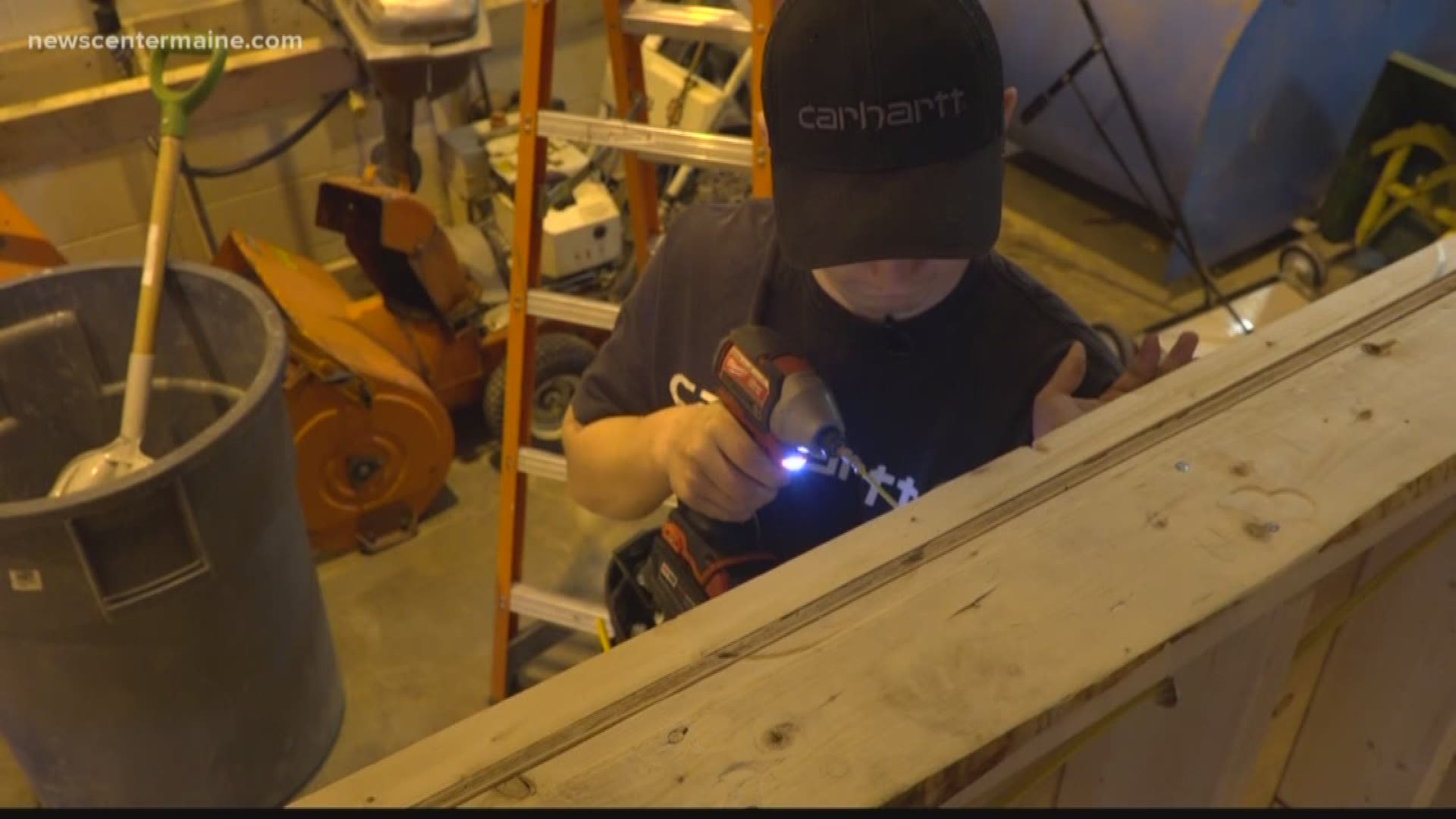 PORTLAND (NEWS CENTER Maine) -- We all know the cost of a college education isn't cheap. In fact, the total amount of college debt is the highest it's ever been.

According to new numbers out this week from the Federal Reserve, outstanding student debt hit $1.5 trillion in the first quarter of 2018. While the numbers are steadily increasing, it's a jump from about $600 billion, 10 years ago.

The burden of college loan debt can be avoided altogether for those who enter the workforce out of high school. Many fields of work though require a college degree, but for the trade industry skilled students can jump right in, with the right certifications, and earn a starting salary of anywhere from $15 to $22 an hour.

"It's actually a pretty cute story."

Dylan Petropolous knew early on what he wanted to be when he grew up.

"I never really got along with other kids, I never sat in the lunch room with other people because I just didn't like anybody I was very anti social when I was younger."

At the time, his elementary school was under construction and he was fascinated by all the crews.

"The foreman the carpenters....they gave me this hard hat that said Langford and Low on it he gave me the sledge hammer and they took a picture of me with it and it hangs in my dad's office this very day. I wish I had the hard hat with me but I don't. So yeah, I always got along with the construction workers and that's where my real passion for construction came from."

When he graduates this month he'll help the family moving business and then embark on a career in carpentry.

"A lot of teachers now a days will push college on kids. And here's the thing: I don't think college is exactly the route to go for a lot of people....It costs a lot of money"

Like Dylan, students at the Portland Arts and Technology High School, are forgoing the college route. And most already, have a job lined up.

That's according to the school's director, Kevin Stilphen.

"I have never heard in my 17 years in CTE a student say to me: 'why am I learning this? Will I ever use this?'"

Stilphen says the skills they learn can open countless windows of opportunity. And on a daily basis, he hears from local business that are looking for trade workers. Some are even willing to help pay high school grads to get more licenses and certifications.

As for Dylan, he's already living out his childhood dream, and then some.

PATHS is one of 30 career and technology education centers across the state.

The need for instructors is also great in Maine and across the nation. If there's no teacher, like for plumbing, Stilphen says he'll have to close the program.