CMP power line corridor petition with more than 75,000 signatures handed into the Maine Sec. of State

If the paperwork is correct, it looks like Maine will have a statewide vote on the controversial Central Maine Power transmission line from Quebec. 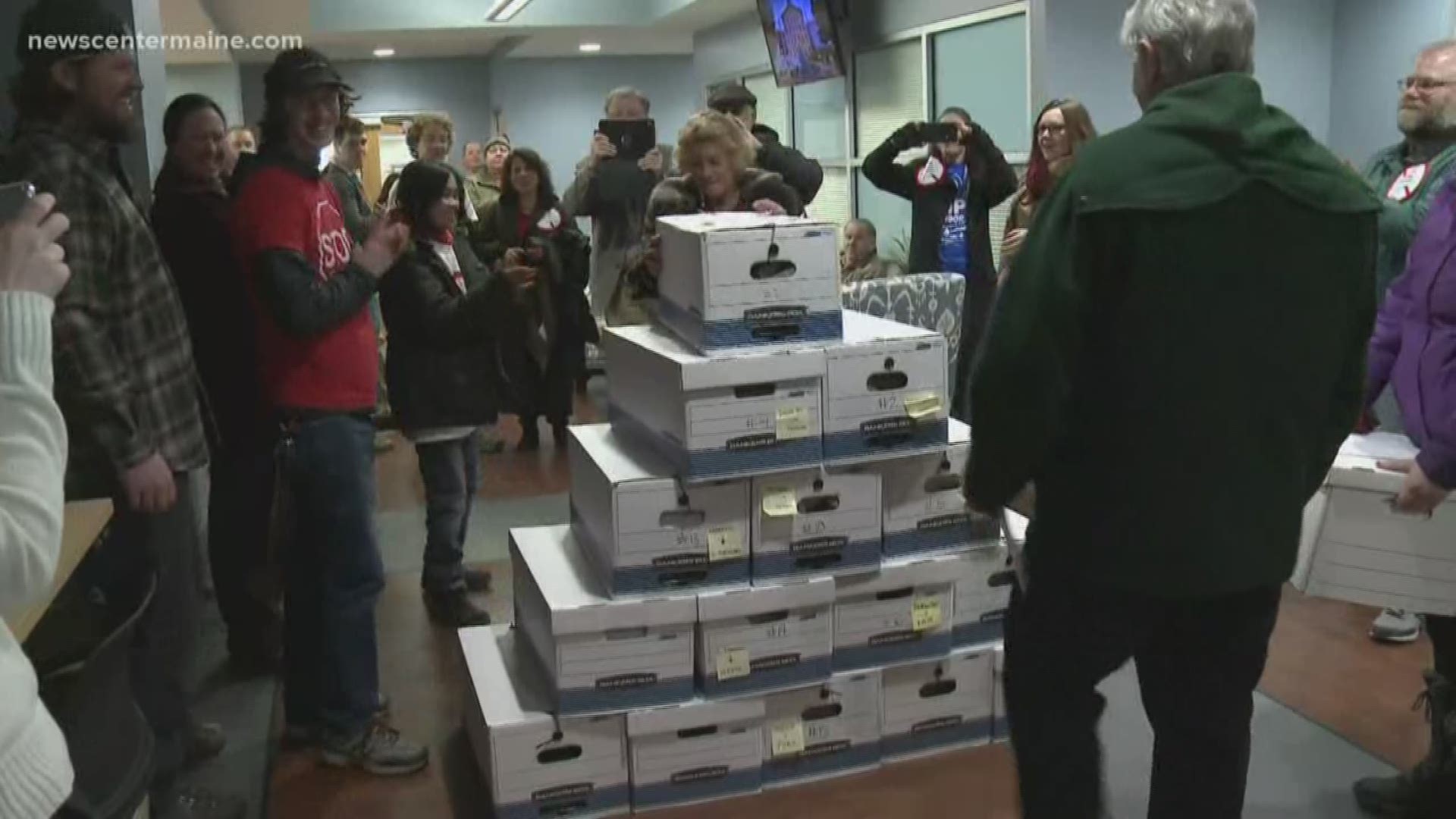 AUGUSTA, Maine — Opponents of the power line corridor turned in petition signatures to the Secretary of State Monday morning. They say the boxes contain more than 75,000 signatures of Mainers who want to defeat the Central Maine Power (CMP) transmission line project.

They started collecting signatures in mid-October and had to get them in by Monday to make the deadline for getting on the ballot this year.

Opponents say they have petitions and names from more than 400 towns and cities across the state and say that shows just how strong the opposition to the corridor project is.