During public hearings Wednesday, NECEC opponents questioned legal funding for Western Mountain and Rivers Corporation, a NECEC project ally. But CMP is saying the company has been nothing but transparent in its mission -- and has documents to prove it. 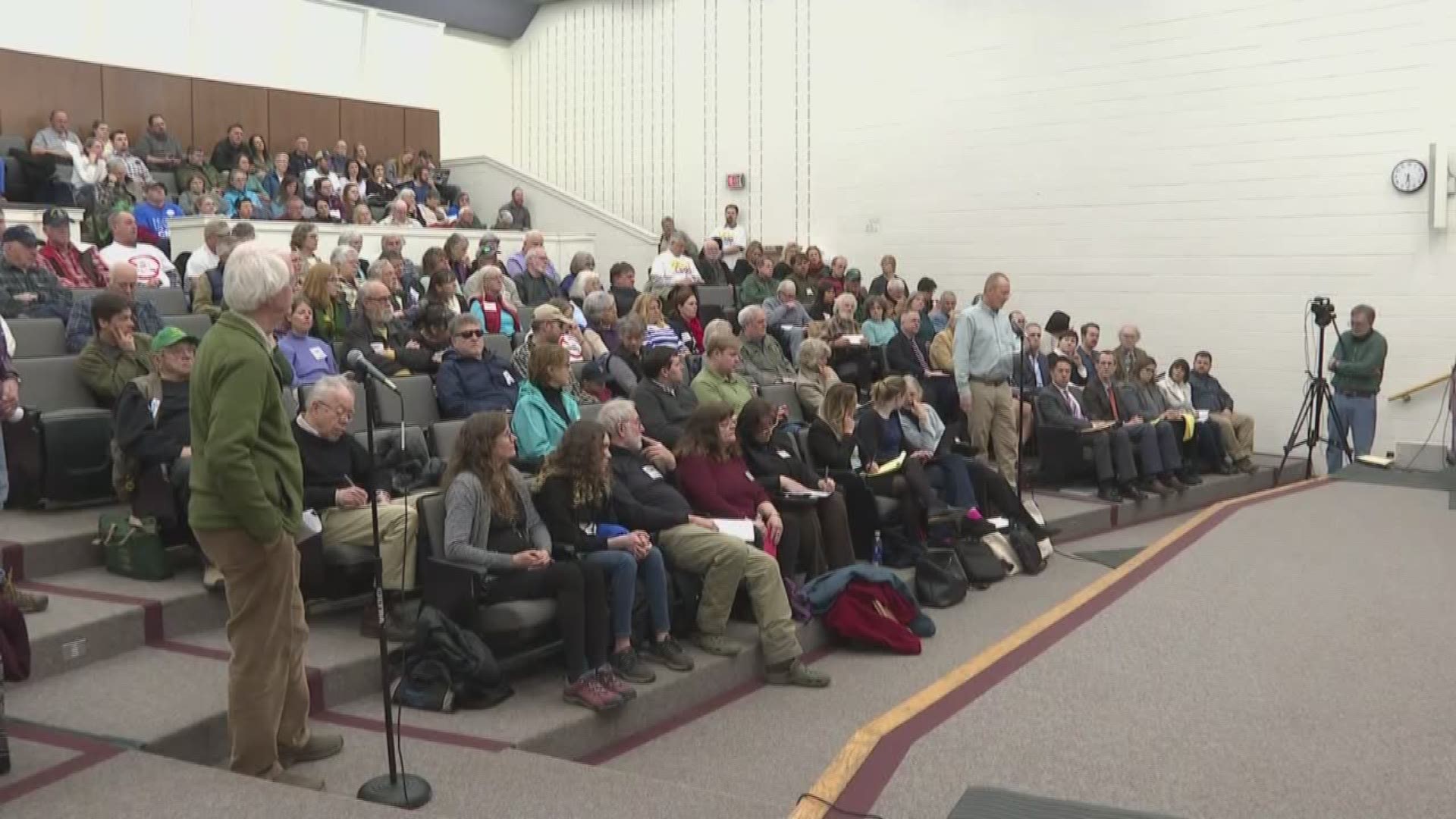 FARMINGTON, Maine — A new dispute has developed in the hearings for the proposed NECEC project, after an opponent of the plan accused CMP of funding legal expenses for one of the project's allies.

In her cross-examination, Johnson asked WMRC directors Larry Warren and Joe Christopher whether CMP is funding legal expenses for the non-profit at the Department of Environmental Protection and Land Use Planning Commission proceedings.

In his response, Christopher said that CMP is funding WMRC Intervenor Group 7. He told NEWS CENTER Maine, however, that these funds are not being given to the non-profit specifically for legal purposes -- rather, they are part of a larger mitigation package for planning, which was established nearly a year ago.

"Western Mountains and Rivers Corporation is a non-profit organization to protect the Kennebec River and surrounding area, as well as promote long term economic development in the area," said Christopher. "It negotiated an MOU with CMP that included funds for planning and administration. Somerset Economic Development Corporation is our physical agent and pays all the bills for Western Mountains and Rivers operating expenses through funds from the MOU."

The official agreement between WMRC and CMP from May 30, 2018, reportedly announced by the two groups in a joint statement on June 6, reads as follows:

"As a demonstration of its good faith efforts to mitigate the environmental, natural resource and community impacts of the Project in Somerset County, within ten (10) days following the execution of this MOU, CMP will donate the amount of $250,000 to WM&RC to support its charitable mission, including funding WM&RC’s initial start up expenses such as legal, accounting, consulting, staffing, travel and planning expenses."

Members of Say NO to NECEC, however, are still upset by the information revealed during the cross-examination. Director Sandra Howard issued a statement, saying it "confirm(ed) public suspicion," arguing the use of funds to bring in an intervening party seems "unethical" by an applicant in the DEP and LUPC processes. She said that doing so essentially "stack(s) the deck in the project's favor" and noted that the only other intervenor group supporting the project is Group 3.

In further response to these "dark money" accusations, Mainers for Clean Energy Jobs Coalition rebutted Thursday, saying NECEC proponents have been "transparent" regarding the project. The group added they believe the same cannot be said for the NRCM and the Stop the Corridor Coalition, saying the two groups "continue to hide" the source of funding for a massive negative advertising campaign about the transmission line.

"The Western Mountains and Rivers organization has a clear mission to promote the economic development of communities in northern Somerset County," said John Carroll, Director of Communications for Avangrid. "Unfortunately for the public, there is no similar transparency among some of the parties opposing this project. The supporters of groups, such as Stop the Corridor, have deliberately concealed their identities and their true motives other than to stall the region’s progress on clean energy."

This is the latest development in the hearings that have been going on all week at the University of Maine in Farmington, regarding the proposed NECEC project. If approved, a 147-mile transmission line would be built through western Maine to carry electricity from hydro-power Quebec to the New England power grid.

According to the Land Use Planning Commission, however, about 73 percent of the transmission line would be included within CMP’s existing transmission corridor.

The next public comment session takes place Thursday night when citizens for and against the project can voice their opinions.

The hearings will continue through Friday.