'The Daniel Maltz Rhino Reserve more than doubles the size of the previous rhino habitat.' 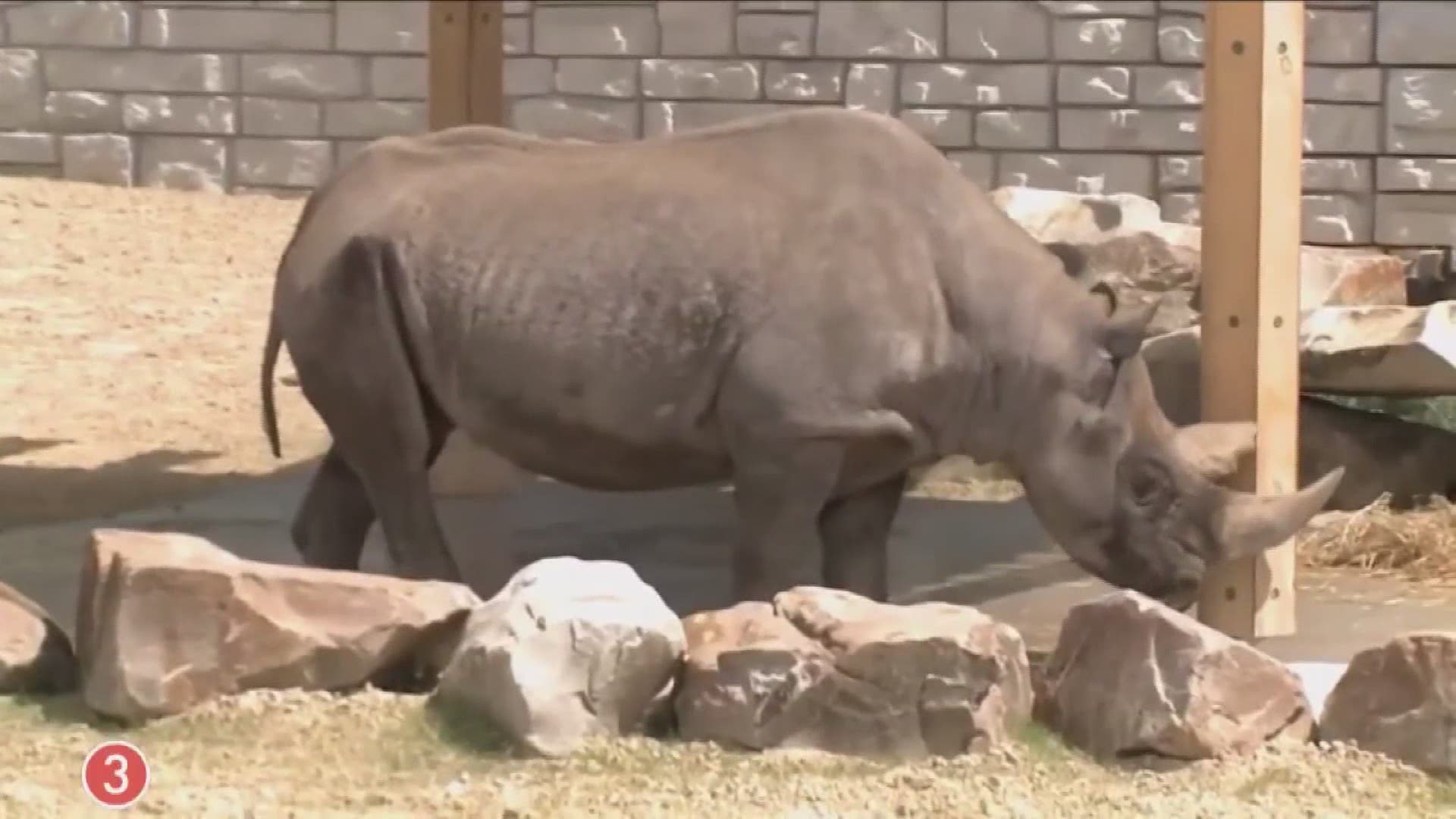 CLEVELAND — The rhino exhibit at the Cleveland Metroparks Zoo has a fresh look.

Officials unveiled the new Daniel Maltz Rhino Reserve on Tuesday with a ribbon-cutting ceremony while giving members of the media a first look at the newly expanded exhibit.

“The Daniel Maltz Rhino Reserve more than doubles the size of the previous rhino habitat, offering enhanced features for the rhinos and an expanded guest viewing deck,” zoo officials announced.

The reserve is home to the zoo's critically endangered Eastern black rhinoceros herd. It includes a second indoor rhino barn and "several new complexities for the rhinos including overhead shade and misting areas, a mud wallow and rubbing posts."

We streamed live coverage of the rhino reserve's debut, which you can watch in full below:

Construction on the new $2.5 million project began in September 2019. Its debut comes just days before the Cleveland Zoo officially reopens to the public on June 17.

"After nearly three months, we can’t wait to reopen Cleveland Metroparks Zoo to our community," Executive Director Chris Kuhar, Ph.D., said in a statement last week. "As we work diligently to reopen, safety will continue to be our number one priority to protect our employees, guests and all of the animals in our care."

Last month, “Cruise the Zoo” drive-through event was launched to allow guests the opportunity to experience the attraction from inside their own vehicles.