City of Portland works to address complaints of people camped out in Deering Oaks Park, offers additional outreach for homeless

On Wednesday starting at 4 p.m. members of the community are holding a “sleep-out” on the steps of City Hall in Portland to show solidarity with unhoused Portlanders 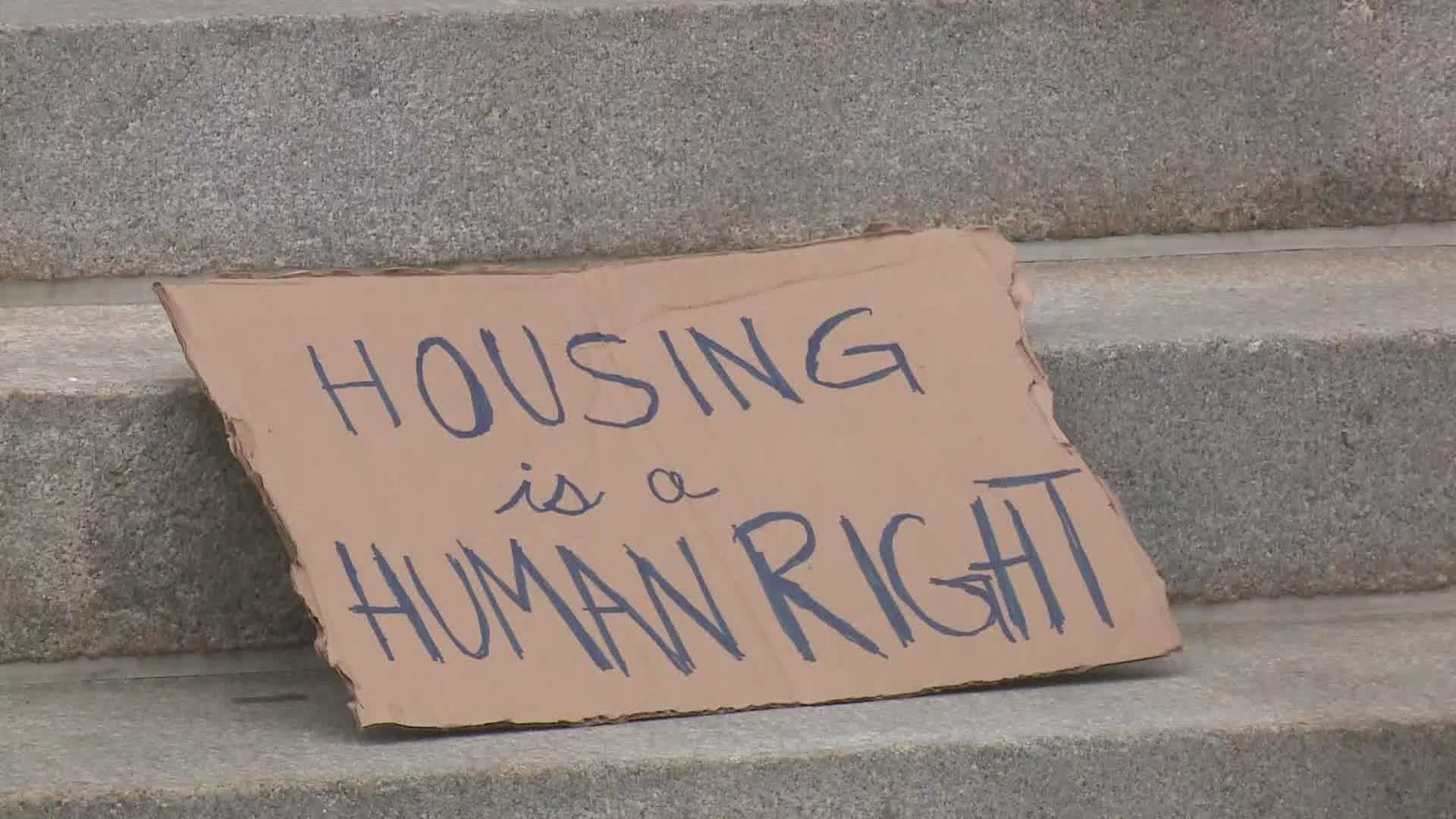 PORTLAND, Maine — The City of Portland said on Wednesday it's continuing to respond to the issues in Deering Oaks Park regarding large amounts of people experiencing homelessness camping out in the park.

In response to numerous complaints the City has gotten about the ongoing issue, the City says its staff and community partners will be providing additional outreach throughout Deering Oaks “in an effort to encourage homeless individuals to seek overnight shelter and explain that day services are available and that this is where they will have constant access to food and water.”

The City says it will help unsheltered individuals find shelter and “reinforce with shelter guests that they are encouraged to stay for day services, and additional outside shaded space at [Oxford Street Shelter (OSS)] will be provided.”

At both the OSS and the Portland Expo shelters are at 50 percent capacity, the City said, and there are “plenty of available shelter beds and day space.”

“We know people are struggling,” Portland Mayor Kate Snyder said in a statement. “[…] Portland has long worked with local agencies and nonprofits to respond to the needs of people in our community and now is no different. The City is eager to work proactively and collaboratively with all partners in order to achieve the best outcomes for all of our residents.”

RELATED: Portland hears complaints about trash, needles and crowds of people camped out in Deering Oaks

The City says the uptick in complaints and rise in activity at the park coincide with COVID-19-related closures and other local assets that were previously available to people.

City officials believe the crowds started after Preble Street used the public property to hand out bagged lunches. Preble Street Executive Director Marc Swann called that notion “entirely untrue,” however, and said they are feeding people because they are there.

On Friday, July 17, the City said the Parks Director gave notice to Preble Street that a permit is necessary for their use of public property.

“I was always surprised because we thought they said he was aware of what we were doing," employees who were part of the discussions said.

The City says it was not part of the original planning process for Preble Street’s mobile food delivery program, but says staff is currently working on a licensing agreement to help ensure the program is operated in accordance with CDC guidelines. The agreement also seeks to help minimize the impact on available public safety, sanitation, and park staff resources in light of the City’s current financial situation.

Other resources the City of Portland says it continues to offer for those experiencing homelessness during the COVID-19 pandemic include:

On Wednesday starting at 4 p.m. members of the community are holding a “sleep-out” on the steps of City Hall in Portland to show solidarity with unhoused Portlanders.

According to a release, the event was organized collectively by people impacted by the housing crisis in Portland. The group also wrote a letter to Mayor Snyder, City Manager Jon Jennings, members of the City Council, and Governor Janet Mills asking leaders to:

NEWS CENTER Maine will be covering the sleep-out event on Wednesday. Stay tuned for coverage.