It took place on the Historic Cog Railway on Mount Washington – the world’s first railway of its kind.

Fifty years later, a survivor of that crash is telling his story. 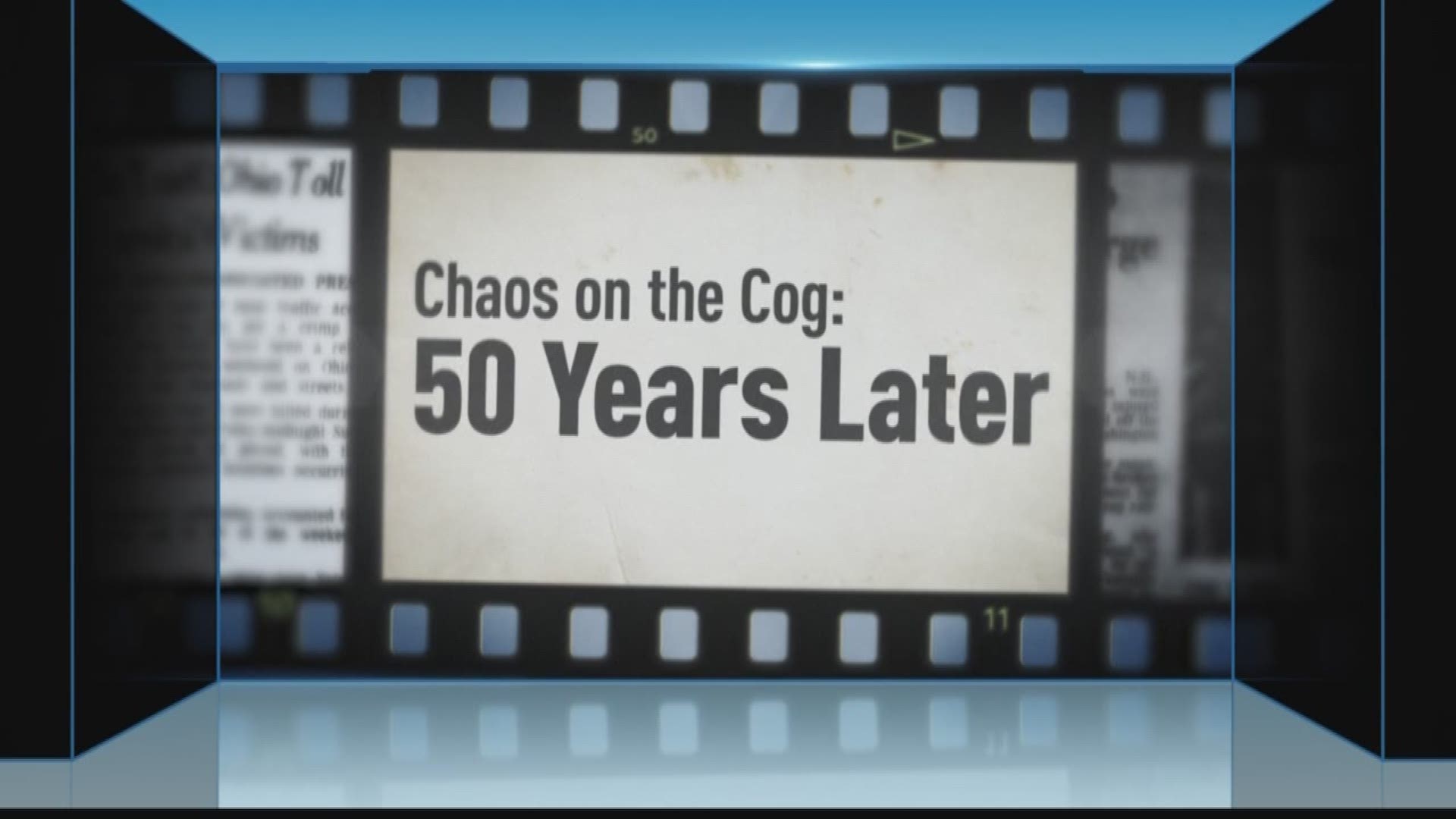 Bertrand Croteau was only 6 years old when it happened. “I had just started first grade,” he remembered.

A young Bert had spent the day sightseeing with his mom, dad, and sister around New Hampshire.

In the afternoon, the family ended up at Mount Washington - the Northeast's highest peak.

Croteau remembers it was “a nice day” and there were lots of people sightseeing.

That’s when he got on the Cog Railway, ready to ride up the mountain.

He remembers every detail. “All the people on the train were laughing, and happy, and joyous,” he said. "But then things took a turn. “[Riding the train] was pretty exciting,” Croteau said. “It was really cool, you know? And then it wasn't so cool.”

As the train made its way down the mountain after a trip to the summit, Croteau remembers “the engine just kind of lurched into the air, then off the tracks completely.”

The train car full of people followed the engine, rolling 400 feet down the mountain, and crashing.

“The people were just screaming,” he recalled. “[They were] sounds I'll never forget. The screaming was just so loud.”

He says what followed was chaos. “All sharp metal is what I saw. People all on top of me….blood-curdling screams.”More than 80 people were riding on that train. “It just looked like everybody was hurt,” Bert remembered.The scene was a scramble of bodies - stuck 3/4 mile from the summit.Bert found his older sister Debbie. “We were both looking for our mom and dad,” he said. “When I found my parents up on the mountain, my dad had shards of glass sticking out of his face.”Everyone in the Croteau family survived - but not everyone on the train.Eight people died, including three children.• James Davies, Age 7
• Mary Frank, Age 38
• Monica Gross, Age 2
• Beverly Ann Richmond, Age 15
• Charles Usher, Age 54
• Esther Usher, Age 54
• Kent Woodward, Age 9
• Shirley Zoray, Age 22It took rescue crews four hours to get all the victims down the mountain. Bert said, “it was just flashing red and white lights everywhere.”

List of all victims, including injuriesThough it happened 50 years ago - the accident lives in the back of Bert's mind. “I had a lot of nightmares for months and months. Even over the years, I've had nightmares of falling,” he said.

At one point, a psychiatrist diagnosed him with PTSD from the accident. “I get on a train, I think about it,” he said. “I get on the subway, I think about it…it will never go away.”Why did the train crash? Could it have been avoided? Is it safe to ride the Cog now? These are all questions you may want answered.

Chapter 2: The Cog Railway, present day: What changed after the crash? 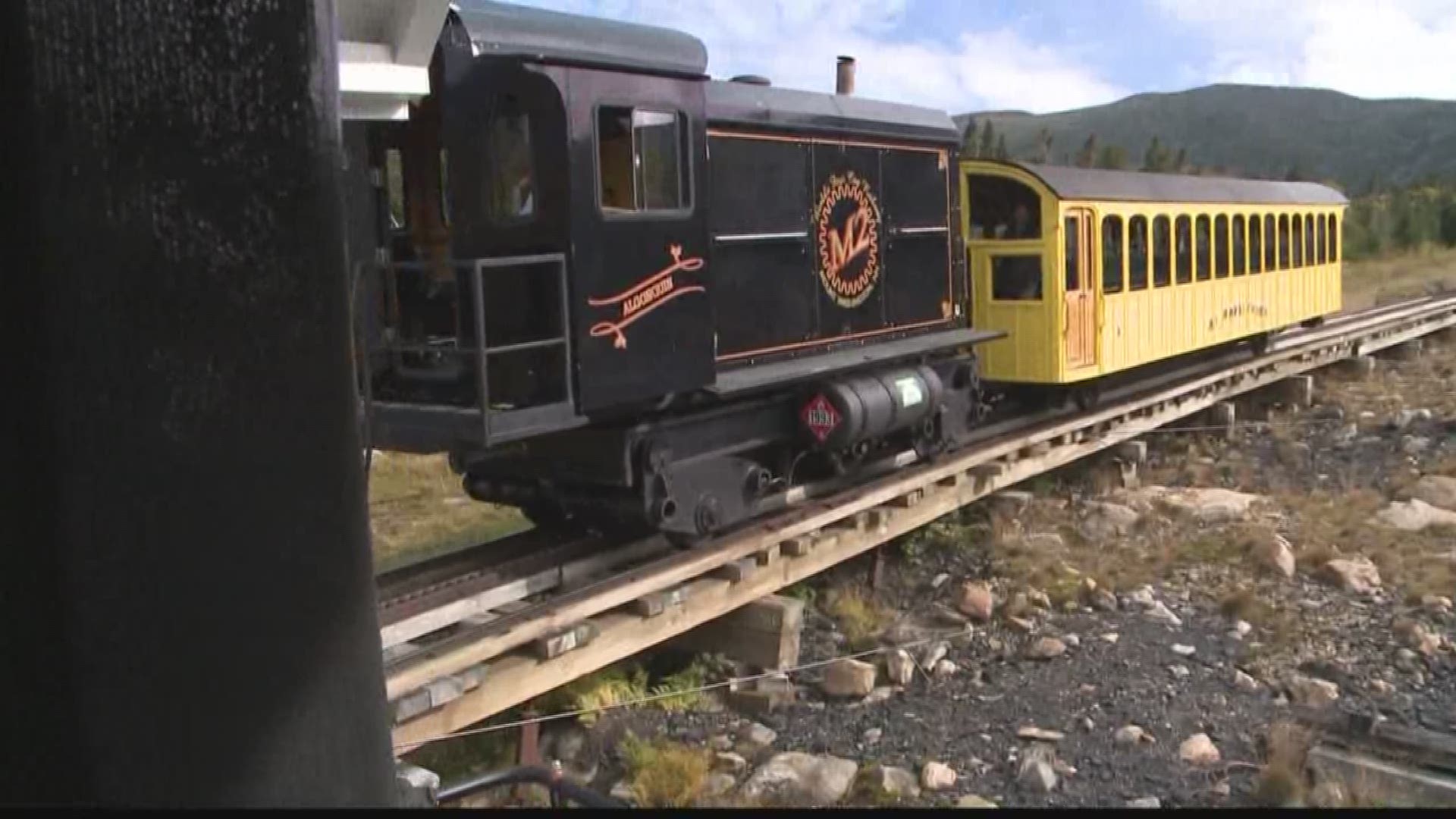 The Cog Railway looks very different in 2017 – with diesel engines, and a pretty smooth ride.It brings thousands of tourists to the summit of Mount Washington each year, and has had record attendance numbers for the last five years.The railway has come a long way in 50 years, when that major crash on its way down the mountain claimed the lives of 8 people and injured more than 70. It’s an accident that current owner, Wayne Presby, says never should've happened. “There is absolutely no reason for that accident to have taken place. None whatsoever,” he said.The New Hampshire Public Utilities Commission found that the deadly crash was a result of “human error and not due to any structural or mechanical deficiency of the railroad.”

Presby says the brakeman was sitting in the engine car, and instead had his brother running the brakes.
But why exactly did the train crash? A piece was misplaced in the switch at the skyline station, causing the engine to derail, and the car full of people to follow it.

Back in 1967, railroad switches had to be changed manually with a series of 9 hand motions.The train crew didn't stop to check the switch, and instead barreled through it even though it wasn't set properly - causing the major crash.

Nowadays, switches are automatic - but just for safety, the Cog crew still comes to a complete stop before passing through “to make sure the [switches] are properly lined up.”That safety step was a requirement by the PUC after the accident 50 years ago.But Presby, who has owned the railway since 1983, has taken the required safety steps even further. “My idea is, let's keep the operation the same, but let's embrace technology every place we can, especially if it enhances safety,” he said.Here are just some of the changes:

Even though safety and passenger numbers are up record amounts...there are some people Presby still can't convince to ride. “You know, older folks… That tell me that they will never ride the train because of what happened on that day,” he said.There is nothing to mark the spot where 8 people died on September 17, 1967 – no memorial, or markers. Presby says while he does think about the accident every day at work, but he wants to focus on the future. In his words, “this was an accident and it happened one time, and it was all human error, and as long as we follow these procedures, there's no way this should ever happen again.”