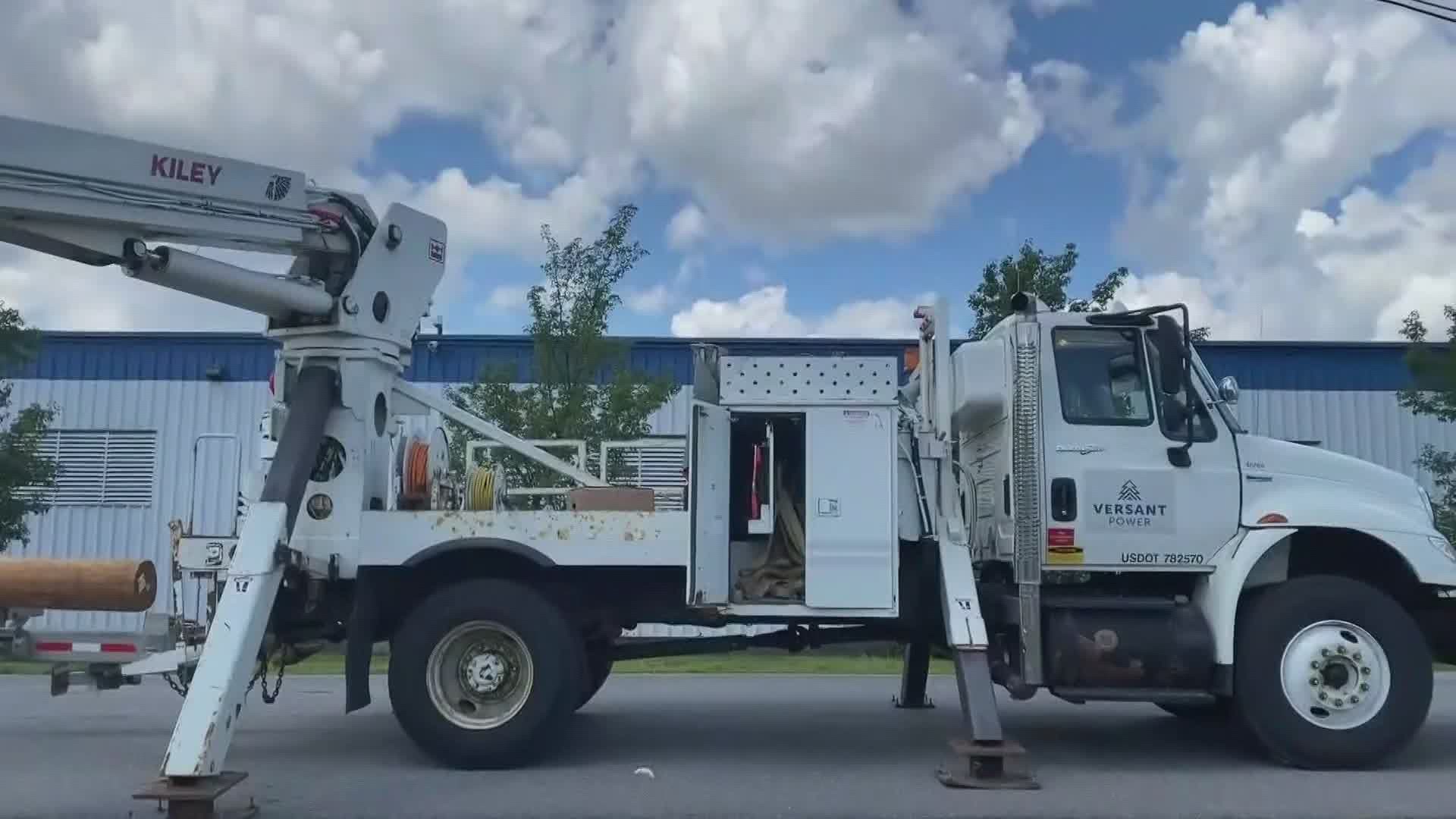 The bipartisan proposal by Maine lawmakers would force CMP and Versant Power to sell their assets to a Maine consumer-owned non-profit corporation to be called "Pine Tree Power."

The money to make the purchases would come from bonds.

The press conference comes as a hearing on the bill got underway Thursday in the state Committee on Energy, Utilities and Technology.

Flanagan testified against the bill Thursday at the hearing, and said the bill is "a bad proposition for Mainers."

“All Mainers deserve reliable power service at reasonable rates. For more than 120 years that has been our mission—now on behalf of 646,000 customers," Flanagan said. "Our company was founded by Mainers and employs more than 990 people in the state—from lineworkers to engineers to finance experts—and each of us is committed to doing what we can to ensure safe and reliable service to our neighbors and communities. Those of us who have deep experience running a utility know that this bill – to seize private assets and politicize the management of electric service—is a bad proposition for Mainers.”

The Public Utilities Commission (PUC) submitted testimony neither for nor against the legislation. The PUC said the goal of the proposed Pine Tree Power company is "to substantially lower ratepayer costs through the ability of the Company to finance what is expected to be substantial investments in the grid to accomplish the State’s climate goals through beneficial electrification at much lower costs" than an investor-owned utility company, such as CMP and Versant.

"The creation and operation of a non-profit quasi-governmental entity to own the assets of T&D companies may well accomplish this important goal over time. Whether it does so will depend, in part, on decisions made by the operator and the priorities set by the Board, which could align with or compete with these policy goals," the PUC said.

The PUC continued to say, however, the legislation "is not without risks," saying the time and effort that will go into creating such a company "may create delays and uncertainties over a significant period of years that could frustrate the State’s goals of grid moderation and beneficial electrification."