An eight year old from Greene, wanted to put a 'Buddy Bench' at his school, so no kid feels lonely. 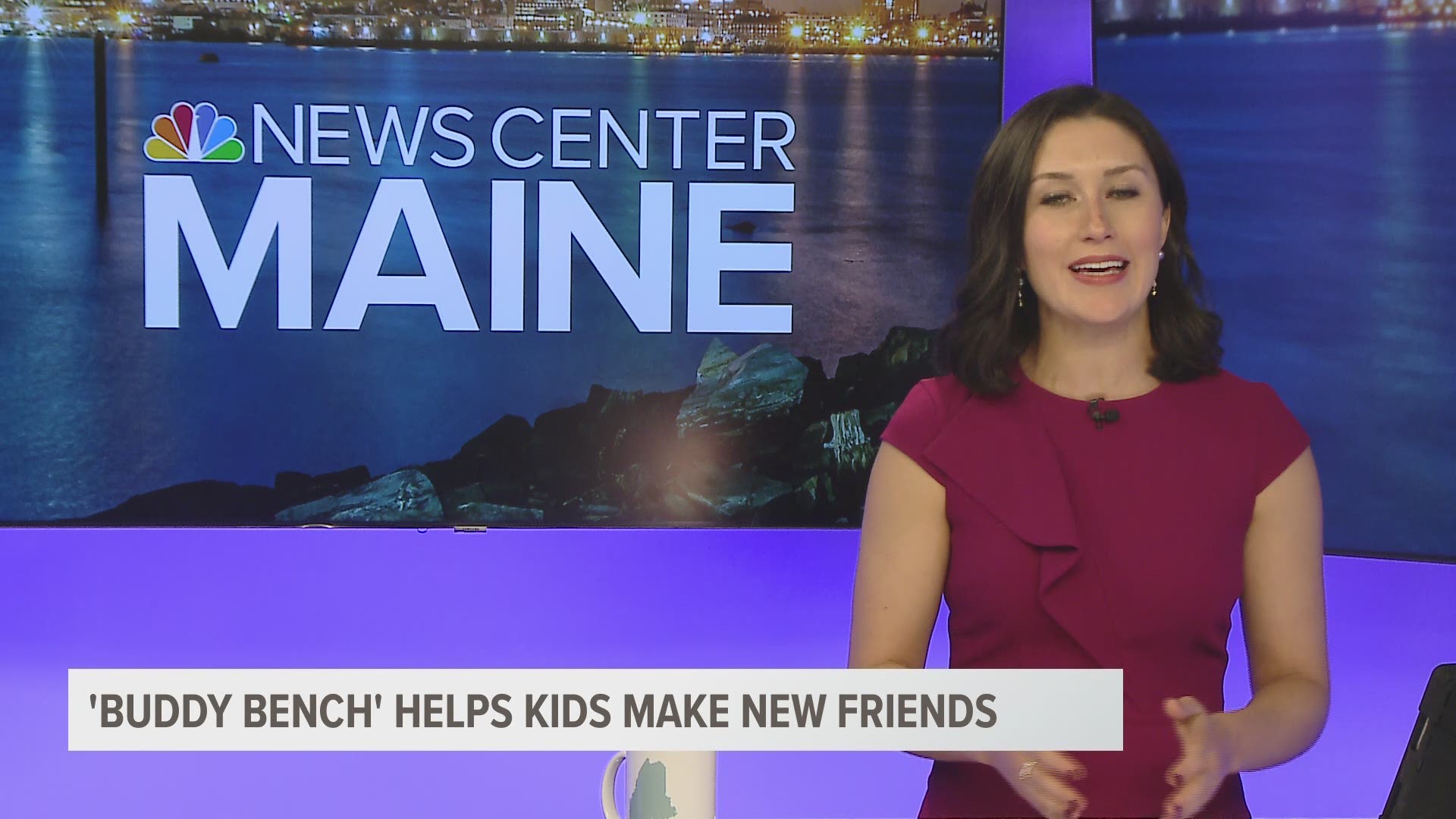 GREENE, Maine — A playground is where children can be themselves, but for some kids, it can also become a painful, lonely place.

"If kids don't have a friend to play with and they want one, they can come sit on this bench," said Traeh Cloutier.

Traeh Cloutier calls it the 'Buddy Bench.' The bench, located at Greene Central School, is a tool that helps bring children together, and makes them feel included. It was the eight year old's idea to put one at his school.

"Some kids sit on it and I come over and ask, do you want to play?" said Traeh.

"His name is heart spelled backwards. He utilizes 'big heart' to be able to say he wanted to bring something that would come to the school. That provides a place to every child to have a friend, because that's extremely important as a child to know that you matter to somebody," said Traeh's mom, Chrissy Cloutier.

Traeh said at times, he himself has felt lonely on the playground. He doesn't want anyone else to feel that way.

"I felt lonely when the bench wasn't here," said Traeh.

With the help of his mom and dad, the bench was donated last week. It is also dedicated to a student who tragically passed away last year.

"It's two acts of kindness in one bench," said Cloutier.

Traeh's mom said she hopes this simple message of kindness these children are sending, spreads to adults.

"Wouldn't that be great to have a world that had more kindness in it and more love," said Cloutier.

Certainly more heart, no matter how you spell it, forward or backwards.

RELATED: Family loses everything after home burns down in Fort Fairfield