More than 100 were at the 2nd annual Wanda Nightingale Memorial Kickball Tournament. All proceeds went to support the family of Dustin Robbins 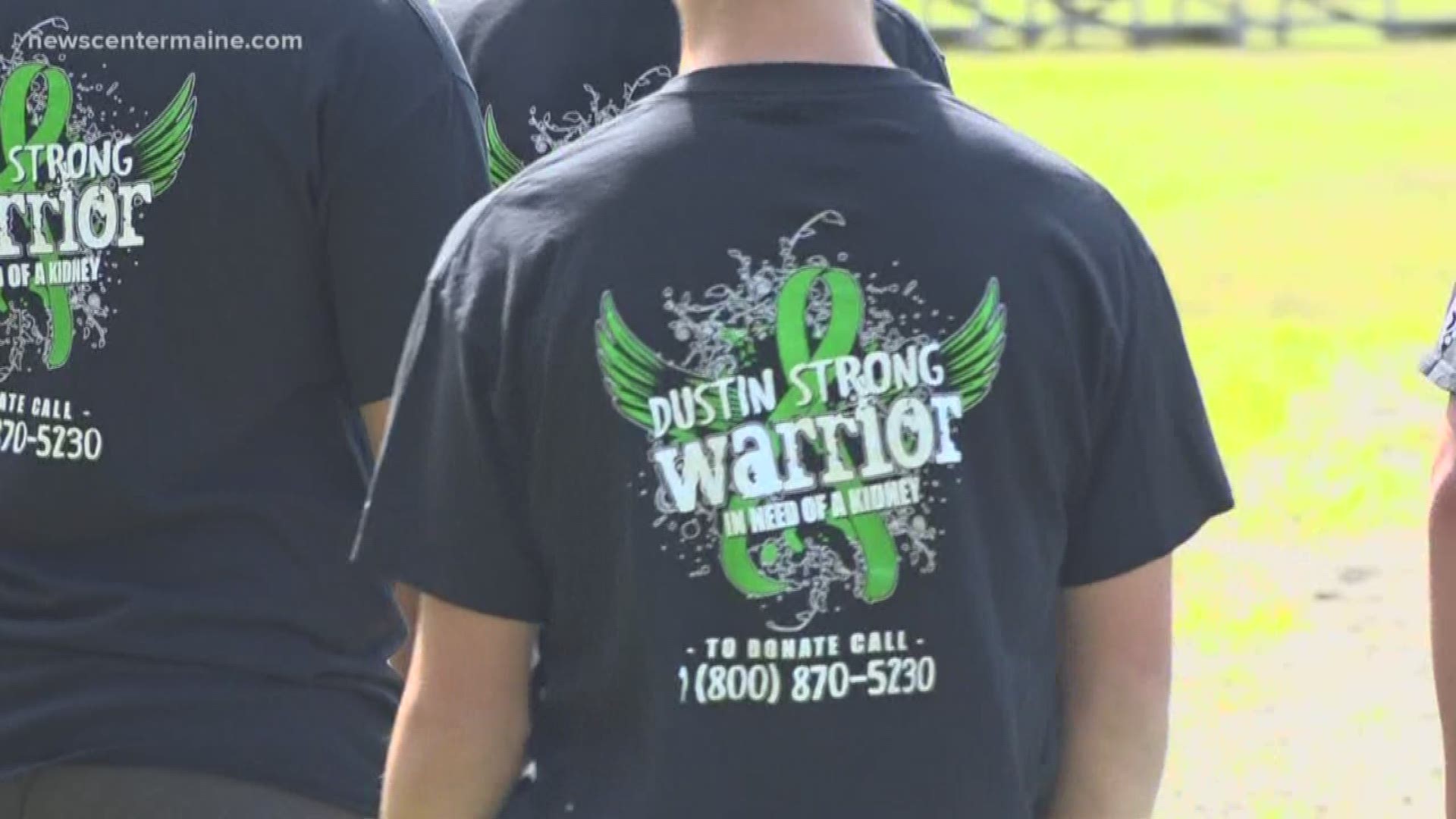 BUCKSPORT, Maine — It's been a difficult three years for Dustin Robbins. The 10-year-old from Verona Island has been battling stage five kidney failure. On Saturday in Bucksport however, the community rallied together to show that Dustin is not alone in his fight.

More than 100 people attended the 2nd Annual Wanda Nightingale Memorial Kickball Tournament. Each year, a new fundraiser recipient is chosen for the tournament.

"Being ten years old and needing a kidney just felt important to us," said Corey Nightingale, who started the fundraiser and kickball tournament after his mother passed away from a brain aneurysm. "It will all go to the family to help with trips and medical bills and everything," added Nightingale.

Corey Nightingale has been looking for causes that his mother would have loved to support. He found on Saturday, that many in the Bucksport community support Dustin's story too.

"It's full of love, which Bucksport tends to be," said Nightingale.

Dustin is currently hoping for a donor for a kidney transplant. His mother says however, through the entire three years since he got his diagnosis, he's stayed positive. "He's been a warrior for sure. He's a very strong kid," said Bowden. "He just fights, and always has a smile. Quite the sense of humor through all of it."

It has certainly been a challenge both mentally and financially for the family, however the support shown at the kickball tournament in Bucksport shows that Dustin has the entire community rooting for him.

Nightingale says he hopes to raise more than $1000 for the family at the event.