A historic mill used as a lumber storage facility for years is about to get a familiar facelift. 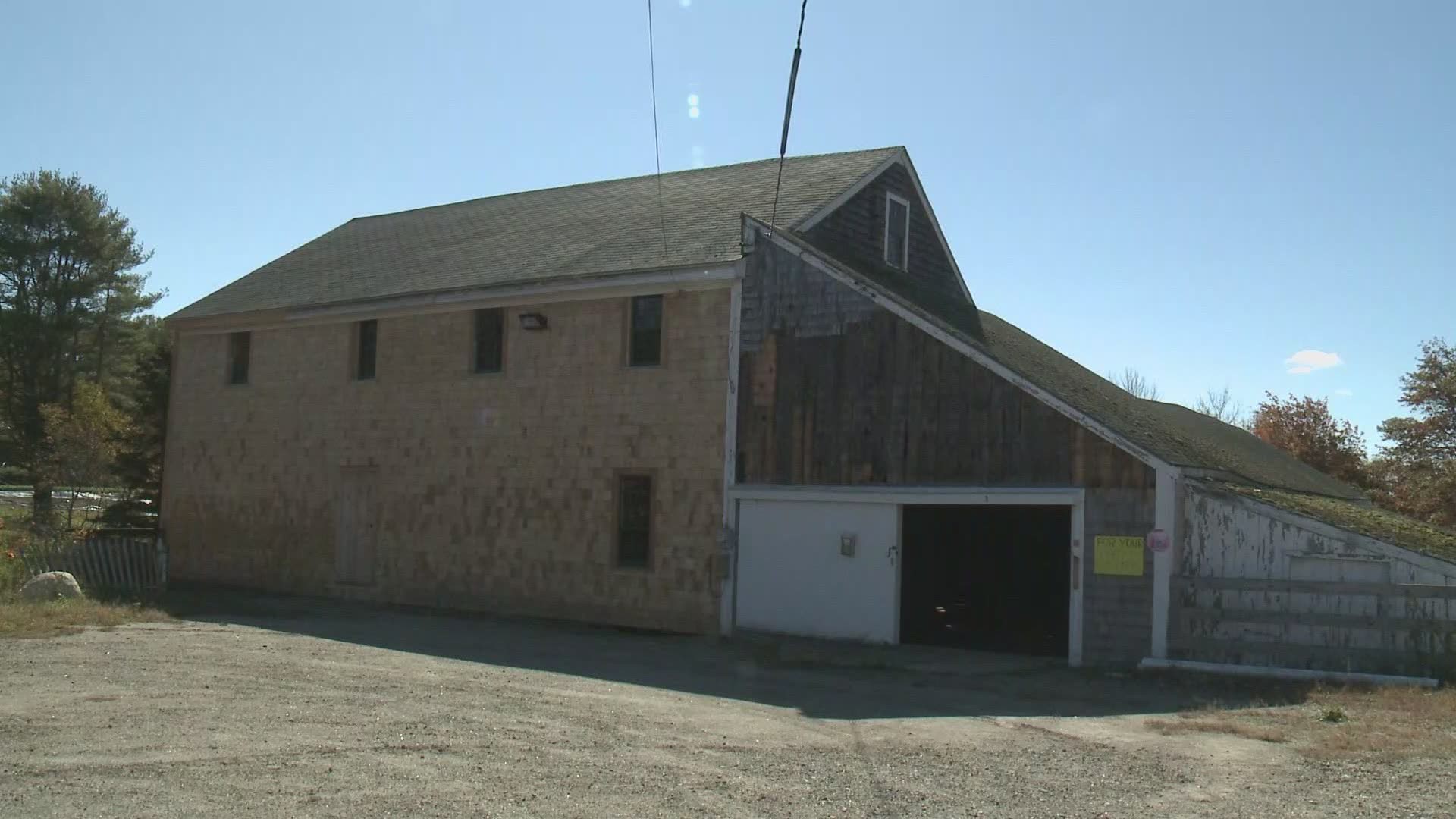 BRISTOL, Maine — The floors are rough, the old beams long-covered with dust, and the whine of the big saw blades long silent. But when you look closely, the old Poole Brothers sawmill is still there.

For much of the 19th and 20th centuries, the mill cut lumber from local forests, powered by the Pemaquid River when the water was high enough to fill the millpond. The mill became a lumberyard, which finally closed just a few years ago. Now the Old Bristol Historical Society is working to rebuild the old mill, as the main attraction for a new local history center.

"It’s a historic mill and has a lot of the history of the town in it,” said Belinda Osier of the Historical Society, who remembers going to the lumberyard as a child with her father.

When Hammond Lumber, the most recent owner, finally announced it would close and sell the facility, the Historical Society and the town manager were both quick to call and ask about preserving the old mill.

Quickest of all may have been Phil Averill, who remembered seeing the old mill equipment himself as a youngster, and knew it was still intact, even while the building was being used for decades to store lumber. Having the old mechanism that powered the mill, he said, made it feasible to restore as a museum to the town’s industrial and working history.

“Every town had multiple mills,  so to find an old mill isn’t that hard.  But a standing, intact mill with all the equipment underneath that’s unusual,” Averill said.

An exploratory trip reveals the treasure above and below the main floor. The shafts, gears, and pulley’s that made the millwork appear to be mostly in place, and some still freely turn. That equipment was all connected with a series of belts that ultimately took the force of the water-powered turbine and transferred it to the machinery of the mill—the winch, saw, and planer that did the actual moving and cutting of the lumber. All but the saw are still in place, and Averill says they have the parts to replicate that as well.

The goal is to rehabilitate the 200-year-old main building, which started life as a grist mill, as well as the slightly more recent sawmill building and install historical exhibits. They hope to reconnect the power system with a small electric motor to run it, so visitors can see how the mechanism worked. The building’s exterior is already being gradually brought back to the 19th-century appearance with the elimination of most of the lumberyard doors.

Averill says many local people have donated to the project and many have volunteered, including some summer residents with expertise in museum displays and historic preservation.

The Historical Society is still raising money for the project, which includes remodeling the former lumberyard store and office into a climate-controlled storage area for historic archives and a large display area.

The mill building will have displays and exhibits for the different eras —grist mill, wool carding mill, and sawmill—as well as the actual workings of the machinery. In addition, the structure will be on display, featuring the old timber frame construction and large “knees” made from tree trunks and roots that help support key portions of the frame.

Phil Averill says restoring the old mill had real meaning for many local people, for whom the building has been part of life in the town.

“Yes, people have told us that, and said don’t mess this up.”