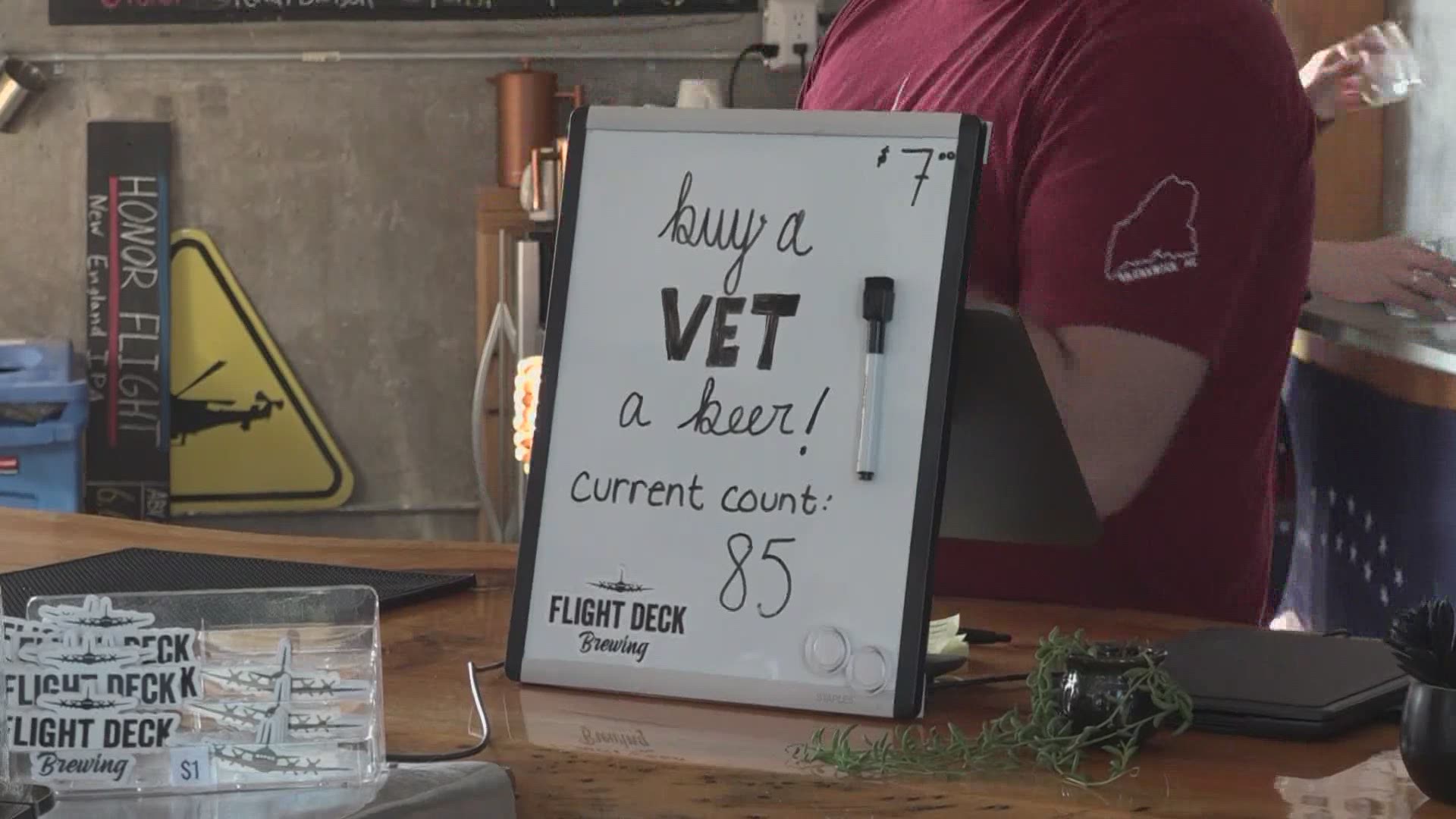 BRUNSWICK, Maine — Veteran's Day is Wednesday and a brewery in Brunswick wants to be sure to celebrate all those who have served our country.

Flight Deck Brewing is releasing an Honor Flight beer with the hopes of being able to sponsor an Honor Flight from the former Naval Air Station in Brunswick, which is right where the brewery is located.

The one time release New England IPA isn't the only thing the brewery is doing for the occasion. People who go to the brewery can also add a beer to their tab for the Buy a Vet a Beer program. That way when a veteran comes in to get a drink, their first beer is free.

Employees say they wanted to do something special this year for veterans.

"We have so many great men and women that come in here with stories of service," Justin Stimpson said. Stimpson is the director of sales and distribution at Flight Deck and he's also a veteran himself. He was a helicopter rescue swimmer in the United States Coast Guard. "We especially love the amount of contact we get from the people all over the country who actually served right here on former Brunswick Naval Air Station."

The beer is a special release and will be available Wednesday but the Buy a Vet a Beer program is something they hope will continue.