Dr. Yohuru Williams decided to stay in Minnesota in order to continue his racial justice work. He says the trial is just the beginning. 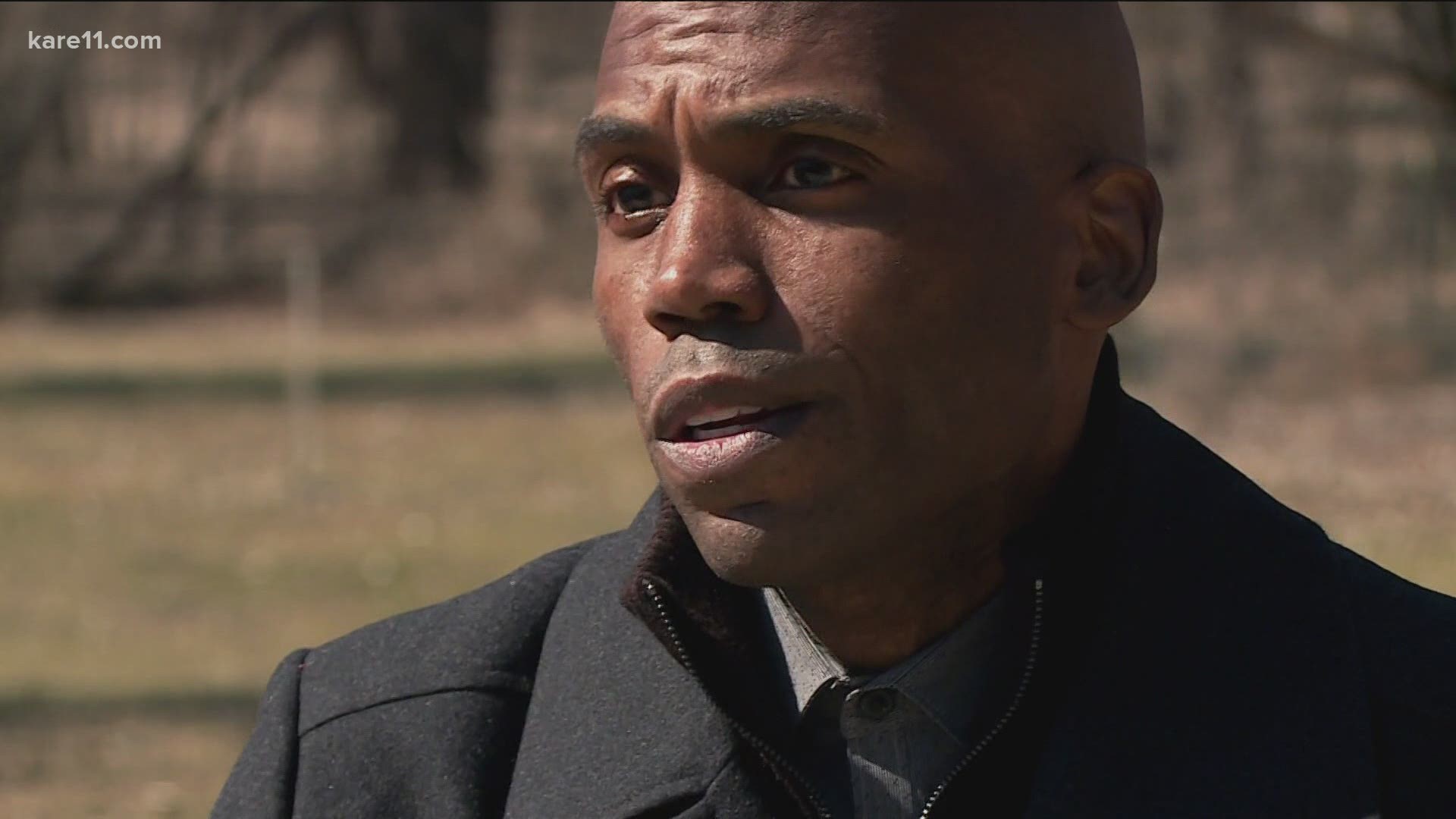 MINNEAPOLIS — Dr. Yohuru Williams planned to move away from Minnesota in 2020, but after the death of George Floyd the history professor and director of the Racial Justice Initiative at St. Thomas University knew he needed to stick around.

On the first day of the Chauvin trial, Dr. Williams talked about his decision and the path forward as the court case moves forward.

Kent Erdahl: "Why did you stay?"

Dr. Williams: "Ultimately, the most important work that anyone can do right now, is thinking about how we address issues of racial injustice. We're seeing that in so many ways. This really is the work we need to be doing to perfect our democracy, and that's why it's so important to me and so important to so many others."

Erdahl: "When it comes to the trial, will you be watching every day?"

Dr. Williams: "My message for people today is, don't forget that justice and equity go hand-in-hand. We have a tremendous opportunity in this country to re-imagine the way that we engage with one another. Most people are thinking about this as the trial of Derek Chauvin, but this is also the trial of this community. Ultimately, the verdict for us will be what we look back in 10 years and say about ourselves – how we've grown or haven't grown – in that time."

Erdahl: "What if there is a conviction in this case, but nothing else changes in five to ten years?"

Dr. Williams: "For me, I think it's a failure, or would be a failure if people assume, no matter what the outcome, that this is it. I think part of the problem is that racial fatigue sets in. We've heard people say, 'I just want things to go back to normal.' But the problem is that 'normal' made people like George Floyd invisible. We can't afford for human beings to be invisible in our criminal justice system. We can't afford that in our educational system. We can't afford that in housing or other areas where we see racial disparity. It's an opportunity for us really to see our neighbors and to embrace what it means to ultimately be human. We have to start thinking in terms of how to build the community."

Erdahl: "What advice would you give to people when it comes to understanding (how to build the community) or trying to be part of that?"

Dr. Williams: "Every step matters. Every contribution that people make. Whether it be reading to your children, educating yourself about systemic injustice, or taking steps to volunteer, there's no magic solution here. It'll be 1,000 acts of kindness, 1,000 points of light, that will move us back in the direction of a just and equitable community."