An e-mail chain sent to NEWS CENTER Maine by condo owners at the mountain who were on the thread shed some light on the Arctaris Impact Fund's offer to purchase the mountain. 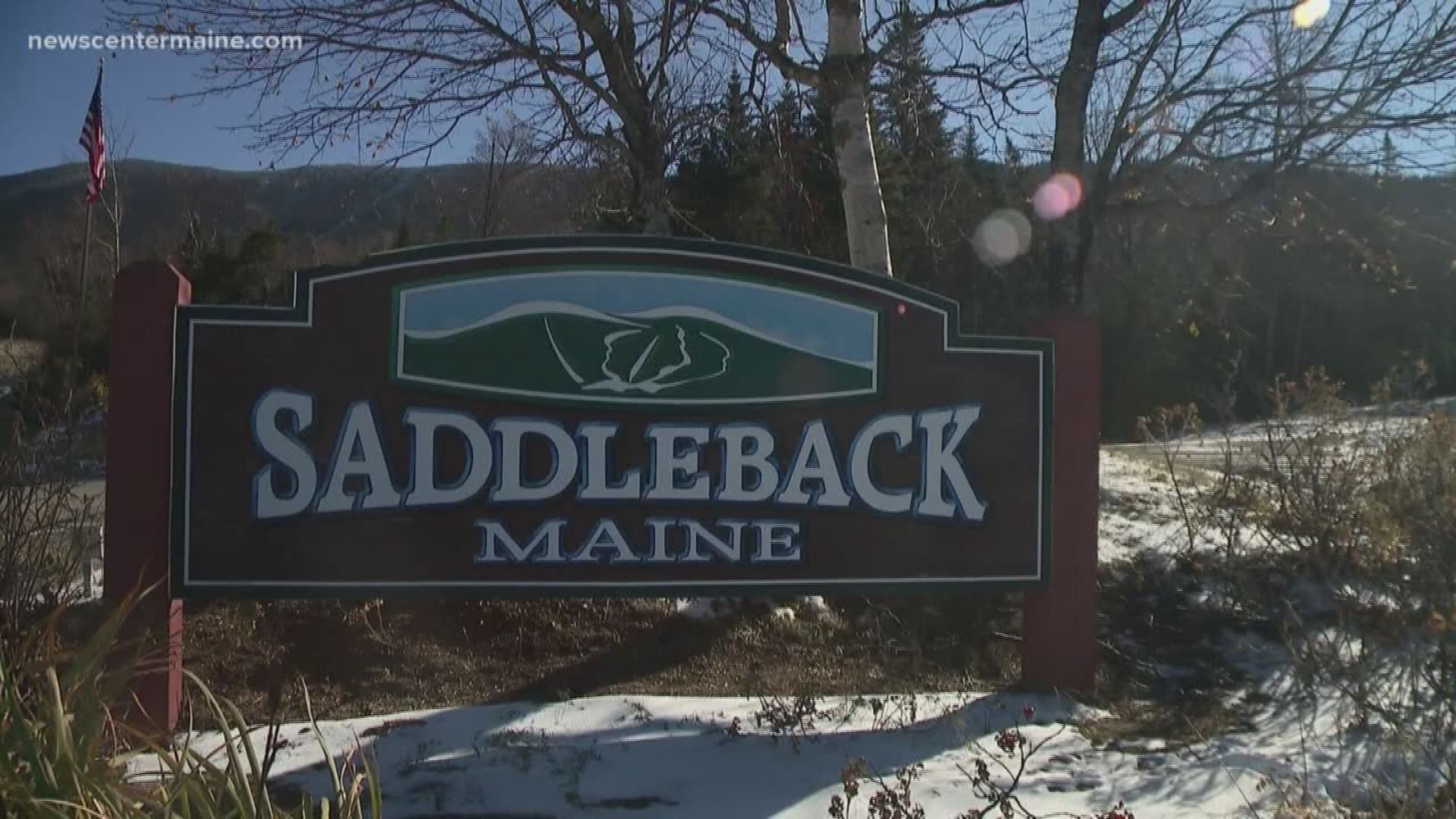 SANDY RIVER, Maine — A Boston investment group has offered to purchase Saddleback, a ski mountain that has been closed for four years.

The group, the Arctaris Impact Fund, provides "capital to profitable, growth-oriented businesses in underserved regions throughout the United States, with emphasis on inner cities and targeted rural communities," according to its website.

Condo owners at Saddleback provided NEWS CENTER Maine with an e-mail chain between condo owners, as well as members of the Berry family, who owns the mountain. The chain also included Tom Federle, a condo owner and attorney, and Andy Shepard, the President and CEO of the Outdoor Sport Institute. Shepard does not own a condo at the mountain.

The chain includes some of the details of the Arctaris offer, spelled out by Founder Jonathan Tower.

"My interest is in preserving one in Maine’s most remarkable ski mountains and the role it plays in the economy of the region - an interest shared by Tom." Shepard wrote in an e-mail.

Arctaris is budgeting for a $25-30 million investment plan over the medium term that would include a $3-5 million philanthropic component.

The purchase price was not disclosed.

RELATED: Rangeley residents crushed after another setback to re-open Saddleback

"Arctaris is uniquely suited to lead this type of bold initiative that will help to stabilize the Rangeley community, bringing back local businesses, jobs, and real estate values.

We look forward to working directly with the Berry family to find a mutually agreeable path to reopening Saddleback Mountain," wrote Tower in a statement to Tom Federle and Andy Shepard, two of the condo owners, who shared the statement in a chain with dozens of other owners.

"It appears that based on what we’ve been told that this is the most viable offer yet. It would be a shame if the Berry family did not communicate in Arctaris with a way that would that promote a healthy and productive negotiation," said condo owner Scott Reid.

Reid has owned a condo at Saddleback since 2001, and had been skiing there since 1985. He and other condo owners believe the owners of the mountain, the Berry family, have been deliberately silent regarding other offers to purchase the mountain. He said they were never made officially aware of any other offers on the mountain except the offer by the Majella group: an offer that failed to finalize after the CEO was caught on tape saying that opening the mountain was not a high priority, instead using it to abuse a visa program.

"It's been really disappointing and unnecessary," said Reid. "There's been this cone of silence that the Berry family has taken that strategy to not say anything. That has led to a lot of frustration and anxiety for a lot of people."

The closing of the mountain seriously hurt the Rangeley community, particularly with the loss of jobs. Reid and other owners believe this offer could help change that.

"Quite frankly they're making an investment in the entire Rangeley region," said Reid. “It appears that based on what we’ve been told that this is the most viable offer yet. It would be a shame if the Berry family did not communicate in Arctaris with a way that would that promote a healthy and productive negotiation."

"Arctaris remains sincerely committed to working with the Berry family to complete a sale transaction that will reopen Saddleback Mountain as quickly as possible, restore a critical economic engine for the greater Rangeley community, and to be able to honor the legacy of the Berry family’s long commitment to western Maine.  Reopening the mountain with adequate capitalization would support the health of numerous Rangeley businesses, real estate, tourism, and the community overall.  We understand that continued inaction on the mountain is the greatest risk to the Rangeley community, affecting every business and property owner," Tower's statement reads.

The statement outlined some of the details of the offer:

Arctaris offered "well in excess of what we understand to be the Berry's total debt on the property." Arctaris does not need to raise capital for this transaction; it would use its own capital to fund the purchase. The fund would not require New Markets Tax Credits as a condition to close on the mountain.

Arctaris would use community donations to purchase a new chair lift and T-bar, according to the statement in the e-mail chain.

The fund expects it would take 120 days to close the offer, but the statement does not indicate an actual closing date or the date of the offer.

NEWS CENTER Maine reached out to Faith Berry for comment and has not received a response.