Body of state trooper killed on I-95 reaches Augusta

The body of Det. Benjamin Campbell lies in Augusta after making the journey from Bangor, flanked by law enforcement and emergency personnel. 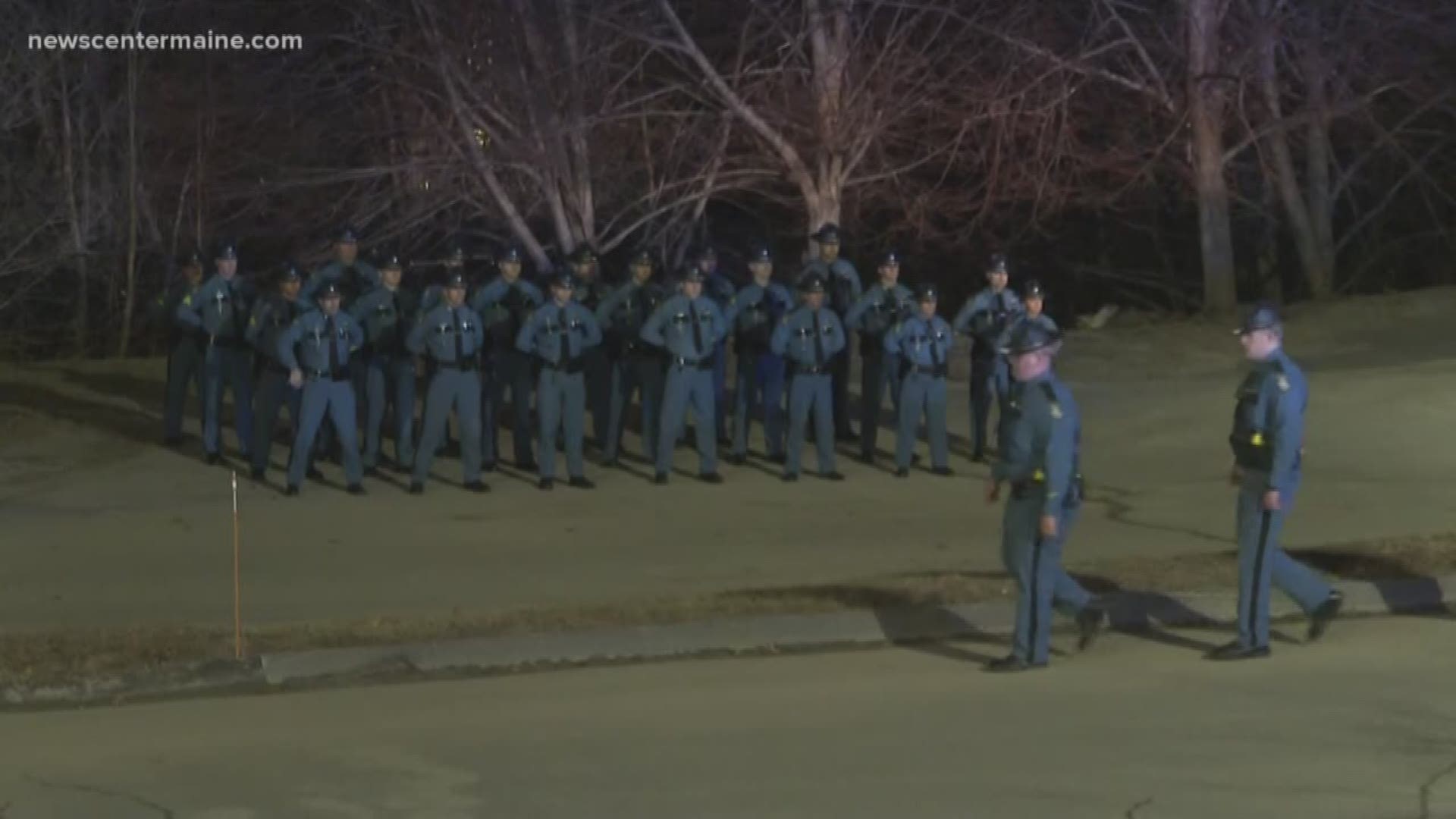 AUGUSTA, Maine — Dozens of emergency and law personnel braved the wind and rain Wednesday night to salute a fallen colleague on his last ride.

The body of Det. Benjamin Campbell lies in Augusta after making the journey from Bangor, flanked by law enforcement and emergency personnel.

The procession began in Bangor early Wednesday evening at Eastern Maine Medical Center. Emergency vehicles lead the hour and a half long procession to the Office of the Chief Medical Examiner in Augusta.

Det. Campbell’s body was greeted by nearly a dozen different departments. He has been draped in the American flag and was carried gently by his fellow troopers into the office.

For most troopers, the pain of this loss is too fresh to even speak aloud. They were all hit hard by the accident that happened earlier this morning when Det. Campbell was struck by a tire that separated from a tractor-trailer. He was outside of his cruiser helping another driver in need at the time of the accident.

In the days and weeks to come, members of Maine State Police will be looking to remember Det. Campbell for more than just the tragic way his life ended.