The Maine GOP-sponsored event called on boaters and bikers to meet in Bucksport, where they'll parade along the river until they reach the Bangor Waterfront. 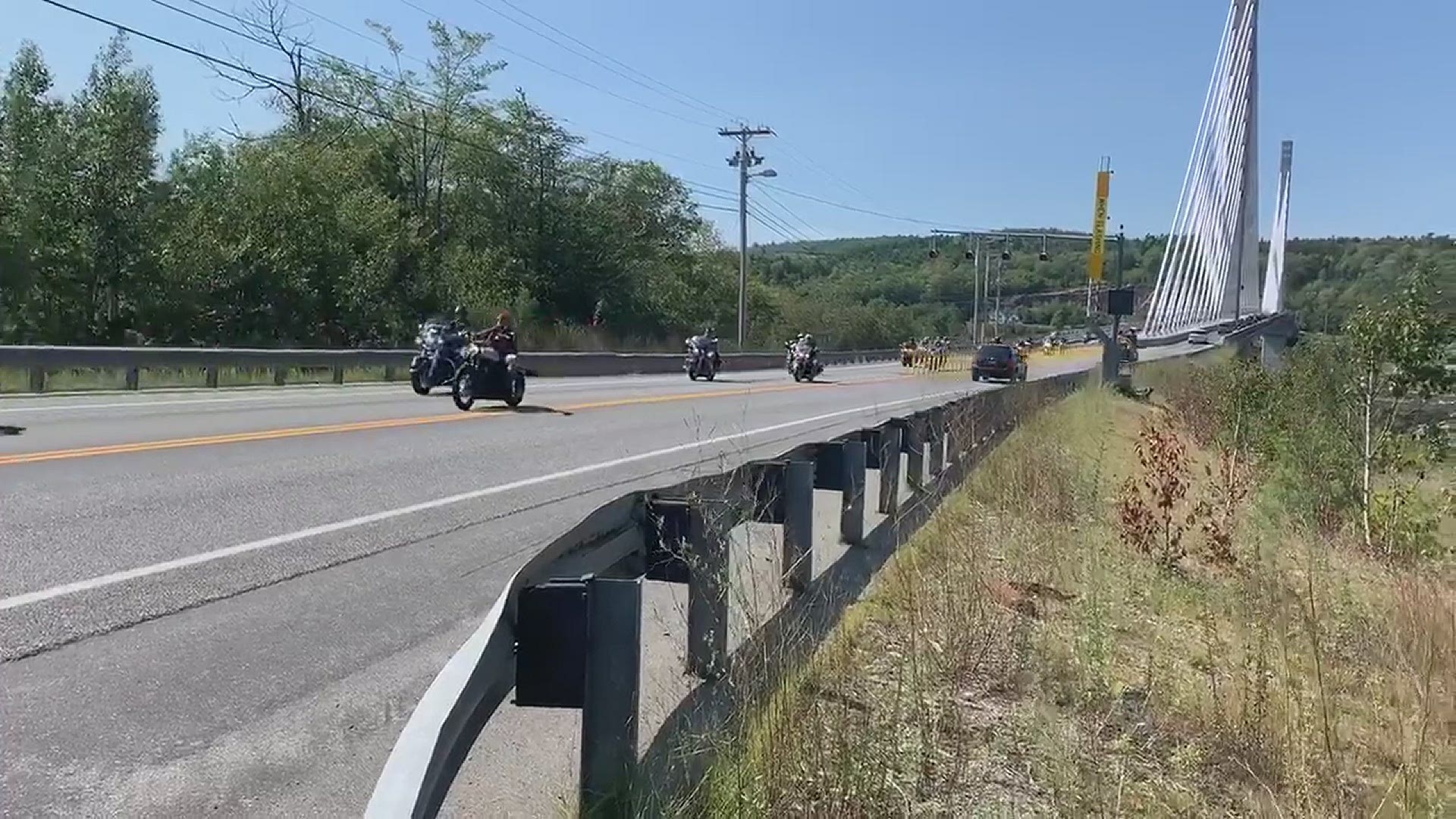 BUCKSPORT, Maine — Donald Trump supporters gathered in Bucksport on Monday for a Labor Day parade along the Penobscot River.

The event, which is sponsored by the Maine Republican Party (GOP), called on boaters and bikers to meet in Bucksport, where they'll parade along the river until they reach Bangor.

State Representative Richard Campbell said the idea of the parade came from a simple conversation.

“Someone said we outta have a boat parade. Nothings going on this summer, the people in the harbor are anxious," Campbell added. "It was really exciting to watch it all come together on a beautiful day like today.”

Boaters met in Bucksport until 1 p.m., then began cruising up the river to Bangor, with bikers and a car parade following along.

More than 20 boats left the dock while the 'road coalition' took to the streets. Bikers and car and truck drivers looped around the Penobscot Narrows Bridge and made their way to Bangor.

Roger Willet's truck was part of the parade.

“It was a very patriotic day, all you could see were Trump flags and American Flags up and down the line.”

Michael Brageon was one of the many Trump supports on a boat during Monday's parade. He said even though the parade is attended by Trump supports, anyone is welcome to enjoy the day.

“Anybody can come, it doesn’t matter who you are, or who you’re for. Just come on down and have fun. An American Flag is all you need.”

The bikers have arrived in Bangor. The majority of the riders have parked by the waterfront and are now waiting for the boat parade to arrive. @newscentermaine pic.twitter.com/Wd4XgtQGrh

Dozens of bikes and cars were parked along the Bangor waterfront as they waited for the boats to lap around the docks. Around 3 p.m. more than 25 boats circled the docks as the crowd cheered them on.

One boater told me it’s great to see so many happy people out and around today. Another said anyone with an American flag is welcome on his boat. There are about 20 boats docked in Bucksport and more are expected to join the parade on the way to Bangor. @newscentermaine pic.twitter.com/kXedr1bS2l

The ‘rider’ part of the parade is underway. The bikers and drivers are doing a loop around the Penobscot Narrows Bridge as they make their way to Bangor. Plenty of horns honking as Trump supports pass each other. @newscentermaine pic.twitter.com/nPoO7nmriV