The organization formerly known as "BLM Portland" has changed its name to Black P.O.W.E.R. and planned a protest for this weekend in Portland. 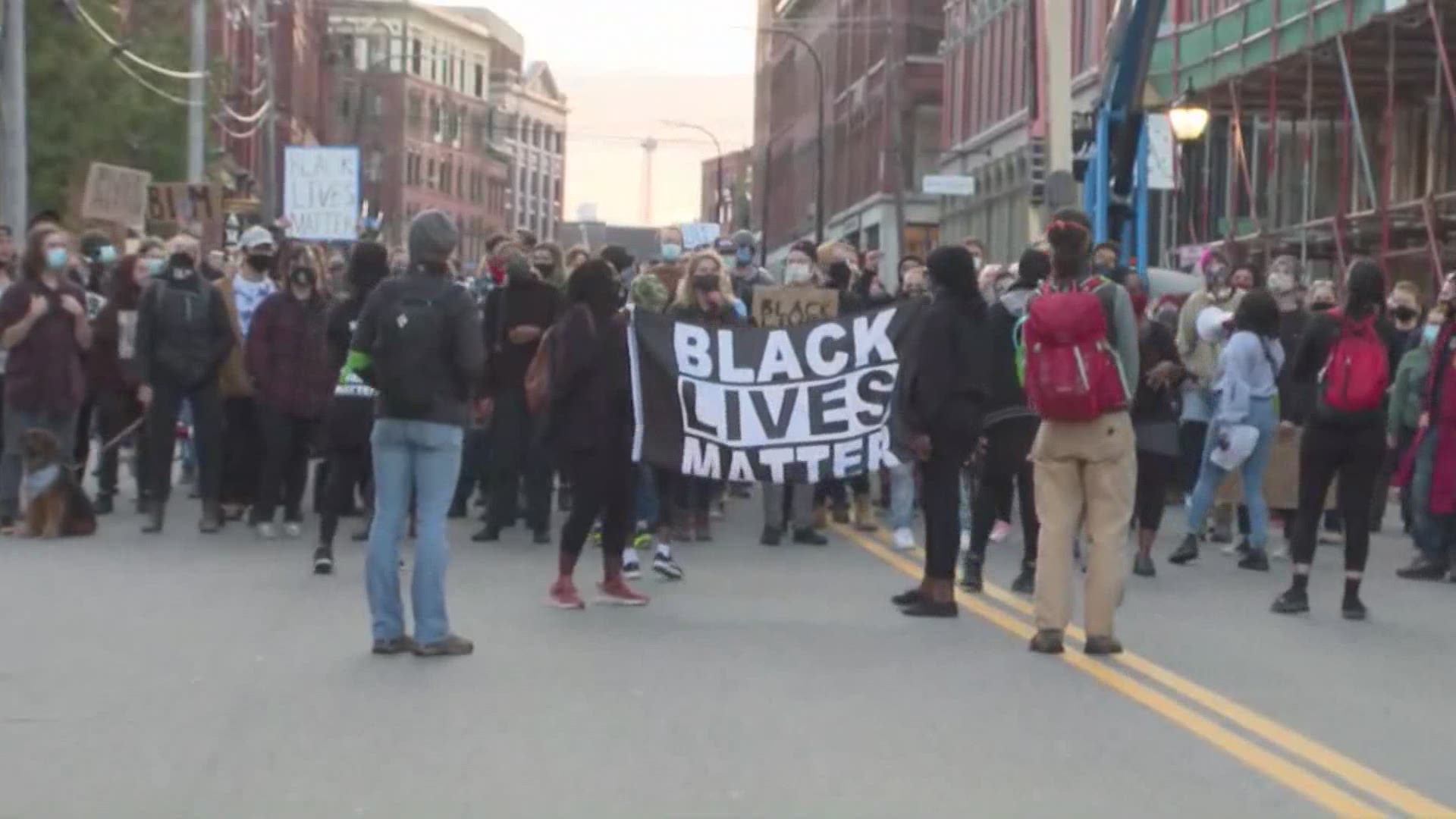 PORTLAND, Maine — The organization formerly known as BLM Portland has changed its name to Back P.O.W.E.R. and has planned a protest and march through Portland for Saturday afternoon.

The group says the eight-hour protest will "redouble" their commitment to demands made to Portland city leaders over the summer and to stand in solidarity with the Black Lives Matter movement.

"Black folks are being murdered at the hands of police throughout the country," organizers wrote in the event posting. "Police brutality and systematic racism have combined to snuff out our lives. We stand in solidarity with those seeking justice for Jacob Blake and Breonna Taylor and all victims of modern day lynching."

The protest is set to start at 3 p.m. in Lincoln Park in Portland and will last eight hours. Organizers are encouraging people to wear masks and practice social distancing at the event.

Organizers say, "We have made our demands of our local government to end systematic racism. We are not going anywhere. We are here to stay."

"We have been working hard the last few months to set up a sustainable organizational structure with the guidance of our community members and our fiscal sponsor Resources for Organizing and Social Change, and are excited for the future of our organization," organizers explained in the announcement on Monday.

The organization BLM Maine held protests in Portland last week and over the weekend in response to the grand jury decision in the Breonna Taylor case, which resulted in just one former police officer involved in her death being charged.