A grand jury indicted one former police officer in the case; no other officers involved were indicted. 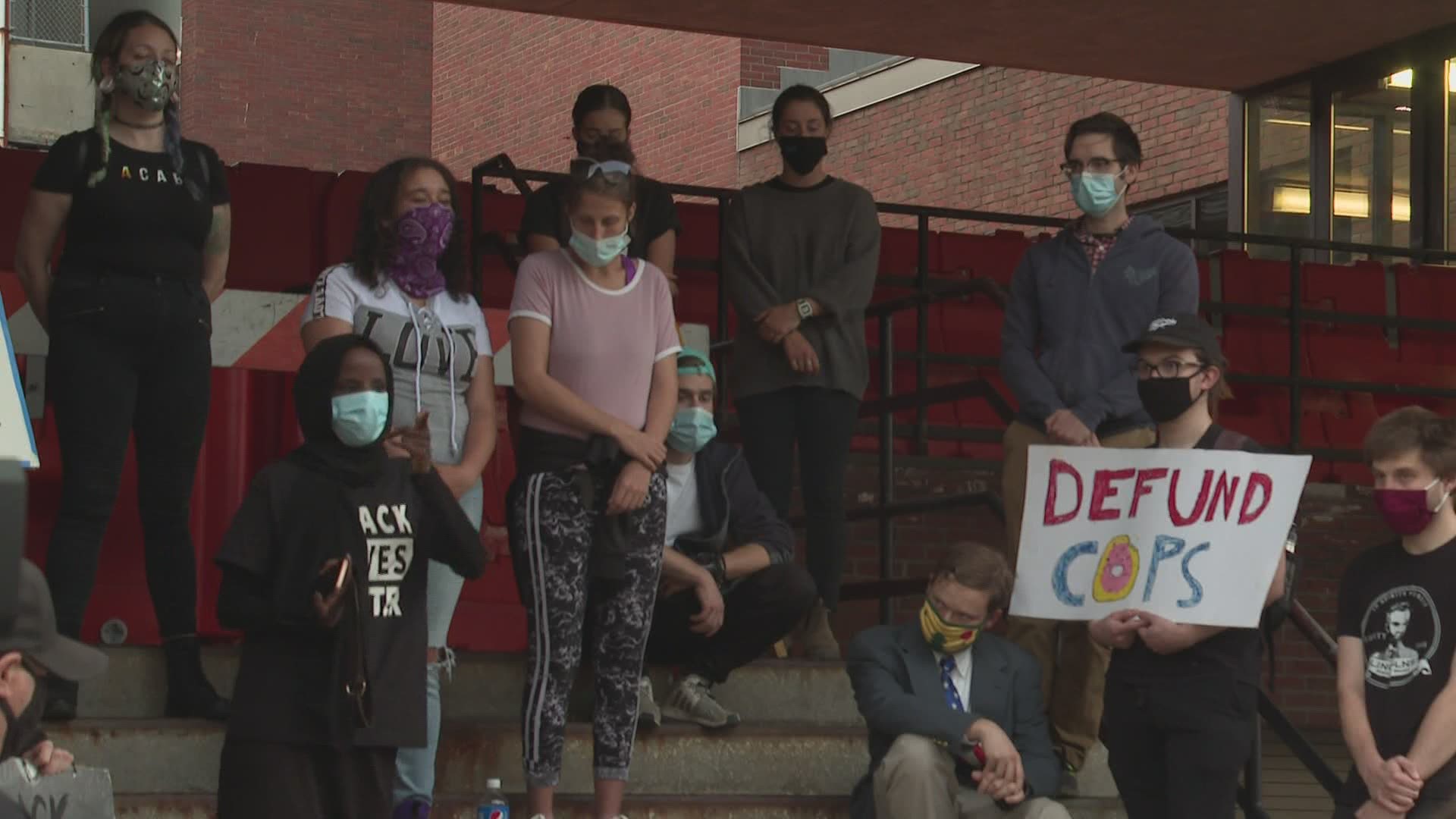 PORTLAND, Maine — Editor's Note: The above video is coverage of the grand jury announcement from our sister station WHAS in Lousiville.

Congress Street is closed in the area of Monument Square Wednesday night as Black Lives Matter protesters are gathered in response to Wednesday's grand jury decision in the Breonna Taylor case.

Activists across the country have long called for the arrest of the officers who were involved in the March 13 shooting in Louisville, Ky. Taylor, 26, was shot and killed in her home when Louisville Metro police officers were serving a no-knock warrant related to a narcotics investigation at Taylor's home.

On Wednesday, a grand jury recommended three counts of first-degree wanton endangerment for former officer Brett Hankinson for firing shots that went into a nearby apartment on the night of Taylor's death. No other officers who were involved were indicted.

"We need to do better for our sisters and brothers," BLM Maine wrote in a Facebook post following the announcement. "Come together to celebrate Breonna, show up against police brutality, and demand our city officials be held accountable to change."

One protester tells me it was important to be out here tonight, in addition to the planned protest on Saturday, to show their outrage over the lack of criminal charges for Louisville police involved in the death of Breonna Taylor. @newscentermaine pic.twitter.com/bGbWtYg0Vi

Around 6:30 p.m. Wednesday, protesters gathered in front of the Portland Police Department, sharing stories and voicing their frustrations over what happened to Taylor.

Later, a group of about 50 people gathered in the intersection of Middle and Franklin Street, chanting "Breonna Taylor" and "Black Lives Matter."

As of 7:10 p.m., 75 protesters were gathered in the intersection of Middle and Franklin Street, next to the Portland Police Department. Thet chanted for justice for Taylor. Police have closed down the roads leading to the gathering.

The approximately 50 protesters have gathered in the intersection of Middle and Franklin Streets. They’re chanting “Breonna Taylor” and “Black Lives Matter.” Police are monitoring nearby in patrol cars. @newscentermaine pic.twitter.com/EBvMydNS9F

Portland Police Chief Frank Clark told NEWS CENTER Maine, "We are looking for the organizers of tonight's protest to reach out to us regarding plans for tonight so that we can help them have a peaceful protest."

Police have blocked off the roads leading the to intersection where the #BLM protesters are seated. @newscentermaine pic.twitter.com/Yy9LM9TjCq

"In response to the injustice against Breonna Taylor, Black Lives Matter Maine is showing up," organizers said in the event posting. "We need to be out on the streets for Breonna, making our voices heard. We’ve waited 194 days for justice with no avail."

According to the event posting, Wednesday's protest will be in addition to one that was previously planned for Saturday. Both events seek to have their voices heard and amplify their call to defund the police.

There are reportedly protests planned across the country Wednesday night over the case decision.

NEWS CENTER Maine will be covering the protest. Follow Hannah Dineen on Twitter (@hannah_dineen) for live updates. This story will be updated.