Black Bears fall in round one of NCAA tournament

The Maine Black Bears were defeated by the North Carolina State Wolfpack 63-51. 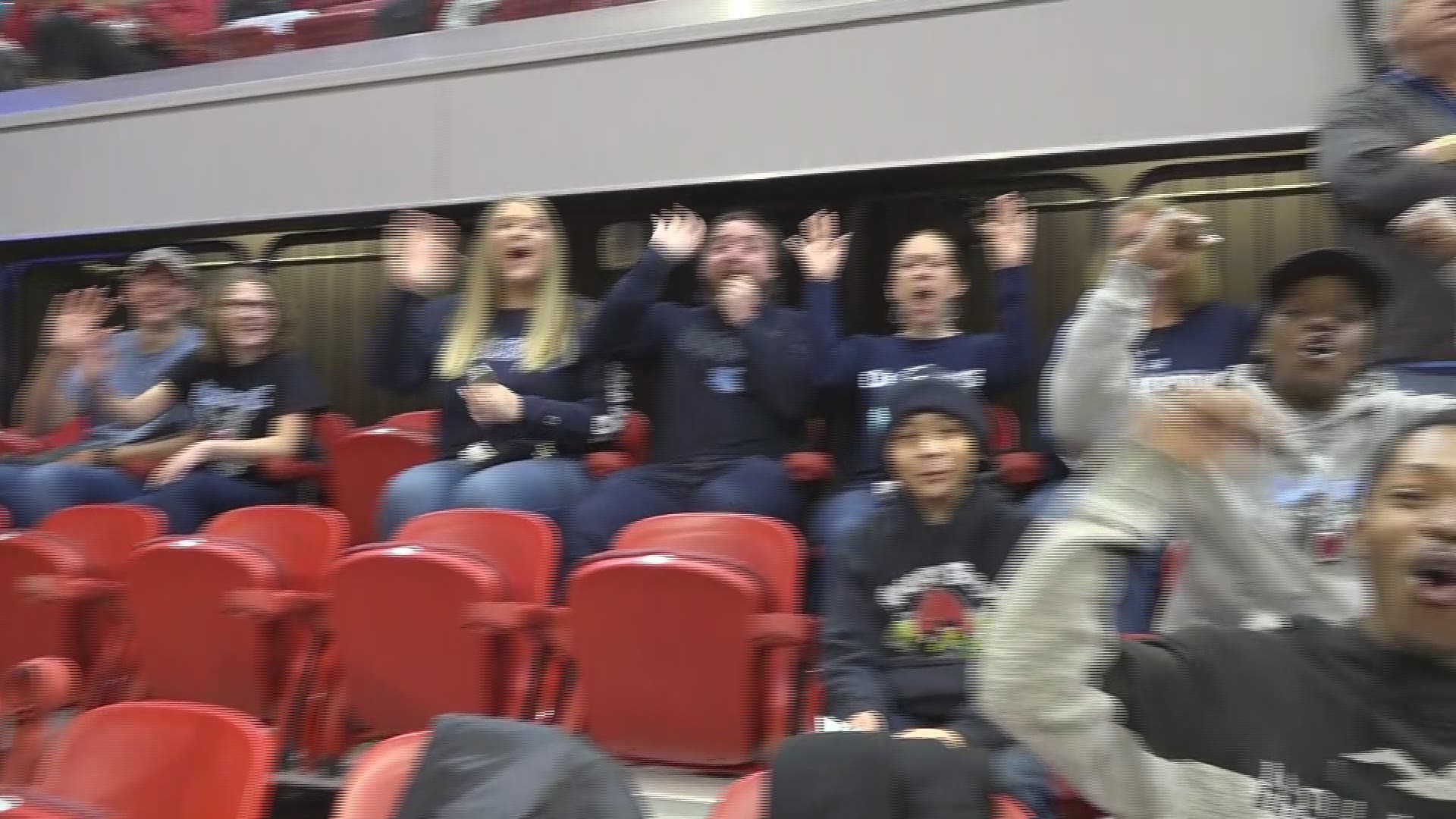 But it wasn’t for lack of trying. The Black Bears played their hearts out and their fans cheered them on to the very end.

RELATED: For the Maine Black Bears, it's a family affair

"I just came to see Maine play because I don’t get to see them that often so it’s kinda awesome to be there," Nancy Kelley-Cram said. Kelley-Cram grew up in Millbridge, Maine and went to the University of Maine for some classes before graduating from the University of Maine at Presque Isle. Now, she lives in North Carolina, but wouldn't miss the chance to see the Black Bears.

She wasn't the only North Carolina resident with Maine roots at Saturday's game. John Goding and his daughter Gabby. The father/daughter duo is originally from Bangor and John is a graduate of UMaine.

This is the end of the season for Maine, and head coach Amy Vachon says she hopes the two seniors, Parise Rossignol, and Tanesha Sutton, look back on their careers fondly.

"I said to Tanesha in the locker room I said when I got that phone call five years ago it broke my heart and then a year later when she said she wanted to come. It's just hard., you know." Vachon said fighting back tears. "To see a story like Parise, a kid who, gosh if you just knew her you'd want your daughter to be like her."

Parise Rossignol was emotional, too.

"Three years ago, I had to make a hard decision, I left this game. And I had to trust God’s plan for my life was better than anything I could have imagined. I’m just so thankful for this opportunity it’s been awesome," the Van Buren native said.

So it's back to Orono for the black bears with the hopes of dancing in the tournament again next year.

RELATED: The Black Bears are headed back to the big dance