BIW President Dirk Lesko says the company must do what it can to prevent further delays in the delivery of destroyers. 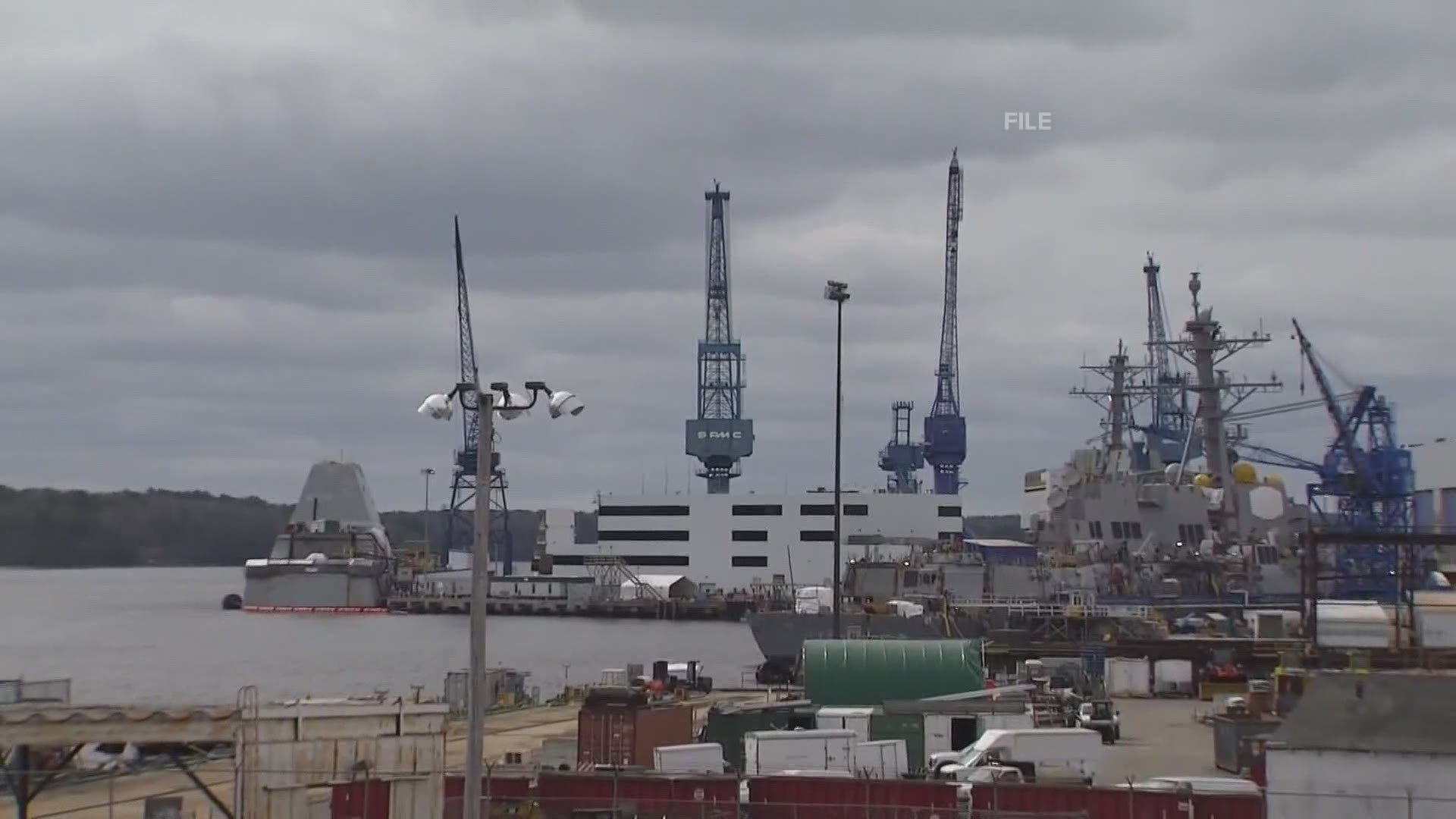 BATH, Maine — Navy shipbuilder Bath Iron Works (BIW) plans to bring in more subcontractors to join management and existing contractors to avoid falling further behind on production during the strike.

The hiring of more subcontractors is a bone of contention for striking workers and will likely infuriate the union workers. But BIW President Dirk Lesko says the company must do what it can to prevent further delays in the delivery of destroyers.

In a letter to BIW employees, Dirk wrote:

"We are ramping up our subcontracting today because even during the strike, we have a job to get done for our Navy customer. Even before the strike, the impact of attrition and COVID-19 had driven our manufacturing staffing more than 500 people below what was needed. We have sought more efficient access to subcontractors through these negotiations because the focused and timely introduction of skilled people on a temporary basis can help break bottlenecks to the flow of production through the yard. Bringing others in can also free our workforce to focus on the most important tasks."

Jay Wadleigh, a former Local S6 president and current business representative for the Machinists Union, again said subcontracting is not the answer.

"It's a poor plan on their part," Wadleigh told NEWS CENTER Maine. Wadleigh says BIW needs to get its workers back inside, not hire subcontractors.

Lesko said no union workers' jobs will be displaced by the effort.

"We prefer using our own employees," Lesko continued in the letter. "We want them to build our ships. We are proud of the work they do, the capabilities they bring, and the skilled trades they develop while they are here."

Lesko also says the company and Machinists Union Local S6 are entering into federal mediation next week in hopes of getting back to the bargaining table.

Wadleigh says mediation is still in the early stages and that they're not sure if it will lead to anything.

The strike that began June 22 focuses more on subcontracting, work rules and seniority than wages and benefits.

A spokesperson for BIW told NEWS CENTER Maine they weren't able to elaborate on the topic.