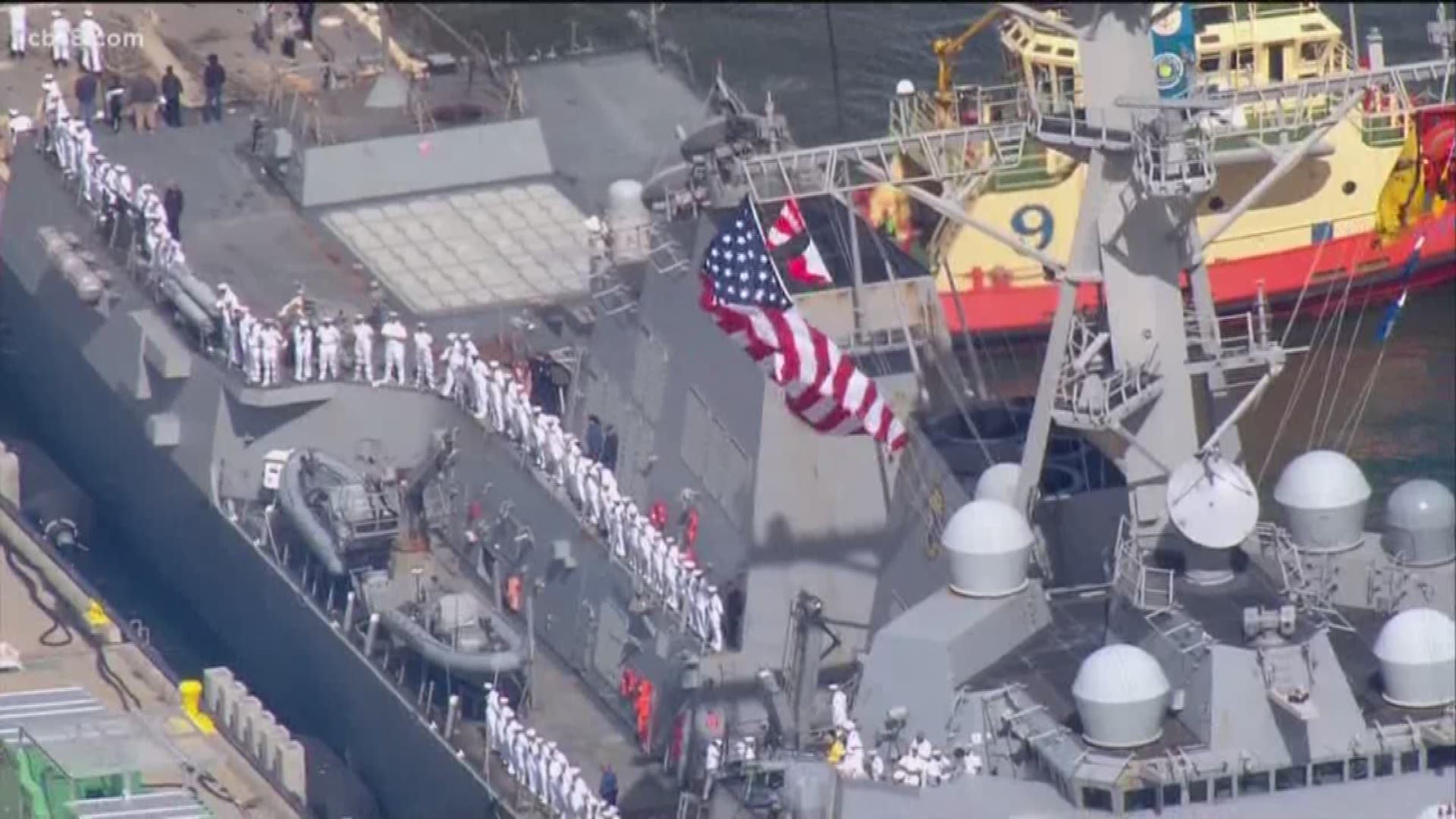 BATH, Maine — EDITOR'S NOTE: The above video is from our sister station KFMB in San Diego. This video is when the USS Stockdale returned to San Diego in 2019

The USS Stockdale, made at Bath Iron Works, is the winner of the 2020 Naval Base San Diego Ship Decorating Competition. The guided-missile destroyer took home first place for its delightful holiday decorations with more 1500 votes.

The USS Stockdale was built buy Bath Iron Works and launched in 2008. According to the U.S. Navy website, the destroyer was commission in 2009.

Just one hour left to vote for your favorite ship during this year's Holiday Lights Surface Ship competition on Facebook. https://t.co/J4y5QS7z81 pic.twitter.com/mBzqG7WSIz

The USS Stockdale posting on its Facebook page earlier in the competition, "lights are strung, p-ways and doors have been decked with boughs of holly (and other holiday adornments) and Sailors have donned their Yuletide apparel as we celebrate the coming holidays."

According to the U.S. Navy, the USS Stockdale was named after Vice Adm. James Bond Stockdale. Stockdale was captured as a prisoner of war during the Vietnam War, according to the Department of Defense. He spent the next seven years as the highest-ranking officer and leader of the American resistance in Hao Lo Prison. He went on to become one of the most highly decorated officers in the Navy, with 26 personal combat decorations, two distinguished flying crosses, three distinguished service medals, two Purple Hearts, four silver star medals and the Medal of Honor.