No explicit reason for the decision was included in an internal memo provided to department staff. 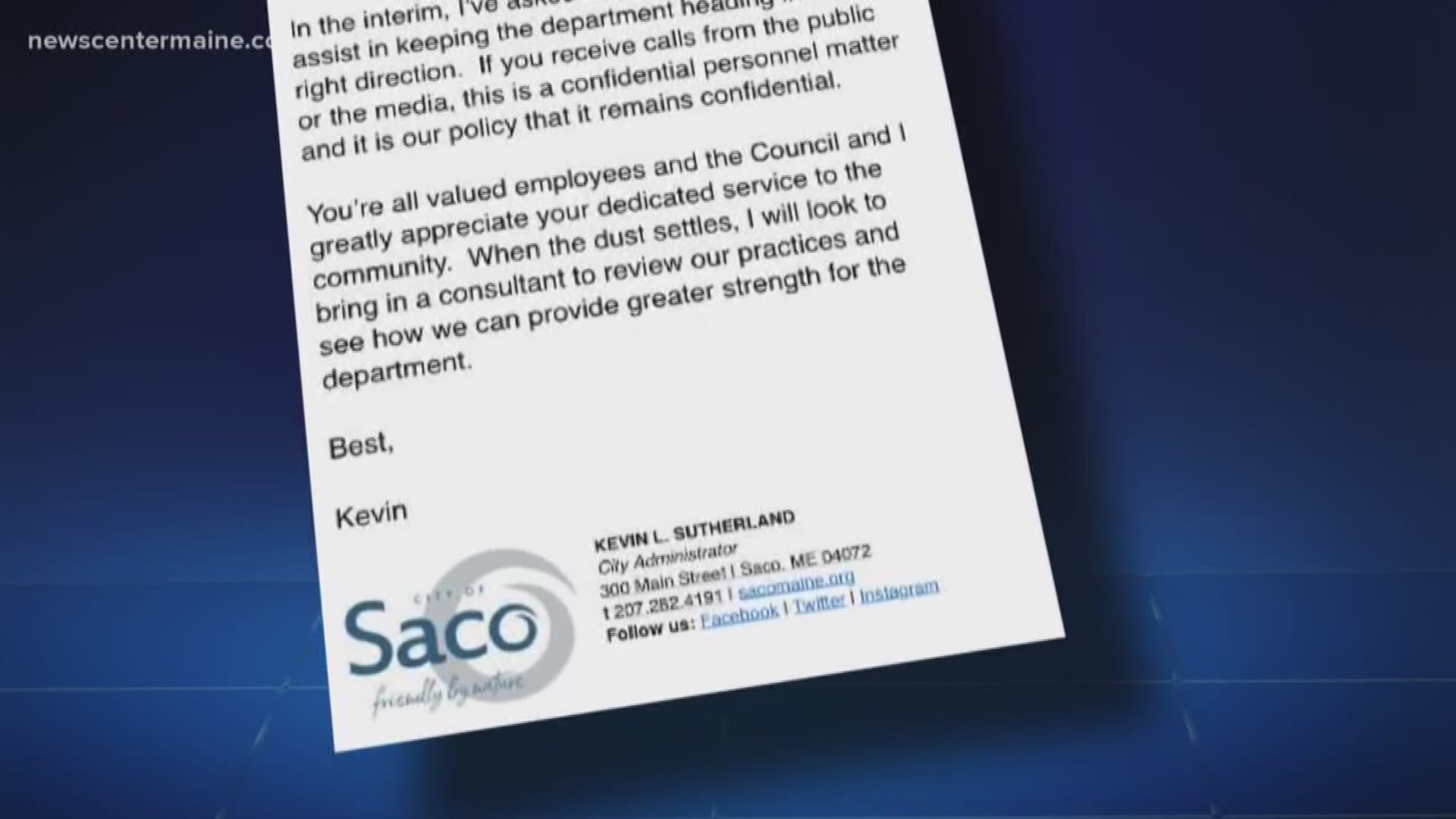 SACO, Maine — The police chief for the city of Saco and and one of its deputy chiefs have both been placed on paid administrative leave.

Saco's city administrator informed department staff of the move Friday and said he plans to bring in a third-party investigator to review its practices.

According to an internal memo obtained by NEWS CENTER Maine, the city administrator stated he had "attended several shift changes [Thursday] to address what [he] thought were departmental communication issues …"

"Since then," he states, "additional information has come to my attention where I've now placed the chief and deputy chief on paid administrative leave and am working with our attorney to assign a third-party investigator."

No explicit reason for the decision was included within the memo.