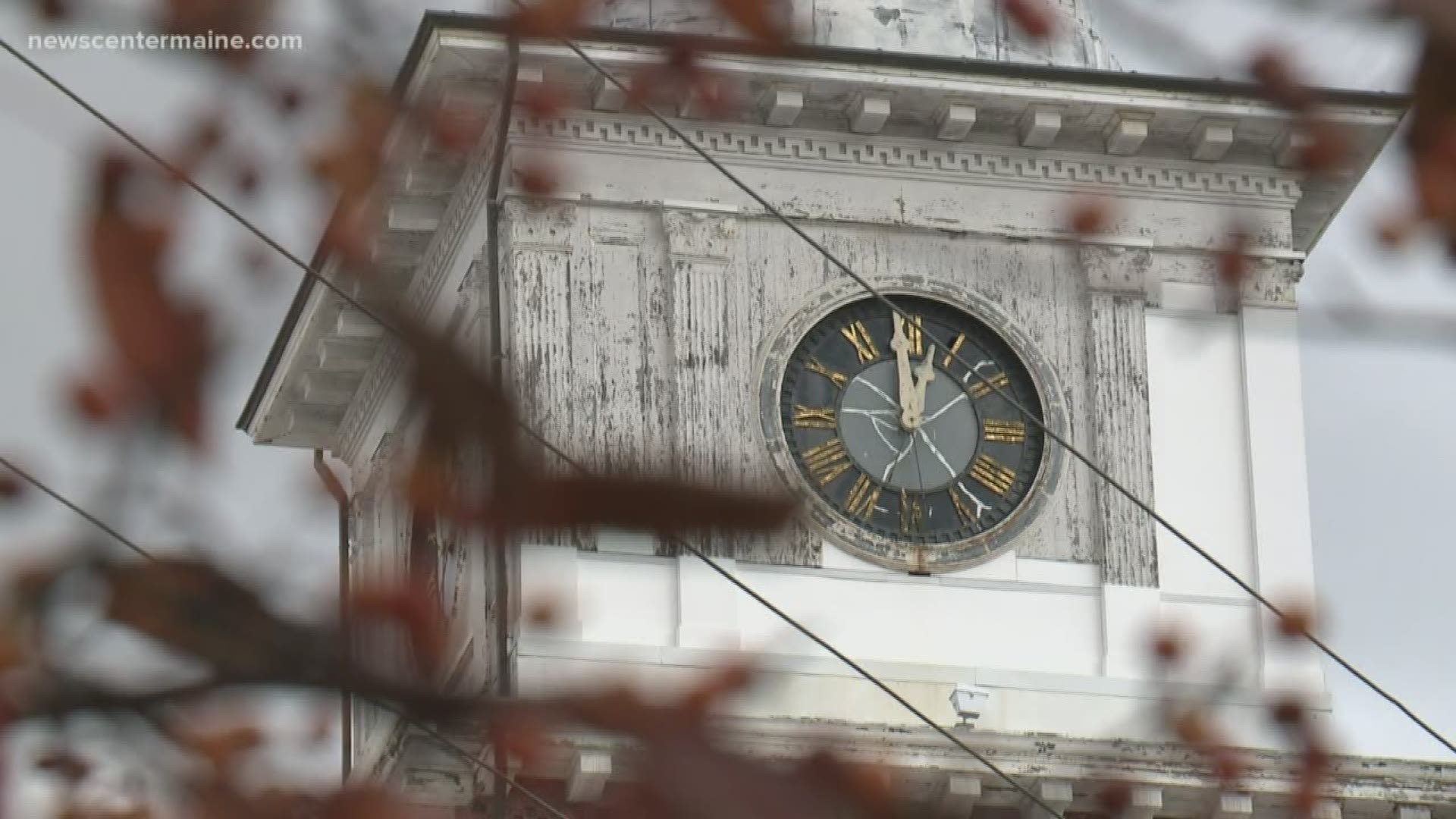 BIDDEFORD, Maine — Biddeford is back on the clock.

The city's most visible timepiece returned to its home in the tower on top of city hall on Thursday, October 10. And the next day, city leaders gave a tour of its inner workings.

“This beautifully restored clock stands here as a reminder of the people who came to Biddeford, built Biddeford, and brought their families here from countries all over the world,” said Heart of Biddeford Executive Director Delilah Poupore.

The project to get the clock back in working order was made possible by a $150,000 grant from the American Express Partners in Preservation program. In order to secure the grant, the community had to rally enough support to win a nationwide online vote. The effort paid off by exempting local taxpayers from footing any part of the bill.

“The community has been buzzing with support for this project since the grant competition began last year, and now we can finally say that it's our time to feel pride in this landmark once again,” said Mayor Alan Casavant.

Built by E. Howard & Co., the clock first took its perch overlooking Biddeford in the early 1900s. An overhaul in the 1960s removed many of its mechanical components and replaced them with electric motors.

Balzer Family Clock Works oversaw the latest renovations. Company craftsmen rolled back the electrical alterations and restored the clock to its mechanical roots. Lost pieces including pulleys, weights and a pendulum bob were all reinstalled.

But the Balzer crew wasn't beholden to the past. They added new features like an automatic winding system to relieve city workers from the burden of manually resetting the weights each day.

RELATED: Historic clock tower in Biddeford will get a facelift thanks to public support

While the internal mechanism remains out of sight, there are plenty of upgrades to see from street level. Workers carved new hands for the clock out of redwood and then covered them in gold leaf to make them stand out against the new glass dials.

"It's not about money, just forget about money. If you do things for money you're out of your mind anyway because really you need to do what you want to do, in this case, for the history of Biddeford and for the industry," said clock repair specialist Rick Balzer. "These timepieces, we stopped producing them in the early 60s. There was only one made then and all of those that have been built since then, 10 or 12 of them, built in the United States were built by us, here in Maine"

For all of the progress that's been made on the clock, there's still more to be done. The grant also covers repairs to the surrounding woodwork. The full project is slated for completion by the end of June 2020.