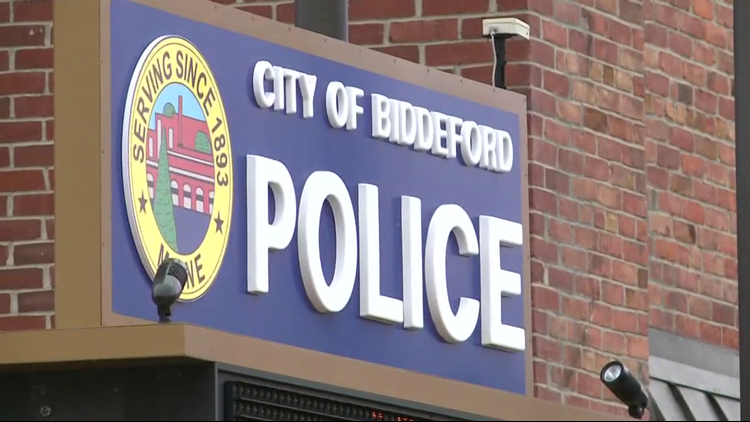 PORTLAND, Maine — A federal judge in Maine ruled Tuesday that certain claims made in a lawsuit against the city of Biddeford, its current police chief and one of the department's former officers are time-barred, thus expiring jurisdiction.

U.S. District Judge Lance Walker ruled in favor of a summary judgement motion recently submitted by the city and Biddeford Police Chief Roger Beaupre which, in part, questioned the claims' statute of limitations and the amount of time it took for the allegations to be reported to authorities.

"[Lauzon] did not exercise reasonable diligence in pursuing his claim," Judge Walker wrote in his decision. "The facts underlying his claims against the [city] and [Beaupre] were not inherently unknowable and yet, for his own personal and perhaps understandable reasons, [Lauzon] buried his head in the sand. This choice was his to make but it does not obviate the statute of limitations."

The suit, initially filed Oct. 29, 2015, in York County Superior Court by Lauzon, alleges that Stephen Dodd, an active Biddeford police officer at the time, assaulted him when he was a minor; and also alleges Beaupre, then and now Biddeford's police chief, "knew or should have known about Dodd's misconduct and failed to take appropriate action to prevent the abuse."

Lauzon's statements allege he was sexually abused by an adult neighbor when he was a young teenager between the ages of 13 and 15.

He didn't immediately report the sexual abuse to family or police, according to court documents; however, after the neighbor called his house to speak to him, Lauzon's family filed a complaint with the Biddeford Police Department, in which they reported that the neighbor was harassing Lauzon.

An officer and two detectives from the police department visited Lauzon's home to investigate on July 27, 2000, at which time Lauzon did not reveal his sexual encounter, court documents state. Officers filed a report, which was submitted to Dodd, the officers' supervisor and approving officer.

Dodd then used a private computer in his home to contact Lauzon through an instant messaging service, according to the court documents. Lauzon allegedly asked whether Dodd was a police officer, to which Dodd acknowledged he was, in Biddeford. Lauzon later testified that Dodd indicated he knew "something happened to [Lauzon]," and made an offer to help.

The filing states that Lauzon and Dodd arranged to meet in person, that Dodd arrived out of uniform, driving his own vehicle, and suggested the two return to his home. After Lauzon said he was uncomfortable with that suggestion, Dodd apparently drove them about 15 minutes away, stopped on a dirt road and the two allegedly engaged in a sexual activity in Dodd's vehicle, the docs state.

According to the court documents, sometime after this initial encounter, Lauzon and Todd engaged in an additional encounter, and Lauzon said he and Dodd arranged a third meeting "to engage in sexual activity in exchange for $100," but Lauzon "panicked and left" before entering Dodd's home.

Dodd's activities had been the subject of investigations both before and after his alleged encounters with Lauzon, according to court documents:

In October 2014, Lauzon, then 30 years old, contacted Maine State Police regarding his alleged abuse by Dodd, and was referred to the Biddeford Police Department. He also reportedly spoke with others claiming abuse by Dodd.

Lauzon testified that from 2005 to 2010 he focused on "getting to the place where [he] could try to deal [with Dodd's abuse]," though did occasionally search the internet "to make sure that [Dodd] hadn't molested another kid and wasn't in the news."

Walker's decision came after the two parties involved in the case were unable to agree upon a stipulated record, an impasse they informed the court of in February, despite "enthusiastically signal[ing] their understanding" of the rules.

Walker notes this made ruling on the summary judgement tedious, as Maine's "Local Rule 56" requires parties filing such a motion are required to submit a “separate, short, and concise statement of material facts.”

A total of 668 statement of "material" facts were submitted, Walker said, but a "disappointingly few of the purported facts submitted by both parties were material to the three narrow legal questions advanced in the motion."

"Despite this anemic effort at trimming the fat … I have labored through the Rule 56 statements and the merits of the parties’ arguments notwithstanding their constitutional inability to steer within the navigational beacons of the rulebook," Walker stated in his decision.

Beaupre and the city, separate from Dodd, moved for a summary judgement on three issues:

According to Walker, Maine has a six-year statute of limitations pertaining to section 1983 cases. Federal law says accrual date begins "when the plaintiff knows, or has reason to know, of the injury on which the action is based"; however, when plaintiffs allege harms were inflicted before they reached the age of majority, federal court borrows from state law. In this case, Maine's law says accrual would begin at age of majority. Lauzon reached age of majority in January 2003, meaning statue of of limitations would've expired in 2009.

Citing a prior First District decision, Walker states that "[o]nce a plaintiff knows of the injury and its probable cause, he/she bears the responsibility of inquiring among the medical and legal communities," and if a plaintiff fails to, the "law will impute to her[/him] an awareness of any knowledge that she[/he] would have uncovered if she[/he] had undertaken that inquiry."

"As alleged, Plaintiff suffered a tremendous wrong at the hands of Defendant Dodd – a man who Plaintiff’s own allegations establish was closely associated with Defendant Beaupre, the BPD, and the City of Biddeford.

"Although Plaintiff did not know the factual contours of his potential case against Defendants Beaupre and the City of Biddeford at the time of his assault, he was aware that he had suffered terrible harms by a man closely affiliated with both and could have made inquiries and likely discovered information on which to ground his claims

"Certainly, upon reaching the age of majority, he could have reached out to the community at large, as he did in 2014, and learned of the suspicions and experiences of others that buttress his current claim – particularly the allegations of Jonathan Clark, with whom Plaintiff had been closely acquainted and who claimed he had been sexually abused by Dodd in 1998 and had even written a letter to the Governor of Maine in 2006 detailing his suspicions that the BPD and Chief Beaupre were aware of the abuse, but covered it up. In short, Plaintiff could have pursued the course he took in 2014.

"Instead, Plaintiff made a conscious choice to not pursue or even discuss his potential claim until he reached age thirty.

"This choice – emotionally justifiable as it may be – does not somehow absolve him of his duty to perform even the most basic of investigations into possible avenues of legal recourse. The duty to investigate is “not a negligible one.” Marrapese, 749 F.2d at 943-44 (reaffirming that a plaintiff cannot “simply sit back, without further investigation, and permit the statutory period to lapse.”

"Like a patient who knows he has been harmed by a specific physician, Plaintiff knew he had been harmed, in a most horrible way, by a Biddeford Police Officer (whether or not Dodd was acting under color of law) and could have been notified by an attorney of the potential of asserting claims against the City and Defendant Beaupre as well as the importance of engaging in reasonable investigation – if he had only asked."

Judge Walker said due to Lauzon's claims against Beaupre and city being time-barred, he only addressed the question of the applicable statute of limitations period and relevant tolling provisions

Additionally, he said due to Lauzon failing to file his claims against the city and Beaupre within the applicable statute of limitations period, "I need not address whether Defendant Dodd acted under color of law or whether Defendant Beaupre is entitled to qualified immunity. Both inquiries ultimately inform the question of the City of Biddeford and Chief Beaupre’s liability, which, because Plaintiff’s claims against them are time-barred, is now a moot issue."