Players from the 90's, 2000s and the current decade competed and raised money for Biddeford's football program. 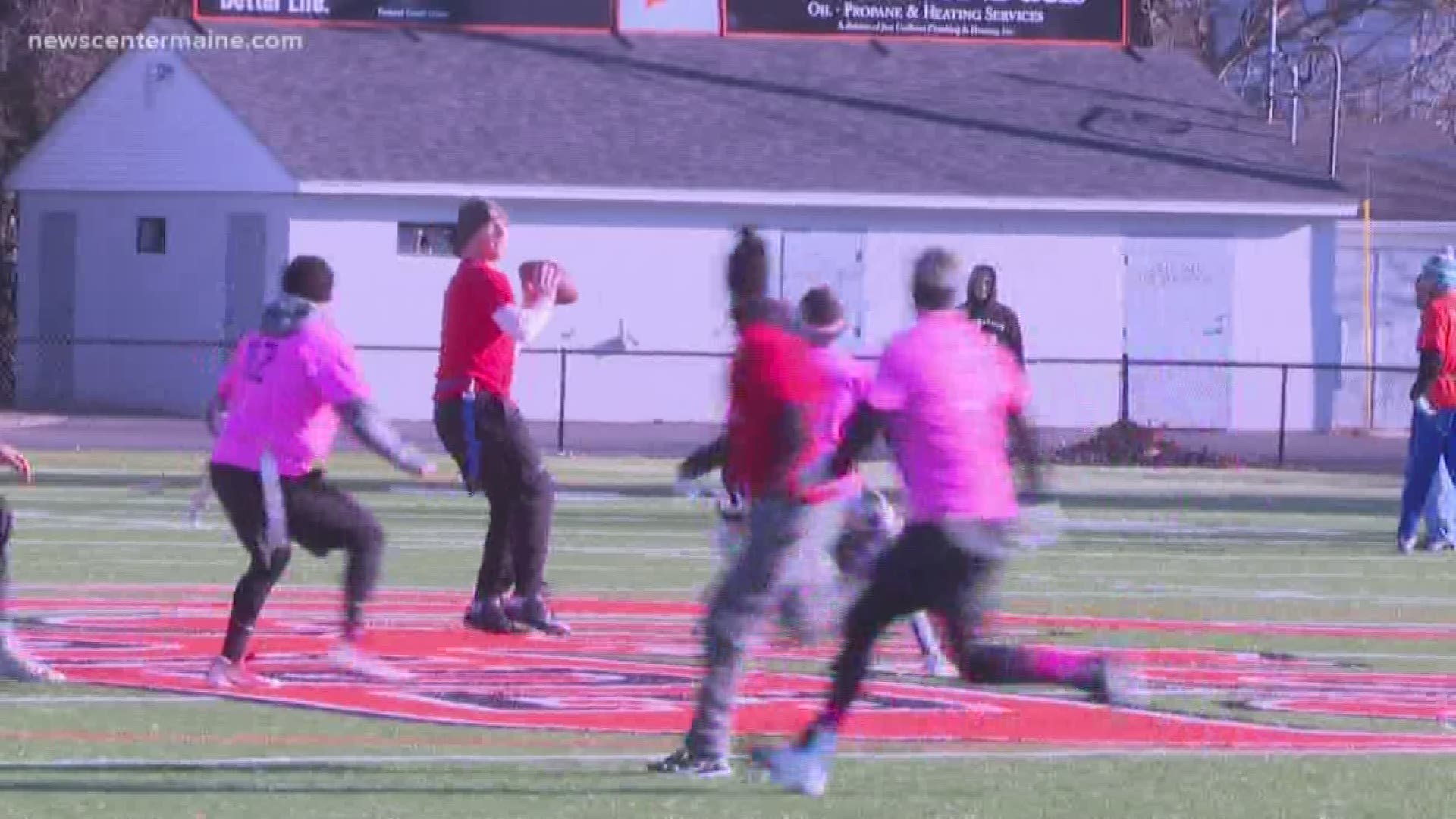 BIDDEFORD, Maine — This time of year is full of traditions, and in Biddeford, a new one was started on the football field.

Teams made up of former Tiger football players convened at Waterhouse field for the first alumni flag football tournament.

Players from the 90's, 2000s and the current decade competed and raised money for Biddeford's football program.

The team captains hope this is the start of an annual tradition that unites former players and keeps Tiger football going strong.

"A lot of the younger players probably saw guys like myself play at one point, so it's really cool in that sense. And I've actually had the opportunity to come back and play with guys that I coached at one point. I think we all kind of feel like this should have a happened a long time ago, so this is great," said Marcus Crowell, Class of 1998.

About 70 players participated in this inaugural tournament. The goal is to grow participation as the years go on.