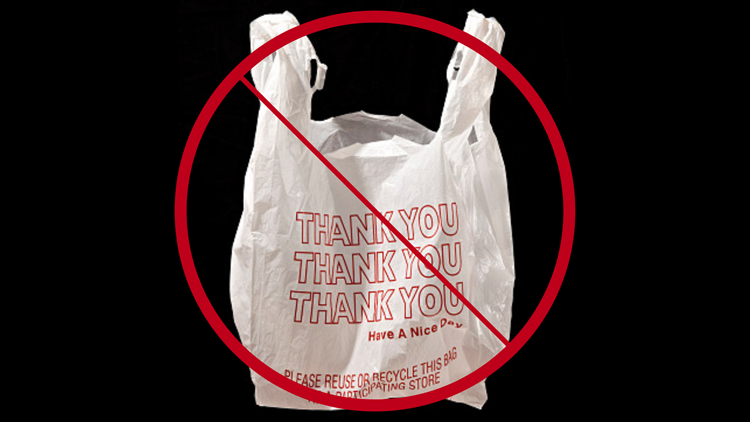 Photo by: Getty Images, NCM
The city of Biddeford joins a growing list of municipalities that have banned plastic bags in Maine.

BIDDEFORD, Maine — Biddeford shoppers and retailers will need to adjust after the City Council there approved an ordinance to ban single-use plastic bags.

The ordinance prohibits Biddeford retailers from offering plastic bags citing environmental impacts and recent recycling contamination issues that the City has been facing.

“Many people think that they should bag their recyclables before putting them in the recycling bin, but plastic bags are actually not accepted in the curbside recycling program,” said Public Works Director Jeff Demers.

“The bags interfere with the sorting process at the recycling facility and are the biggest source of recycling contamination in our community.”

The ban will affect at all grocery and convenience stores, markets, pharmacies, restaurants, take-out food, temporary and seasonal businesses, and other merchant retailers in Biddeford.

The ban will take effect on July 15 which city officials say gives business owners time to use their existing inventory of plastic bags.

After July 15, retailers can be fined up to $250 for the first violation and $500 for each subsequent violation in a one-year period.

RELATED: Plastic bag ban: Biddeford could be next

The city of Biddeford joins a growing list of municipalities in Maine that have already banned plastic bags (List courtesy of Press Herald).

Municipalities with fees for plastic bags:

Stores may still choose to provide paper bags to customers for free or for a fee.