The days of parking for free in city lots will soon be in the rearview mirror in one Maine city. 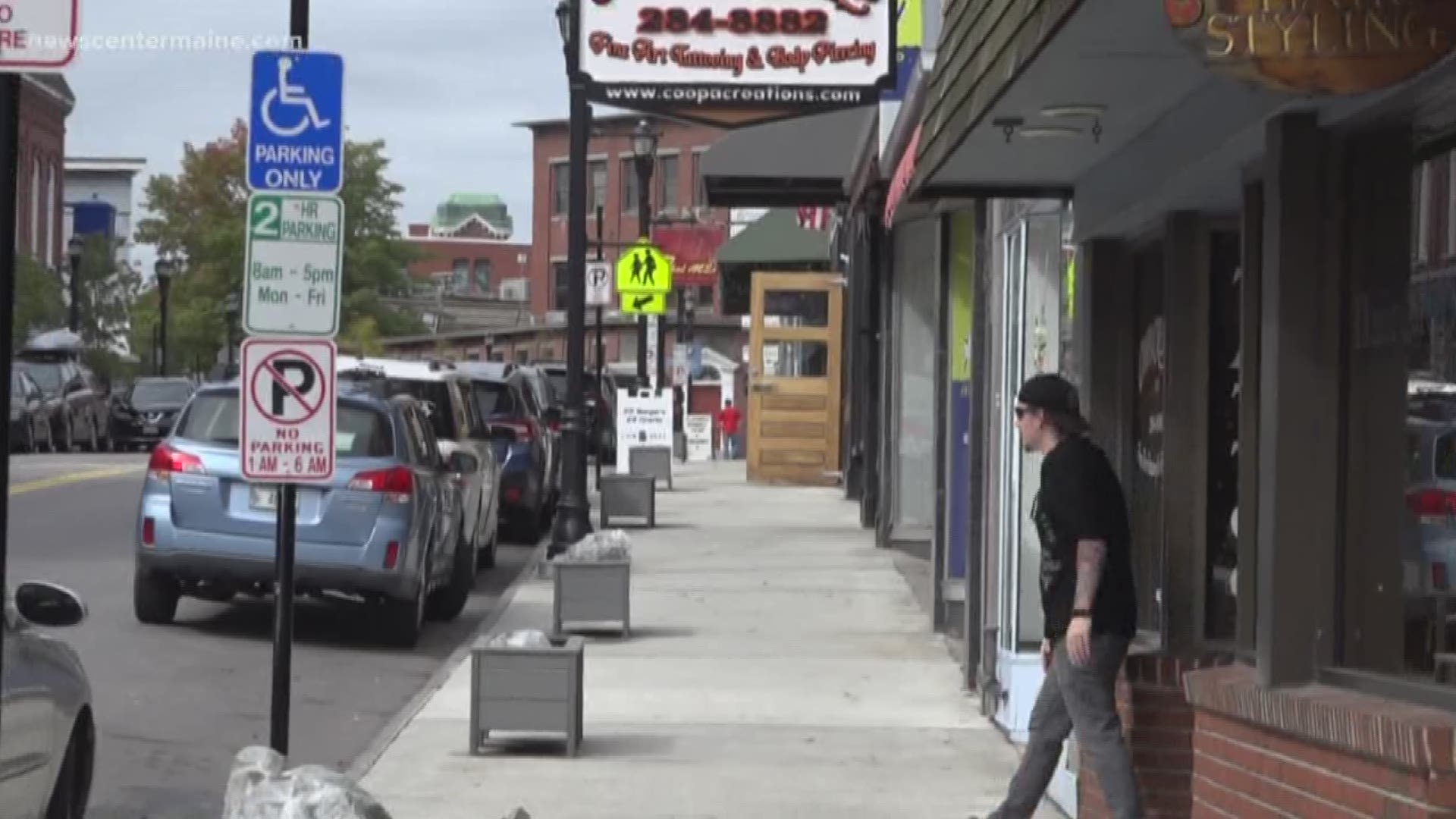 BIDDEFORD (NEWS CENTER Maine) -- The days of parking for free in city lots will soon be in the rearview mirror in one Maine city. One viewer, who wrote to us, says locals are outraged about the parking changes in Biddeford. Starting November 1st, paid parking permits will be required for all users of municipal lots. It's said to be an effort to control the congested parking situation. The feelings about the plans, are mixed.

"It's challenging, depending on the day," said Jennifer Burke about finding a place to park.

"Pretty challenging to find a spot to get here in the morning," said Michael Desouza.

People are puzzled over parking in Biddeford. Some say it's a good sign there's nowhere to park, because it shows the downtown is developing. People like, Steve Reny who does the maintenance work for the Liberty Block.

"It's great that it's getting so busy down here," said Reny. "We just gotta go with the flow."

But on the other hand, he's heard concerns. So he's taking matters into his own hands.

"I'm putting up no parking signs because so many people park in our parking lot now," he said. "And there's like no parking anywhere. And our tenants are getting upset about their spots being taken when they come home."

The Biddeford City Council held three public meetings about the matter in April. As the result of public feedback and staff recommendations, they drafted a three phase parking management program.

The first phase makes parking along the Main Street corridor short-term parking, with 30 minute and 2-hour spaces. Phase two will make eight public surface lots, pay per use lots. For some who don't live in Biddeford but work there, that's the phase they take issue with.

"That's going to change some of my incentive to come down here frankly because I belong to a co-working space that is both here and in Portland and the reason that I come down to this one is because parking is so challenging in Portland," said Michael Desouza.

The last phase still pends approval. If given the green light a $10 million parking garage will go up on Lincoln Street.

So how bad is the parking problem?

Let's look at city data for the Mill District alone:

There's a deficit of 842 spaces. It's expected to increase to more more than 1,400 spaces by the time the Mill space is fully occupied. And, once the site at 3 Lincoln Street is developed, that deficit is predicted to soar 180% more.

"Everybody wants Biddeford to grow, and that means investment by taxpayers as well," said Jennifer Burke.

"We have to do something to kind of lower the traffic level or make it more accessible," said another person. "So I definitely think it's worth a try."

According to the city, that November 1st rollout date is tentative.

Starting Thursday October 4, forms to apply for parking permits for those lots will become available online and at the city clerk's office.

You can also download the free app, WaytoPark, which will work too.