Belfast greenhouse gets a 'greener' upgrade

Middle school students and volunteers are building a climate battery. It will store heat from the sun in the dirt underground to warm the greenhouse during winter. 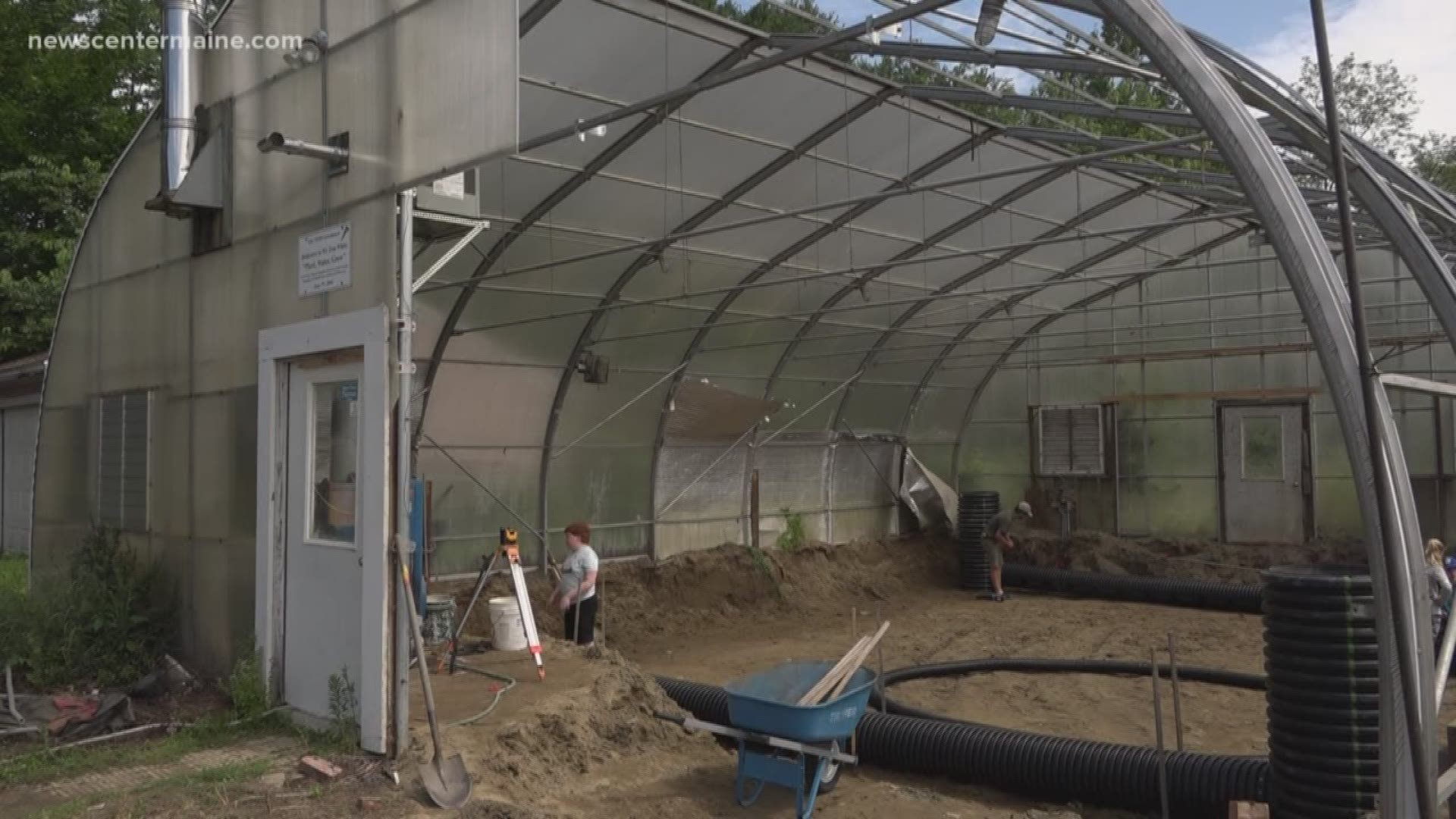 BELFAST, Maine — A Belfast greenhouse that's nearly 20 years old is getting some upgrades -- all in an effort to reduce its carbon footprint.

It is a 'green' house, after all, which is why students and faculty at Troy Howard Middle School are working to make the space sustainable, without further polluting the Earth.

Since parts of the greenhouse are aging out anyways, the garden's coordinator, David Wessels, said it's the right time to redo and replace. Instead of buying a new furnace to help heat the greenhouse, though, he's using money the garden received from a grant toward a more sustainable alternative.

"This special greenhouse battery, as Mr. Wessels likes to call it, is going to be under the ground to capture heat -- so when the sun's covered up, we'll have heat throughout the winter," said eighth grader Eric Lear.

Lear's got the gist of it.

A group of middle school students and teacher volunteers are using piping to build a sustainable heating system underneath the ground in the greenhouse.

"The trick is, can we store [the heat] for nighttime and also for the wintertime?" questioned Wessels.

He said this endeavor is quite experimental. He believes they're building the only climate battery of its kind in the state.

"We're going to put in the climate battery and do a bunch of insulation and weatherization work and then see where we stand," said Wessels. "Ultimately, we'd like to get off of fossil fuels 100 percent."

"We won't be burning so much oil and stuff," added Lear.

As for the students who work in the garden year-round, this greenhouse upgrade is a welcome one and a source of personal pride for some.

"It feels great to know that I'm helping the environment by creating some eco-friendly thing," said seventh grader Rohan Joseph.

Students like Lear and Joseph are using their free time this summer to do an "eco-friendly thing" that their classmates won't even see unless they look under the ground.

It might just happen though, since most of the middle-schoolers are used to getting their hands dirty.

"You get to be with your friends, and you get to do fun stuff -- but also help around the garden," said seventh grader Amelia Lepow.

Since construction of the greenhouse's climate battery is happening this summer, Wessels doesn't believe enough heat will be stored in the dirt in the next few weeks to last through winter.

It'll be another year before Wessels and his students know how well their climate battery actually works, but they're planning on keeping data and tracking their progress when it's completely up and running.