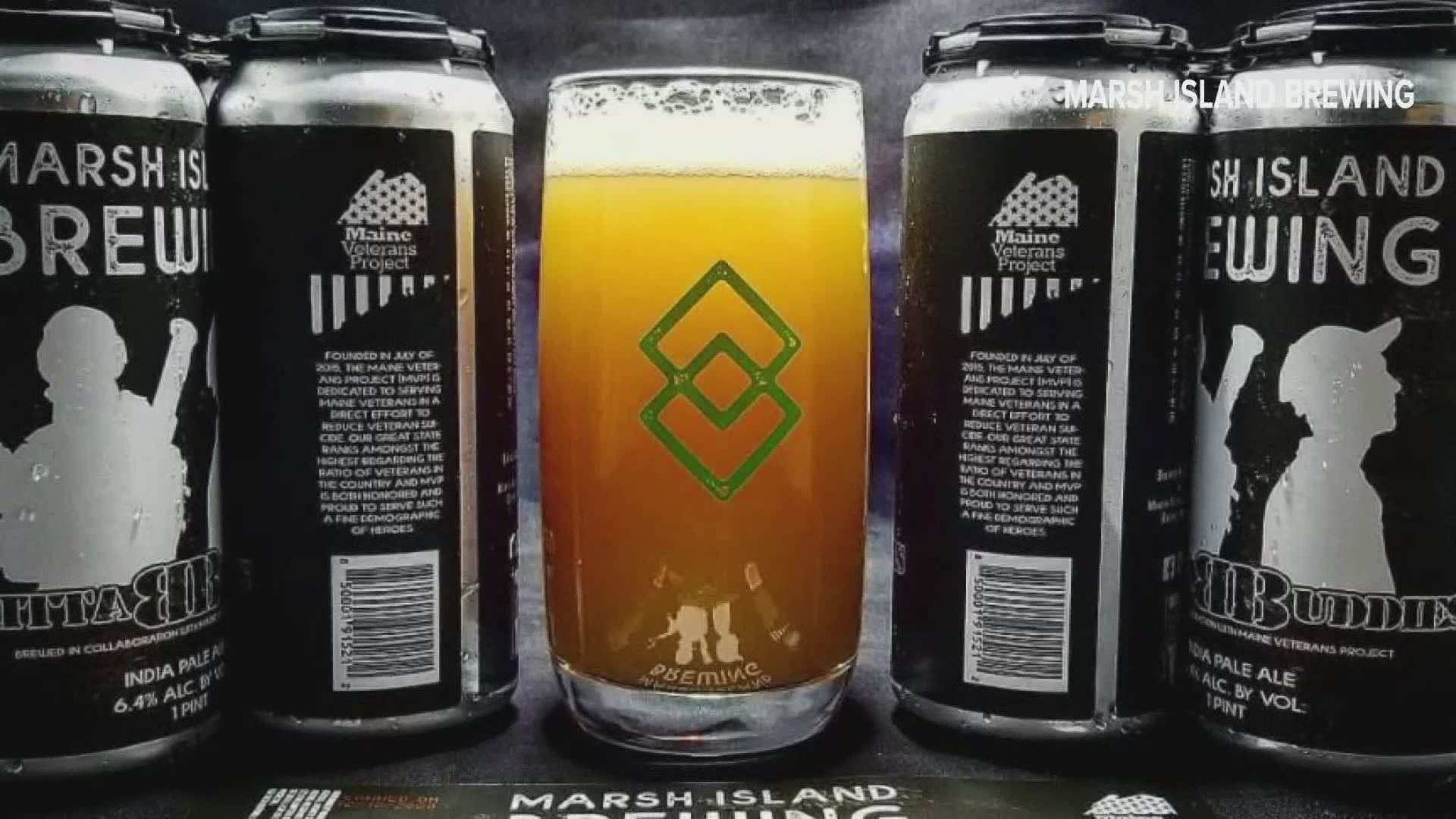 ORONO, Maine — Even during a pandemic, Mainers are still working together.

Just ask Doc Goodwin. He's the President and founder of the Maine Veterans Project (MVP). For five years, Goodwin and his volunteers have helped raise roofs, donated cars, or donated fuel to dozens of veterans in our state.

Goodwin served with the Navy overseas and knows about the challenges other servicemen have to face when they return to civilian life.

"For some crazy reason magically, as soon as we get out of the military, we’re loners. We don’t know how to ask for help anymore, we don’t want to lean on each other, we don’t have that direct support system," he added.

A direct support system can be all the difference, Goodwin added, That's why his non-profit is looking to help veterans in multiple ways. For organizations like MVP, advertising and marketing are crucial for outreach but the budgets are hard to work with.

Goodwin has had a few marketing ideas in his head for a while, one of which is now 'pouring' out.

“To be honest, I’ve wanted MVP’s logo on a beer since we started," he said.

“[MVP does] a ton of good things for the veterans in our state that need a little help," Craig Faulkner, the Operations Manager and Assistant Brewer at Marsh Island Brewing, said.

The Orono-based brewery has committed itself to serve the customers and also the community. Faulkner added without community support, his business would not have been able to expand and be successful.

“We like to keep something going all the time that’s giving back to different causes," he said.

Faulkner admitted he had been following MVP's work on social media and reached out to Goodwin to collaborate on a new beer. It took the two no time to go from pen and paper to draft and can.

“It’s only been a little over a month since our very first communication to the point where I have a can of beer in my hand," Goodwin said.

The name of the beer: Battle Buddies.

“That’s what we’re missing most as individual veterans. We’re missing that comradery, that teamwork," Goodwin said.

The beer is a New England IPA, using special hops that when purchased, a portion of proceeds benefits a national veterans organization. Head Brewer Clay Randall said he also wanted to help veterans in Maine.

RELATED: Maine's breweries may face another challenge on top of an already challenging time

“We knew we wanted to donate our, a portion of our proceeds to another veteran’s cause, but keep it local," Randall said.

The restaurant, bar, and brewery industry has been taking hit after hit during this pandemic, but Marsh Island is still open and still wants to help those in need.

“Everybody’s having a rough time right now and when we can do something, we usually will do something," Randall said.

“Just because we’re having, you know, having a little bit of a hardship doesn’t mean other people aren’t having a hardship as well," Faulkner added.

Goodwin hopes veterans in the state see the logo and the MVP mission statement on the can's label and reach out for help if they need it.

“There are more people in the dark than there ever have been and we’re trying to be a light in the dark for those folks," he said.

Along with this new beverage marketing, Goodwin added he is hopeful to get more veteran projects in the work by this spring. He said any veteran in need can reach out anytime to the number on the MVP Facebook page or website.

Goodwin is the one who answers the phone and he said any veteran can call at any time.

Battle Buddies is already on draft in Orono and in store shelves statewide.