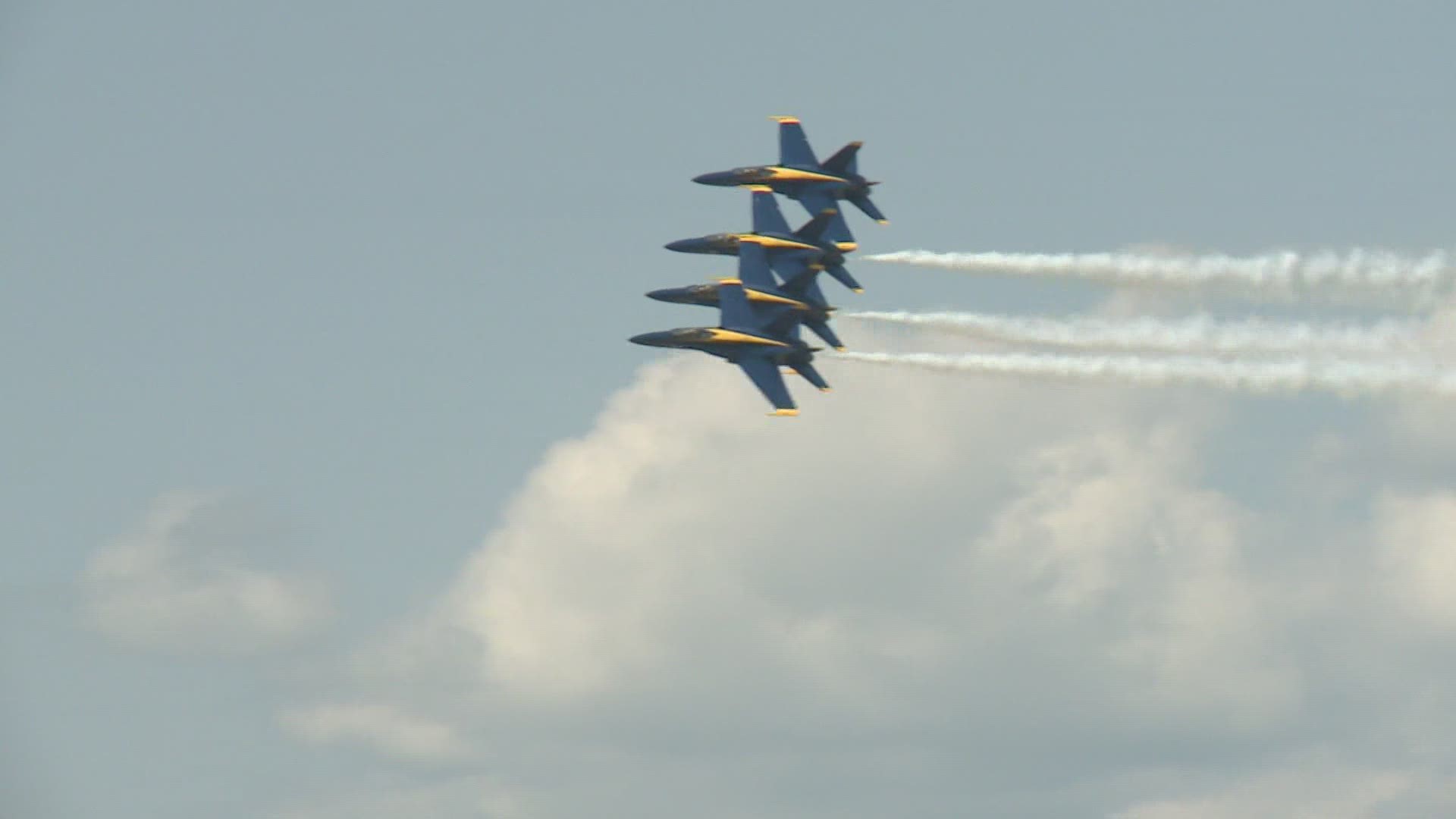 BRUNSWICK, Maine — For the first time since 2017, the U.S. Navy Blue Angels will head to Brunswick over Labor Day weekend to headline the 2021 Great State of Maine Air Show.

The flight demonstration squadron, which celebrates its 75th anniversary this year, will include a new F-18 Super Hornet aircraft, 25 percent larger than the previous Legacy Hornet, which retired last year.

The 2021 Great State of Maine Air Show will be the only stop in New England for the Blue Angels, according to a release.

On May 22, 2020, the air show scheduled for last August was canceled due to restrictions on public gatherings due to COVID-19.

In August 2017, the air show drew more than 45,000 spectators to the former Brunswick Naval Air Station to watch the Navy flight demonstration team, the U.S. Air Force Heritage Flight, and the U.S. Special Operations Command parachute team, along with a host of other military and civilian pilots.

The show is scheduled to take place at Brunswick Executive Airport on Sept 4-5. Tickets will go on sale July 6, online only, at GreatStateofMaineAirShow.us.

Tickets will not be available at the show.

The first air show featuring the Navy Blue Angels coincided with a visit to Maine by President John F. Kennedy in 1962.