Less than 2 weeks after Garrett Lynn Bailey suffered 'horrific' injuries while working with a crane at the Bath shipyard, his mother said he's coming home 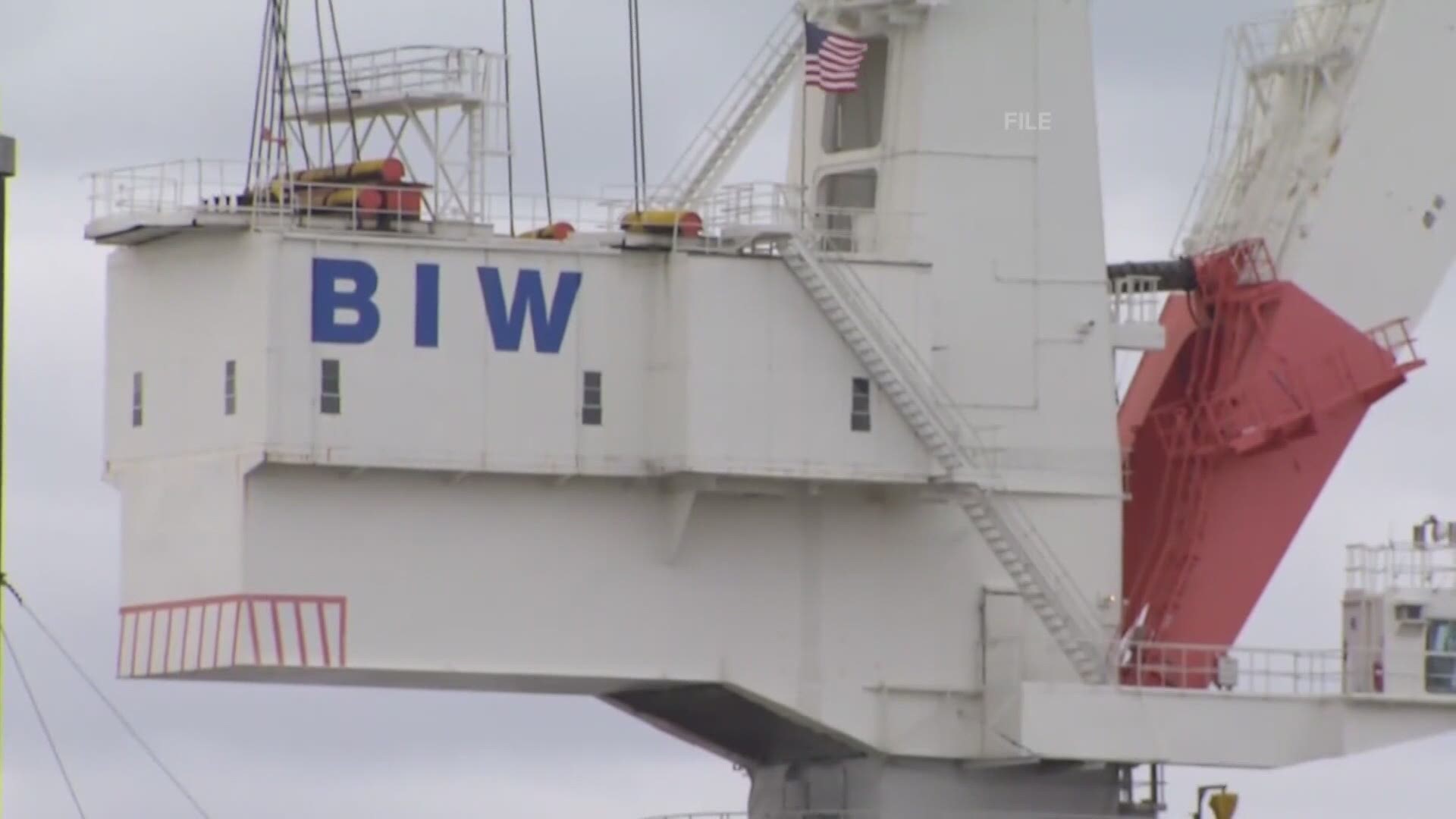 BATH, Maine — A rigger critically injured at Bath Iron Works while working with a crane Jan. 23 is due to be released from the hospital, his mother said Wednesday.

Early Wednesday, she wrote on Facebook, "My heart is full and (I) have tears in my eyes. My son is being released and will be coming home to us Friday."

Bailey, 31, a rigger who works from the ground as cranes are operated, was injured Saturday while working in the Bath shipyard. He underwent several surgeries and other procedures in the next few days.

"His injuries are some of the most severe Local Lodge S6 has ever encountered," union officials said.

Local S6 of the Machinists Union has raised $26,395 to date through a GoFundMe campaign, and workers donated more than $33,000 during gate collections on Jan. 28.

Last Wednesday, Mary Bailey said her son was awake and breathing on his own. She wrote Thursday that he was "sitting on the side of the bed and doing physical therapy, and on Friday, a spokeswoman for Maine Medical Center said his condition had been upgraded from critical to fair.

On Monday, Garrett Bailey posted on Facebook, thanking members of Local S6 "for the overwhelming support."

On Tuesday, his mother posted that she visited with Bailey via FaceTime and he was able to talk to family members. "His spirits are good and (he) still has his sense of humor," she wrote.

Following the accident, a critical incident response team from the International Association of Machinists and Aerospace Workers, which includes Local S6, was at the shipyard Monday and Tuesday counseling witnesses to the accident and others involved.

In a statement following the accident, BIW said, in part, "Understanding the facts and circumstances that led to this unfortunate accident is critical so we can learn from them and ensure that something like this never happens again."