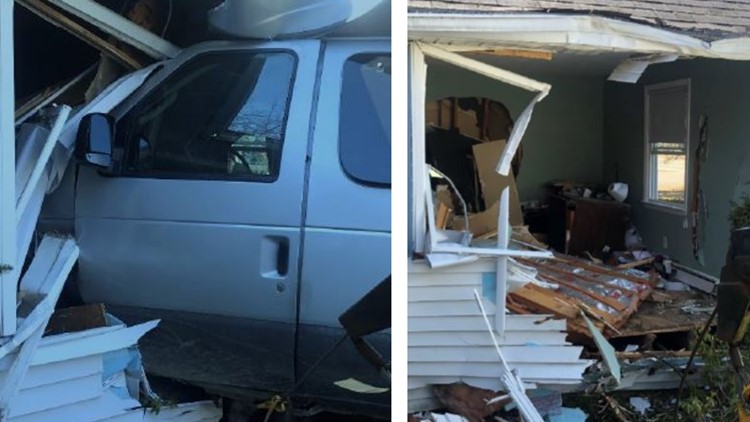 Bath Police Department and Bath Fire Department responded to 18 Webber Avenue around 3:45 a.m. for a report of a van that had crashed into a house.

Upon arrival officers located the homeowner, a 91-year-old woman, who was uninjured. She told officers she had been asleep and was wakened by a loud crash. She then realized a van had crashed into her den.

Police said the 23-year-old suspect fled the scene on foot and wasn't immediately located. Officers searched for him and were unable to locate him near the scene. They later received a call from someone who said they had picked him up and dropped him off in Phippsburg.

Police then responded to the residence in Phippsburg and identified the driver, who had minor injuries. Phippsburg EMS transported him to a local hospital.

Bath police are continuing to investigate what led up to the crash and said they are withholding the driver's identity. However, they did say criminal charges may result from the investigation.

RELATED: Driver hits black ice on I-95 in Waterville, spins sideways into other vehicle