Grover, who started at the shipyard in 1952, remembered when 'There was a ship going down the river every three weeks.' 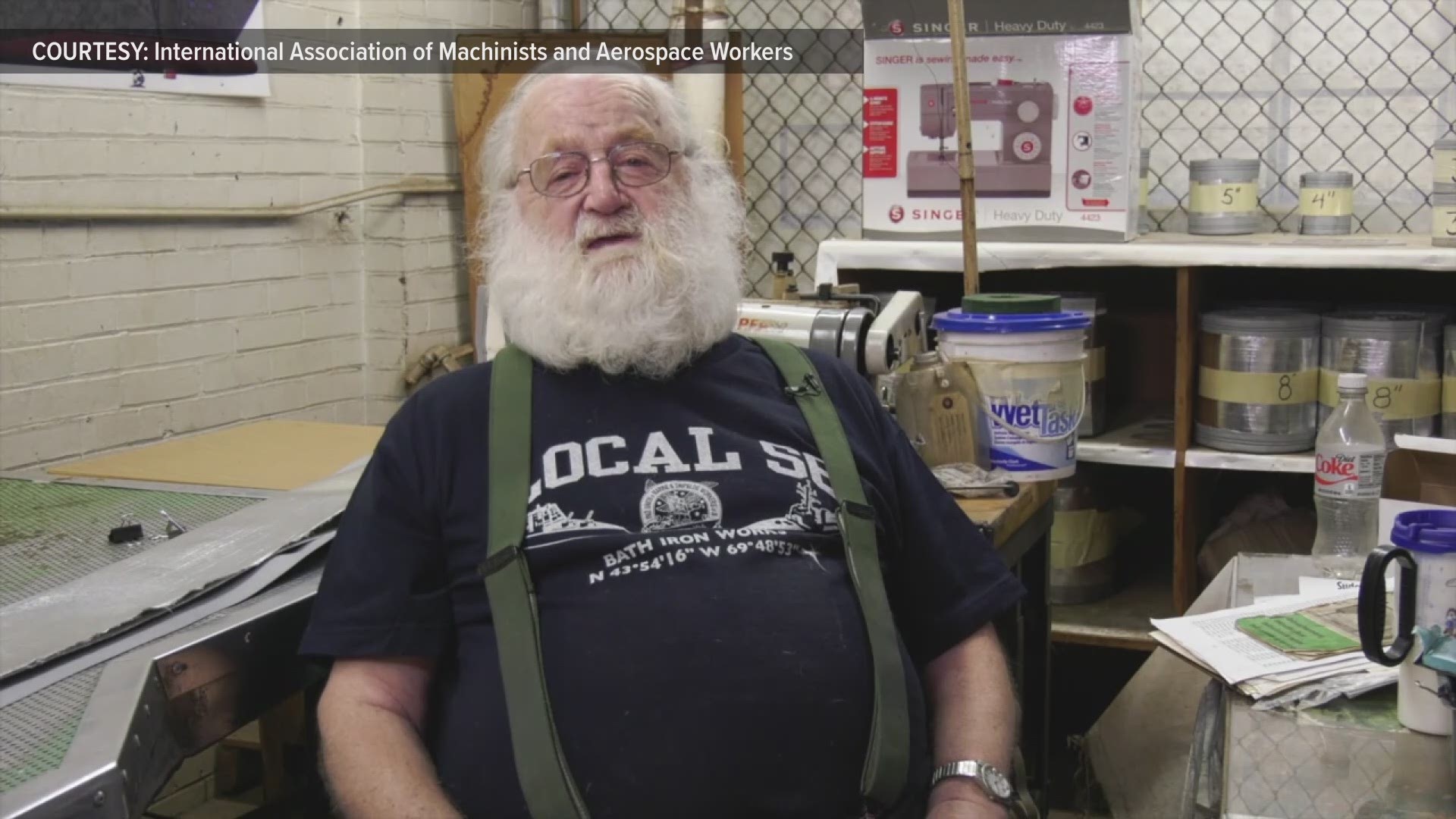 BATH, Maine — When Clayton Grover started in the pipe-covering department at Bath Iron Works at age 19, he earned $1.21 an hour.

That was Aug. 21, 1952, when, he said earlier this year, "you could throw a rock acrost" the yard. There was a ship going down the river every three weeks."

He died Friday at 86, prompting many shipbuilders to remember the stories, cookies and general good cheer Grover, with his Santa Claus-like beard, shared throughout the years.

Grover's only extended leave from BIW was in 1953, when he served in the U.S. Army.

At the shipyard, he worked in the "pad" shop, where employees told BIW that Grover would recite "long, epic poems from memory" and sing country music songs.

Most recently, Grover worked in what was known as a "cage," using a sewing machine to make bags to wrap around piping.

In a video produced earlier this year by the International Association of Machinists and Aerospace Workers -- Grover was a member of Local S6 -- Grover said that while coming to work had gotten harder in recent years, he didn't want to retire and "become a couch potato."

Instead, the company created "resting points" for him -- a table, a post in the ground 'bout that big around' that Grover called his "perch" -- and found him a parking space right outside the North gate to the yard.

Kris Lamontagne, who has worked at the shipyard for four years, said he met Grover in the insulation department. He said Grover shared BIW history and "how things used to be."

"Ships used to be launched way further up Washington Street than they are now," he said. "They used to pay you according to how much insulation you could lay."

Lamontagne said Grover was "just one of those really kind, sweet men. You could go by his cage and there would be three or four people talking to him. He always had crackers and cookies and he'd want to talk about everything. He was one of those guys you could shoot the shit with."

On Monday, friends and co-workers remembered Grover on Facebook.

"Clayton used to come into the restaurant where I worked," wrote Laurie Ezzell. "One morning I called out, 'Good morning Clayton, you handsome devil' and he grinned and said, "I know, I can't help it!"

Grover said he'd continue to work as long as he could.

“I come here because I can," he said. "I’ve been coming here and if I had retired, I have little doubts about being around today ... As long as I figure I’m an asset for the company and can do the job that I’ve got."