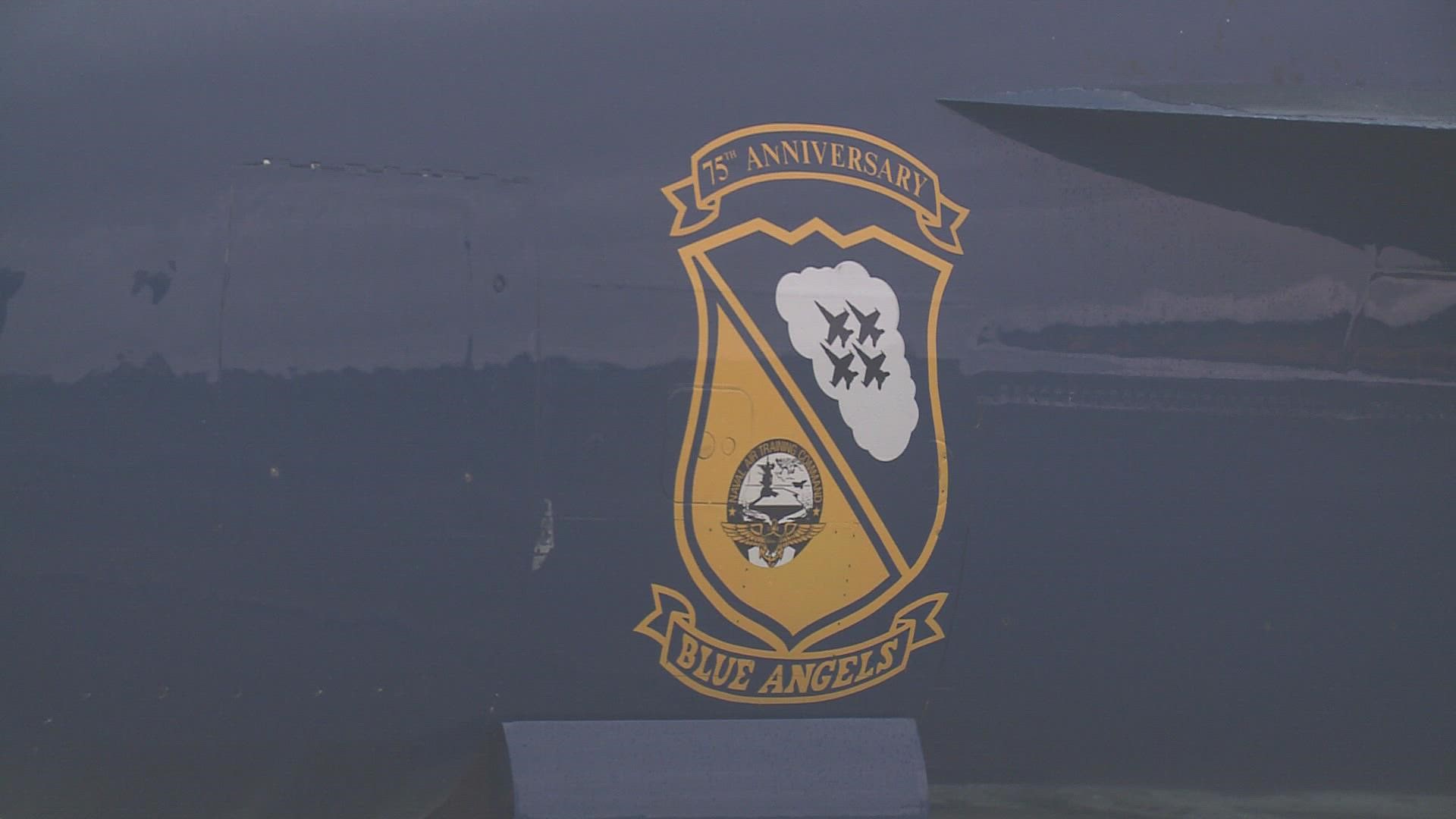 The jets landed at Brunswick Executive Airport, on the former Brunswick Naval Air Station, drawing area onlookers who recognized the roar of the jet engines from previous air shows when the Navy still occupied the base.

The Blue Angels are capable at flying 1.4 times the speed of sound. A new jet called F-18 Hornet will be soaring through the sky.

Following an air show in London, Ontario, Canada over the weekend, the jets flew to Brunswick by way of Boston.

The air show, scheduled for Saturday and Sunday at Brunswick Executive Airport, marks the first time since 2017 that the Blue Angels have appeared in Brunswick.

The Blue Angels started in 1946 as way to bring the Navy to the public. It's what the Angels continue to do 75-years later.

Tickets are available online only at GreatStateOfMaineAirShow.us.

.@BlueAngels are back in Brunswick for the first time since 2017. They will be at The Great State of Maine Air Show this weekend. @newscentermaine pic.twitter.com/g73xe3LmdT