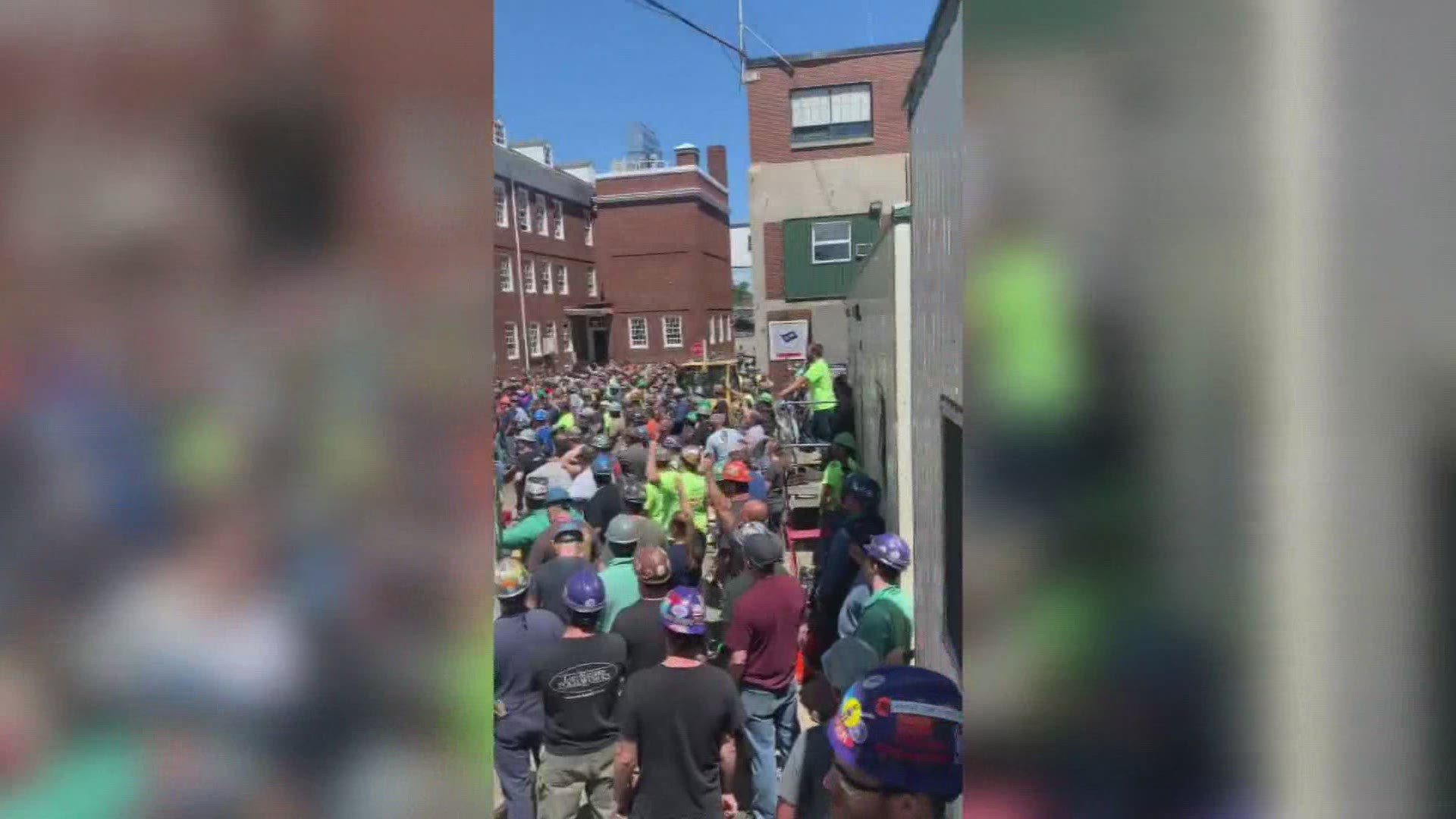 Members of Local S6 of the Machinists Union will vote by phone and email  beginning at noon Friday, with final results to be tallied on Sunday.

Following a number of rallies over recent weeks and calls for a strike posted on the union’s social media, Local S6 officials this week said they expect a strike will take place.

"We are preparing, and are prepared, I should say, for the inevitable,” Local S6 President Chris Weirs said Tuesday. “We really believe that there is going to be a strike. We are prepared for the strike. We have all of our committees in action ready to go, and it’s just too bad that it had to end up this way.”

The original four-year contract was due to expire on May 17, but union and company officials agreed to an extension through Sunday. Union officials say picket lines could form at 12:01 a.m. at the main shipyard’s gates and at facilities in Brunswick.

Four years ago, the union approved a contract that included bonuses but no raises – other than step and merit raises – for the duration of the contract.

The current contract proposal, which the union’s negotiating team unanimously voted to reject, includes three-percent raises for each year of the four-year contract.

But union officials say the contract also would allow the company more flexibility to subcontract work, even while laying off regular employees, and would essentially eliminate the company’s consideration of seniority when making work assignments.

BIW’s offer would allow it to subcontract the same types of work today more quickly, with a focus on regaining and maintaining schedule where we lack the skilled resources today. The company will continue to hire and has offered layoff protections that do not exist in the contract today. The company is not seeking to permanently outsource manufacturing work.

The company respects and values the experience of its mechanics. We understand the importance of seniority and recognize it as the guiding principle for many of the things we have and will continue to do in the shipyard.

We also recognize that in certain circumstances, seniority alone may not result in the assignment of the right person to the job. More than half of our employees have been here less than five years. In  limited circumstances, skill, ability, and other business needs may require assignments that are not determined entirely by seniority.

Bath Iron Works spokesman David Hench said previously that the company “negotiated in good faith toward an offer that we believe is fair and positions us for the future.”

In an interview last week with NEWS CENTER Maine, BIW President Dirk Lesko said the company is behind schedule on several ships, and they want to use subcontractors to catch up.

Union officials began preparing their members for a strike earlier this month, encouraging them to contact their mortgage companies and creditors to make arrangements.

Workers on strike are not eligible for unemployment and cannot file new workers compensation claims.

Wiers previously expressed concern that because of the pandemic, union members would be unable to hold their annual meeting at the Augusta Civic Center prior to voting on the contract -- and on whether or not to strike.